What is 'open' in Free and Open Source Software?

What is 'open' in Free and Open Source Software? 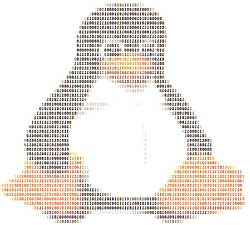 » When we buy a proprietary software, we are only buying the licence to use it under certain conditions. The conditions of use are explicitly laid out in the end user licence agreement.

But very few of us go through the elaborate licence agreement because it doesn't make much of a difference to a non-technical user (who is not into programming, for example). The licence agreement prohibits users from taking a part of the software to study how it works, modify, improve or even copy it.

• No discrimination The software should be user friendly for all, including the disabled for example. Also, there are no limitations on its use. People must be able to use the software for any purpose they want to

• Licence must not be specific to a product FOSS should be compatible with all kinds of hardware and software. It must not contaminate other software and must be technology-neutral

» Richard Stallman initiated the free software movement in the mid 1980s in the US.

In 1971, Stallman used to be a programmer at the Massachusetts Institute of Technology and it was around that time he worked with a software community using a massive central computer, which everybody shared.

The purpose of the community was to share software, an activity he says was "as natural as eating". A decade later, the members of the community found that they had become "illegal". They were shut out by either non-disclosure agreements or copyright notices that accompanied the operating system software they used. The notices forbade the sharing and modification of the software's source code--the program that made it work. As sharing and modifying the code was what the community was all about, this licence change presented a serious problem.

Stallman then decided that he would have to secure his independence by creating his own computer system if he wanted to write and share software with fellow programmers. He started off by creating Emacs, a programme that was given along with operating systems, and it could be used to change/modify the source code. James Gosling, another programmer, developed the software and called it Gosling Emacs.

Gosling initially allowed free distribution of the Gosling Emacs source code but later sold the rights to UniPress, a company based in Florida. The software was now called UniPress Emacs. UniPress threatened Stallman to stop distributing the Gosling source code, and Stallman had to comply. He later replaced these parts with his own code, and to prevent the free code from becoming proprietary in future, Stallman devised the General Public Licence. According to the licence, one had the freedom to run the software for any purpose, to give copies of the software to other people, to study and modify it and improve it and to distribute the improvement.