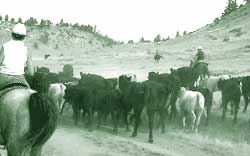 new research has now challenged the theory that the Tibetan plateau -- the highest region of the Earth -- is losing its elevation. As per the research, a lower portion of the Indian subcontinent is sliding under Tibet and lifting it further.

The work, from the department of geosciences, University of Arizona, usa, contradicts previous studies, which stated that the plateau reached its highest elevation eight million years ago and was now slowly deflating. The new work also shows that not all the rift-valleys of the plateau run north to south, as previously advocated. They bend over -- some to the east, a few to the west -- from the point where India juts forth into the middle fraction of Tibet.

The research is based on computer simulations of the topographic maps of the area. In 2003, as Paul Kapp, the lead researcher, prepared for a lecture on stress in the crust from continents' colliding, he realised that stress of the collision caused the pattern of Tibet's valleys.

Geologists often use digital elevation models (dems) developed from satellite images to study the geography of an area. Such maps show the Earth's current surface in detail, but not the underlying pattern of the rifts. So Kapp and his colleagues used a computer to strip away the superficial layers of dems to expose the underlying structure of the plateau. Once they created a bare-bones map, the curving patterns of the rifts were clear. "Because India is hitting Tibet head-on, the plateau is developing splits or rifts that curve away from the axis of impact," avers Kapp.

Once the researchers figured out what caused the rifts, they created mathematical models to test the theory. The models also showed that a head-on punch split the plateau much like an orange squeezed by a vice. The researchers now plan to scan the region's rocks for more evidence. new research is yet another proof of the fact that grazing is not responsible for the degradation of grasslands. The study found hardly any differences among the flora population of grazed and other lands.

Grasslands, or rangelands, are areas where physical conditions either prohibit or limit tree growth. Here grasses grow along with legumes, herbs and shrubs. Thus they are ecosystems by themselves, perfect for livestock to graze. These lands are extremely important for countries like India, the biggest milk producer of the world. There is one livestock animal for every two Indians, and about 90 per cent of the country's cattle population subsists on the grasslands.

But as is the case with many other countries, rangelands of India are degrading fast. Scientists cite grazing as a prime reason; they say the practice does not give grasslands a chance to recover, therefore perennial grasses are replaced by seasonal varieties of inferior quality.

Experts working at a grassroots level, however, have a different opinion. According to them, livestock grazing is not destroying the grasslands. Land grabbing -- conversion of the meadows for other uses -- is more to be blamed. Grazing the cattle is not unsuitable, for livestock cannot remove grass from the roots. Besides, their dung and urine help regenerate the soil.

Despite this, the supporters of livestock grazing have always been fighting a losing battle due to the lack of 'documented evidence' about the advantages. Thanks to the new study this is no longer the case. Researchers from the University of Nevada, the us, recently conducted this much-needed study .

They examined grazing from a scientific perspective with the help of historic data. In 1934, the Taylor Grazing Act of the us limited grazing on public land. Researchers from the us Forest Service along with their colleagues from the University of Nevada's agricultural experiment station and the Taylor Grazing Service measured recovery rates from grazing practices by comparing grazed rangelands with grasslands where grazing was prohibited; 28 enclosure sites (two-hectare areas enclosed by barbed wire to prohibit entry of livestock) were constructed for the study in the Great Basin of Nevada. Sixteen of these sites remain intact to date and they provided the basis for the new study ' Vegetation change after 65 years of grazing and grazing exclusion '.

The researchers analysed the effects of grazing of ungulates, cattle and sheep on land in terms of the amount and variety of vegetation. During 2001-2002, they conducted a meticulous examination of the ecologies inside and outside the enclosures. Then they subjected their findings to a thorough statistical analysis.

They found that light to moderate grazing has no adverse effects. "Only a few differences exist between grazed and unused rangelands," says Barry Perryman, co-author of the study and an assistant professor of animal biotechnology. Within the enclosures more vegetation cover was found; the grazed areas had greater number of plants as well as a greater variety. "From an ecological perspective, we can argue that if grazing infrastructure is removed from public rangelands, we would see some adverse consequences," avers Perryman, adding: "We would see less variety of plants and too much vegetation cover. We also found that the enclosures contained more of cheat grass; therefore, they are more prone to fires." Cheat grass is a highly flammable invasive weed. In areas dominated by cheat grass, historically, fires have occurred once every 50 to 100 years; now they occur after every two to five years.

This contention is significant for countries like India, where rangeland managers and scientists shrug off their responsibility and blame grazing for the perishing grasslands. If they do not take up their responsibility now, many more valuable grass varieties will be lost forever. With them will be lost the numerous plants and animals that are part of the grassland ecology. Indeed the findings highlight the importance of evolving a policy for grassland management.