When lakes were tanks

When lakes were tanks 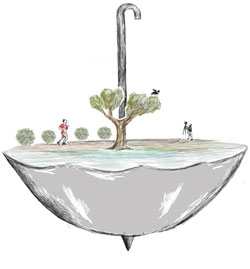 Bengaluru is on the global map for a variety of reasons. It is an information technology hub. It is also known for its salubrious climate, the result of being located 920 metres above sea level. The presence of several parks, neighbourhood and central, has led people to refer to it as the garden city. A lesser known fact is that Bengaluru also has a number of lakes. According to the city corporation, Bruhat Bangalore Mahanagara Palike (BBMP), the city has 198 lakes.

Bengaluru’s lakes are not natural lakes, but human-made tanks created by damming the flow of water at various points. Three valleys in Bengaluru—Koramangala and Challagatha in the southeast, Hebbal in the northeast and Vrushabhavati in the west—determine the flow of water in the city. A series of interconnected cascading tanks were created over centuries along the inclines of these valleys. One tank’s overflow was carried to the next tank through a wetland system, which included rajakaluves, or canals. In this manner, six chains of tanks came into being. The water flow in the tanks was regulated through a community-operated sluice mechanism. The absence of a major river in Bengaluru led to the need for such a system. There was a need to harvest rainwater which could then be used for irrigation and household needs and livelihood activities such as fishing. The tanks served this purpose. 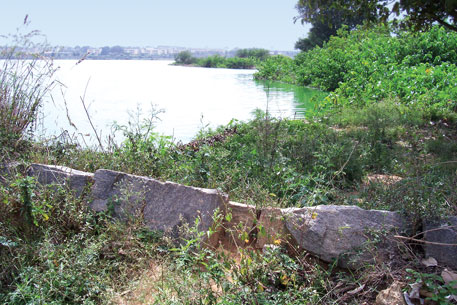 Inscriptions found near some of the tanks suggest that many of these water bodies preceded the mud fort settlement of Bengaluru created by Kempegowda, a local chieftain, in 1537, which sprawled into the city of Bengaluru as we now know it. One such inscription found near Agara tank dates to 9th century AD.

Other tanks such as Kudlu and Begur in south Bengaluru also trace their history to this period. The region in the southern part of Bengaluru came under the Western Ganga dynasty around 350 AD. The dynasty ruled till 1,000 AD. Kempegowda, his successors and the British continued this system of creating and maintaining tanks.

A complex maintenance system also came into being. Collective memory of residents who have lived close to the tanks, or keres in Kannada, offer insights into the maintenance system. Villages near the kere shared the responsibility of maintaining them. The system ensured bund maintenance, de-silting of the tank bed and maintenance of the rajakaluves. The Neergunti community was among those involved in this. The community maintained the rajakaluves and its work was rewarded through a land tenure system. 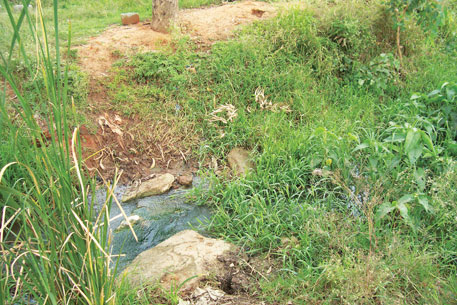 There is reference to this system in the Mysore Gazette compiled by B L Rice, director of the department of archaeology of the then Mysore state in 1897. He notes, “Kodigi Inams represent land granted free of tax, or on a light assessment, in consideration of services rendered in the construction or restoration of tanks, or on condition of their being maintained in good repair. Kerebandi and Kerekulaga Inams were granted for the annual petty repair of tanks.” The land granted as part of the Inam tenure system usually included the “wetlands” located downstream of the tanks, which were ideal for growing water-intense crops such as rice and sugarcane. However, who obtained which land depended on the caste hierarchy and in many instances dominant castes got the more fertile wetlands.

Post-Independence, the government started dismantling the system to replace it with more centralised systems of maintenance. The Mysore (Personal and Miscellaneous) Inam Abolition Laws Act came into force in 1954, possibly to counter the feudal land tenure system. However, the Act also impacted the tank maintenance system. Various government departments which were carried forward from the colonial times such as the minor irrigation department started playing a larger role in the maintenance of tanks, especially the larger ones. Currently, BBMP maintains tanks in Bengaluru. At various points, government departments such as the forest department played a role. The department was brought into the picture with the recommendation of the Laxman Rau Committee, which was set up in 1986 to look into the issues related to the tanks of Bengaluru. 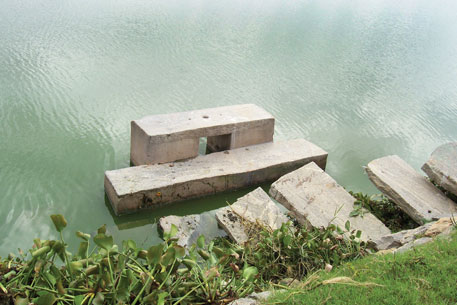 The forest department viewed these water bodies purely as ecological spaces. This also led to a change in the discourse around these systems. Tanks increasingly started to be referred to as lakes. In the urbanised environs of Bengaluru, the now renamed lakes were being seen as ecological and social spaces that catered to naturalists and recreation seekers. This also started increasingly dictating how they were to be maintained.

The tanks or keres in their earlier form had cultural connotations. Many had a deity assigned to it and a temple in which the deity was located. These were largely local deities, such as Muneeswara, Duggalamma, Gangamma. There were annual festivals at some of the keres such as Bellandur in South Bengaluru—one of the largest which spread over 350 hectares. However, with increasing urbanisation and increased pollution, such practices have been discontinued in most of the urban lakes.

An attempt to privatise the management of the lakes by the Lake Development Authority, which was set up in 2002, was thwarted by a public campaign by a local NGO, Environment Support Group. The authority, which was mandated to work for the regeneration and conservation of lakes in Bengaluru district as well as other municipalities and corporations in Karnataka, claimed a paucity of resources, human and financial, and therefore invited the private sector to undertake the maintenance of these water bodies and in return use these spaces to carry out commercial activities to generate revenue for themselves. The Karnataka High Court has since directed a cancellation of this scheme, which brought the city corporation back to the role of maintaining the lakes of Bengaluru.

Rohan D’Souza is a researcher with the National Institute of Advanced Studies, Bengaluru