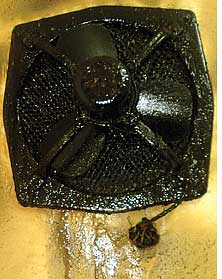 That made it clear that there is no check or standarization on the quality of the oils being sold. Following are some examples

The question is how is the oil we consume regulated.There are a number of players--from the Union Ministry of Health and Family Welfare, which enforces the Prevention of Food Adulteration Act, 1954 (pfa); the Bureau of Indian Standards, which has a voluntary standard for oil; Agmark-the Agricultural Produce Grading and Marking Act- that set guidelines for its sale. In September 2008, the government revised its labelling requirements for food, which include provision for companies to publish nutritional information (see box Rules, but as good as not). Under this notification, companies have to publish information on the different fatty acids, including trans fat, mufa and pufa in their product.

The regulation leaves much room for manoeuvre. As a result, companies can give the composition in a range--Rath vanaspati says its package has saturated fatty acid in the range of 16-54 per cent; mufa 36-65 per cent; pufa 3-44 per cent and trans fats 8-33 per cent. Others print values that are standard compositions of oil found in academic literature. The cse laboratory study detected differences between the labelling claims and its analytical study. It is not clear who checks the companies' claims.

So, do we have mufa-pufa inspectors? The directorate of vanaspati, vegetable oils and fats has supposedly got inspectors to check quality of oil. In addition, the food and drug administration of different state governments are required to inspect food that is sold to us to enforce the provision of pfa. There are also inspectors of the directorate of marketing and inspection to check grade, quality and packaging. Seems there is no shortage of inspectors. But are they checking?

As there are no mandatory standards, these sellers of our oil have to meet, it is anybody's guess what is checked and what is bottled. In mid-2008, the UK Food Standards Agency wrote to its public saying it had found significant amounts of mineral oil mixed in the sunflower oil being sold in the country. It asked for this brand to be recalled.

So is our health at risk? Probably, but who cares.