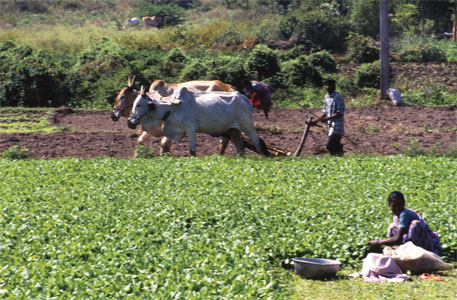 WHEN the final report of the panel of experts set up by the Supreme Court to advise it on the state of regulation and testing of genetically modified (GM) crops in the country was made public on July 22, the reactions were a replay of what occurred in October last year when it gave its interim report. While those opposed to GM crops welcomed its “sagacious recommendations” and urged the prime minister to accept the report, industry went overboard in terming it a “regressive, biased and troubled treatise”. They also claimed the recommendations were “anti-science and anti-research and anti-farmer”.

The six-member committee of reputed scientists—one dropped out—was set up by the Supreme Court in May 2012 while hearing a public interest litigation filed by Aruna Rodrigues and others against the release of GMOs into the environment. The court had asked the Technical Expert Committee, as it was termed, to scrutinise the modalities of GM crop testing in India and assess whether the regulatory measures were adequate to prevent potential risks to the environment.

In its interim report, TEC had suggested a 10-year moratorium on field trials of Bt transgenics in all food crops that are directly consumed by people (see: Scientists’ panel calls for 10-year moratorium on GM field trials). That’s when all hell broke loose. At a hearing of the apex court in November 2012 to consider the report, the biotech industry, represented by the Association of Biotech Led Enterprise—Agriculture Group (ABLE-AG), had objected to the report as did the Ministry of Agriculture, which filed an affidavit claiming the report was “unscientific and that it went beyond the terms of reference (TORs) set by the court.”

At the insistence of industry, the court agreed to fill in the vacancy on TEC. It appointed Rajinder Singh Paroda, former director-general of ICAR, to the expert panel at the suggestion, curiously enough, of the National Academy of Agricultural Sciences which had also objected to the interim report. Paroda is executive secretary of Asia Pacific Association of Agricultural Research Institutions and one of its programmes, Asia-Pacific Consortium of Agricultural Biotechnology (APCoAB), actively promotes GM technology and other biotech products.

TEC’s final submission made to the court on June 30 has been put together by the original five members, while Paroda’s views are listed as a “contribution”. However, it is not clear if these are dissent notes or just observations (lengthy) on the current regulatory system which the former ICAR boss appears to consider satisfactory. The other members of TEC, who have all endorsed the report, comprise Imran Siddiqui, plant development biology scientist and group leader at the Hyderabad-based Centre for Cellular & Molecular Biology; P S Ramakrishnan, emeritus professor of environmental sciences at Delhi’s Jawaharlal Nehru University; P C Kesavan, former BARC scientist noted for his work on genetics toxicology and radiation biology and currently distinguished fellow, M S Swaminathan Research Foundation, Chennai; P S Chauhan, expert in genetics toxicology who was with the Indian Institute of Toxicology Research, Lucknow; and B Sivakumar, former director, National Institute of Nutrition, Hyderabad.

These scientists have called for complete ban on herbicide tolerant (HT) crops. In HT crops a single broad-spectrum herbicide (usually glyphosate) is used to kill weeds while leaving the plant standing since it is genetically engineered to be resistant to the herbicide. “HT crops would most likely exert a highly adverse impact over time on sustainable agriculture, rural livelihoods, and environment. TEC finds them completely unsuitable in the Indian context.”

HT technology, the report said, was more suitable for large farmlands of many hectares but in India the average farm size is just 1.3 hectare. In such a socio-economic context India should be wary “of the possible impact of extensive use of broad spectrum herbicides on the environment and biodiversity”.

But its primary recommendation is a moratorium on all GM testing till the regulatory gaps are plugged. In place of the 10-year freeze on testing of Bt transgenic crops suggested last October, TEC has called for a freeze on all GM testing but left the time frame unspecified. Its reasons for this stem from the following concerns. “In several cases, the reporting of data as well as methods and analysis has been incomplete and cursory; there are also deficiencies in selection of samples, methods of analysis, and statistical tests, making it difficult to draw meaningful conclusions… the number of such cases that have come to the notice of the TEC also reflect on the manner in which the toxicology data has been examined and the regulatory body for having accepted the reports”.

This decision stemmed from an examination of the safety dossiers put together by crop developers and approved by the regulator, the Genetic Engineering Appraisals Committee (GEAC). In a severe indictment of current procedures, TEC found “the deficiencies are serious enough that several of the dossiers are unlikely to meet international guidelines.

The other significant recommendation is that release of GM crops for which India is a centre of origin or diversity should not be allowed (see: Indefinite moratorium on GM field trials recommended). This would have a bearing on the GM brinjal, known as Bt brinjal from the insecticide derived from the bacillus thuringiensis that was developed by the Jalna-based Mahyco. The commercial release of Bt brinjal was vetoed by the then environment minister Jairam Ramesh in 2010. Mahyco, one of India’s largest biotech firms, is a partner of multinational Monsanto of the US.

Paroda has made no reference to either HT crops or to those in their centre of origin. His major contribution is “the Ministry of Agriculture and ICAR should play an inclusive and rather proactive role, especially to conduct confined field trials. It is suggested that the National Agricultural Research System (NARS) should have assigned responsibility for the conduct of confined field trials for assessing the agronomic performance.”

The agribiotech industry is seething over the TEC recommendations. The largest number of applications for field trials before GEAC is for Bt transgenics in both feed and food crops such as rice. TEC was of the view that the safety of Bt transgenics with regard to chronic toxicity has not been established and this was essential. It believes “the TEC report besides being incomplete is also anti-science and anti-research and will severely dent the future of country’s farmers besides destroying the domestic private and public sector research.”

It contends that India’s “robust regulatory environment is comparable with global standards and must be more predictable to encourage domestic agricultural research”. If GM trials are put on hold as TEC has proposed, it will “put our agricultural research back by decades and will severely hamper progress,” claims ABLE-AG Chairman Ram Kaundinya.

What is more germane to the issue will be the reaction of the Ministry of Agriculture (MoA). It has already filed an affidavit against the interim report in November 2012 and also made a formal submission to the TEC in December through its Department of Agriculture & Cooperation (DAC). The first report is a stinging criticism of the TEC report, calling it “unscientific” and accusing it of going beyond its terms of reference.

In an annexure to its final report, TEC has replied tartly to these charges which it says are not true. “There is no question of the TEC going beyond its terms of reference. Every aspect that has a bearing on open field trials is relevant for enquiry and this is how the TEC has correctly interpreted its mandate.” It also points out TEC’s “recommendations are backed by data, a wide range of scientific enquiry and peer reviewed studies” while MoA does not demonstrate how factors that have a direct bearing on the TORs specifically regarding open field trials and risk assessment are outside its mandate. “No such restriction was placed on the TEC by the Supreme Court.”

On the other hand, the MoA’s affidavit and the submission filed by DAC reveal “they are ill equipped to deal with matters of regulation and risk assessment by their own admission.” As matters stand, the Supreme Court hearing on the report, scheduled for August 2, will see some fireworks.