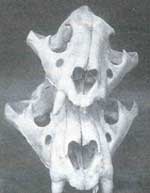 YOU might as well declare it open season for the anachronistic remnants of royal gamehunters and lowly poachers. Conventional laws against the illegal trade in wildlife are so porous that they left officials from the Convention of International Trade in Endangered Species (CITES) grousing about their Indian counterparts. A frantic patchup job is now on, with loopholes being plugged and enforcement strengthened.

Indian authorities had so far argued that CITES's provisions could be enforced through the existing Wildlife (Protection) Act, 1972, and the Export Import Policy. But CITES doesn't agree.

"The various regulations have obviously failed to contain the threatened species trade," claims Lakhwinder Singh, deputy director, wildlife preservation, Union ministry of environment and forests (MEF). For instance, 2 Germans caught smuggling thousands of rare Himalayan butterflies and moths out of the country could not be prosecuted, simply because moths are not on the list of the Wildlife Act; further, butterflies have been listed as sub-species, and it is difficult to ascertain how close they are to extinction. Even swifts and swallows have been excluded from the Act "by what seems to be an oversight," says Singh.

The MEF and the US Fish and Wildlife Services jointly organised a training programme between February 20-24 for the Indian enforcement agencies. CITES officials iterated blackly what they recently put on record: "Indian legislations for implementation of the Convention do not entirely meet CITES requirements."

In fact, Vivek Menon of the Trade Record Analysis of Flora and Fauna in Commerce (TRAFFIC)-India, a branch of the World Wide Fund for wildlife (WWF-India), points out, "This complex and technical Convention has not been fully understood by the Indian authorities, who are therefore unable to implement and utilise it in the proper manner."

Indian officials tend to use CITES only to control poaching and smuggling. Menon, however, says that CITES is essentially meant to regulate and monitor existing wildlife trading between countries through a system of export and import permits.

CITES officials say that instead of misusing the Convention to control poaching and protect species threatened by factors other than trade, the Indian authorities must ensure stricter domestic laws and more effective enforcement.

"The large number of seizures in the past 2 years -- over 20 in 1994 alone -- is a measure of the recently burgeoning traffic in wildlife products," says Ashok Kumar, consultant, MEF, and former director of TRAFFIC-India. Kumar says that the strict clampdown on illicit trade from Africa has sent prices of Indian products spiralling and boosted both poaching and trade. The rates are amazing: US $17,500 per kg of rhino horn, US $200 per kg of ivory, musk at US $42,000 per kg and agarwood chips valued at between Rs 1-5 lakh per kg.

Kumar points to other recent developments that have contributed towards this doom boom. Illegal exports of frogs' legs from India have shot up following improved refrigeration and transportation techniques; the hanko (an ivory seal used as a stamp), now an upmarket Japanese status symbol, has supercharged the ivory trade.

The Wildlife Act and the Import and Export Policy of the ministry of commerce, which is implemented through the Customs Act, 1962, are the Indian authorities' weapons to check illicit trade. They incorporate conditions which include compliance with CITES provisions. But although only 50-odd flora species are banned for trade by the Wildlife Act and CITES, trade in almost all fauna and their derivatives is banned. The only legally permitted fauna trade is in shed antlers and peacock feathers.

The government's cup of sorrow brims over with massacred flora. Awareness of the threat they face is a relatively new development, says Kumar, and both the Wildlife Act and CITES need to be given far more tooth and claw for the conservation of plant species.

The enforcement structure itself is rickety, claims S Deb Roy, former inspector general, forests. The Centre governs trade in wildlife and implements CITES provisions through the director, (wildlife preservation), MEF, who is also the chairperson of India's CITES Management Authority. He is assisted by 4 regional deputy directors and 5 inspectors. "These are the only wildlife and forestry experts, and they have also to keep an eye on airports and shipping ports," says Singh.

For the most part, the government depends on agencies such as the Customs, police, the Border Security Force, the Coast Guards and the army, with supplementary aid from NGOs like TRAFFIC-India. But with over 15 agencies entrusted with protecting wildlife, there is roiling mess of confusion, and coordination has given up its dismembered ghost. CITES officials note: "Customs department officials, who are geared to raising revenue for the exchequer, can hardly be expected to successfully take on the role of conservationists." Inadequate training in wildlife protection laws is a major weakness.

Most plants, on the other hand, are exported in the form of essential oils or medicinal extracts that are virtually impossible to detect. Enforcement officials are trained to spot only easily identifiable items such as skins, horns and tusks, while items like mongoose hair smuggled to the UK for making paintbrushes are easily overlooked. "There is even greater laxity in the identification of banned plant species," says Kumar.

The absence of technical identification facilities often means that criminals are not prosecuted. For instance, the items in the largest ever seizure of tiger skins and bones from the notorious wildlife smuggler, Sansar Chand, in August 1993, could not be definitely established as tiger bone by the Wildlife Institute of India (WII), Dehradun. "This gap was filled at the training conference with the help of foreign expertise," says Dey.

But the move to harness foreign expertise has stoked protests from the Indian scientific authorities such as the Zoological Survey of India (ZSI) and the Botanical Survey of India (BSI), which are responsible for technical identification. "We are working on developing a hair analysis technique of those species that are used often in value-added products," says A K Ghosh, director, ZSI.

The ZSI has gutsily gone a step beyond its brief by publishing the first Red Data Book on Indian Animals, prepared on the pattern of the World Conservation Union (formerly the International Union for Nature Conservation, or IUCN) Red Data Book which categorises threatened species. The scientists have also called for a closer interaction with enforcement officials.

However, their verdicts tend to be routinely overruled by MEF officials, who remain unconvinced about the ZSI's technical competence. Although the ZSI and the BSI are the scientific authorities responsible for recommending species for inclusion in the schedule of the Wildlife Act, Deb Roy says, "These agencies are not equipped to judge the ecological status of a species, which needs more than scientific knowledge and cannot be judged by numbers alone."

Officials agree that a decentralised, well-equipped countrywide intelligence and enforcement network needs to be built to "deal with what has become a highly sophisticated illegal trade, globally second in value only to the US $20 billion narcotics trade."

There is also a call for streamlining the schedules of the Wildlife Act with the lists of the IUCN Red Data Book. The IUCN's categories (critical, endangered, vulnerable and conservation dependent) are determined on the basis of information provided by its Specialist Groups for every species, drawn from experts in various countries. "Determining a species' category requires complex field-level knowledge and also a realisation of its economic impact," says Menon. Agrees Kumar of MEF, "We must ensure that there is a natural progression towards making the Schedules correspond with the Red Data Book lists for the most effective management of our threatened species."