How vulnerable are we: Mapping climate change in India

Climate change is here. Climate change is real. There have been enough extreme weather events of late to demonstrate that. Such events, in fact, arguably are on their way to become the new normal.

Take 2019, for example. For India, the year started with a delayed winter bite. But even as the north was coping with a coldwave, the mercury started soaring in the south. Soon an oppressive series of heatwaves took over a large part of the country. These were punctuated by Cyclone Fani, which unnaturally pushed quite afar inland Odisha, leaving the state to pick up its pieces in the aftermath. There was a similar scare on the western coast.

The monsoon took its time coming; and when it did, 'erratic' was the word to go with it. Rainfall remained muted in region after region, only to pick up for a short time and lead to a deluge.

These are tell tale signs of climate change, to which India placed the 13th most vulnerable country a few years ago. Since more than 60 per cent of the country's agriculture is rainfed and it hosts about a third of the world's poor, climate change will have significant impacts on food and nutritional security. Preparation is the key to avert a doomsday.

Here we bring back a set of factsheets that map the potential climate change impacts on various agro-ecological zones in India.

The coast and islands 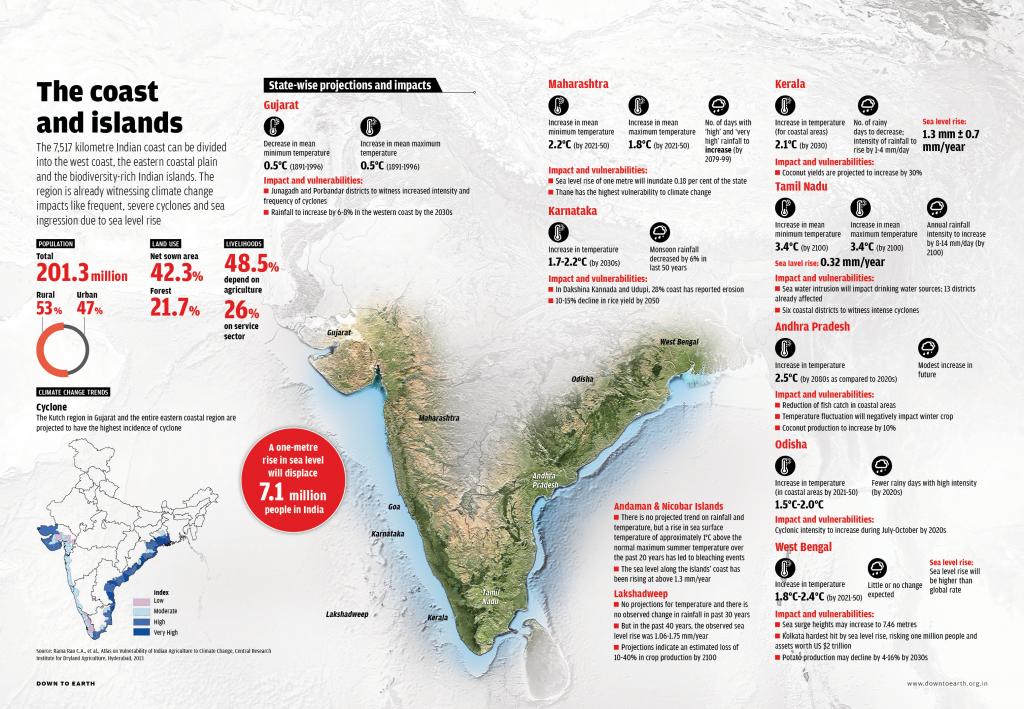 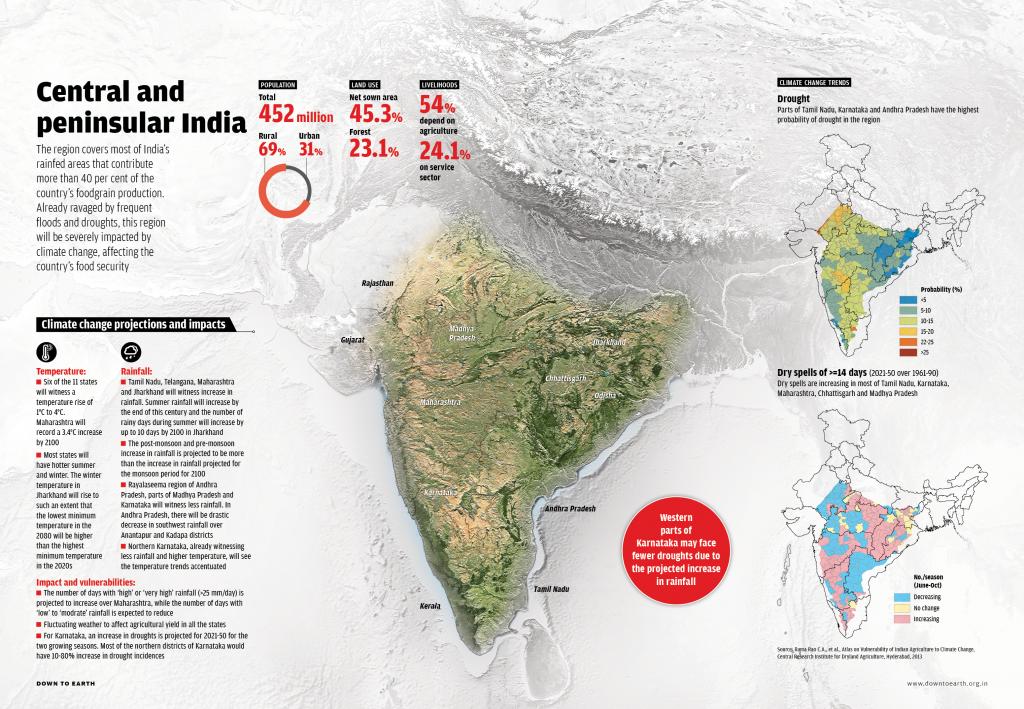 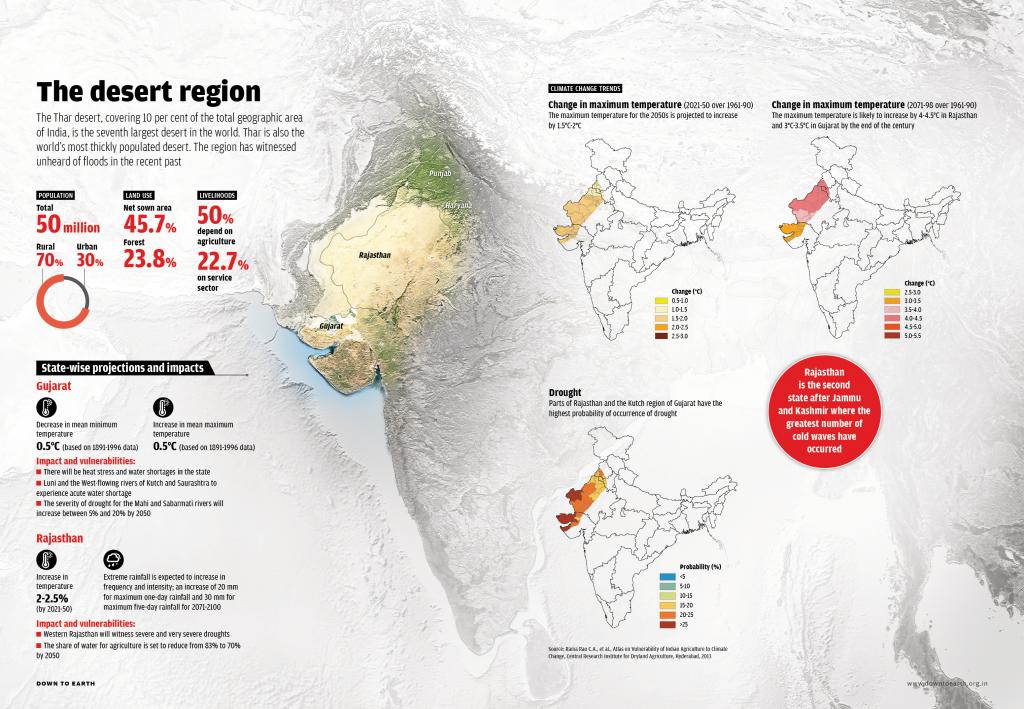 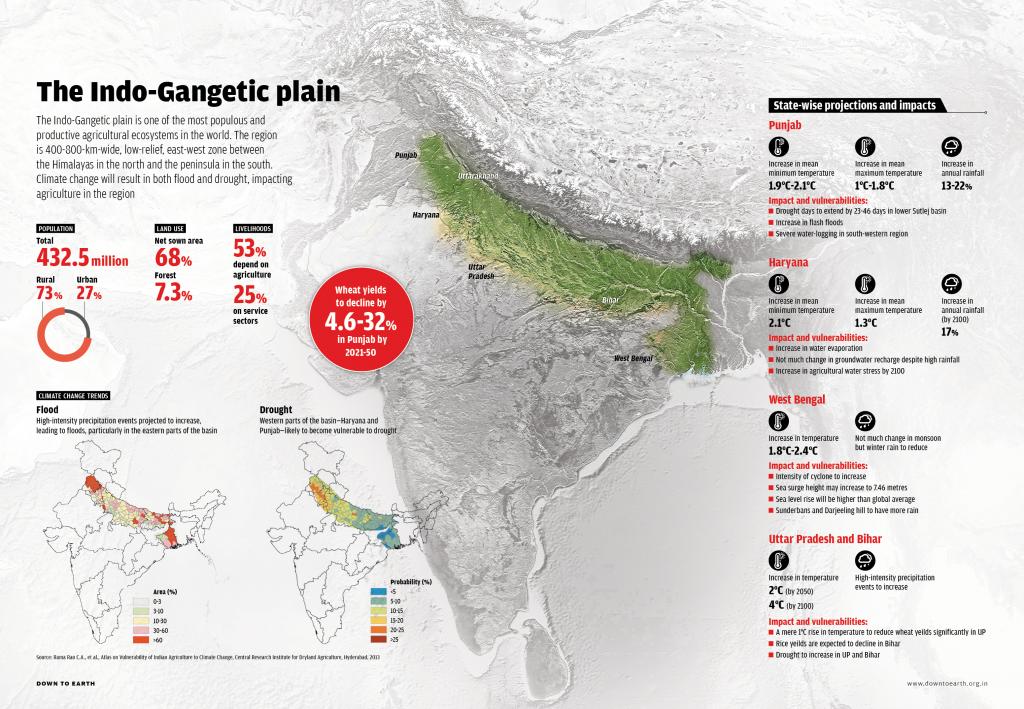 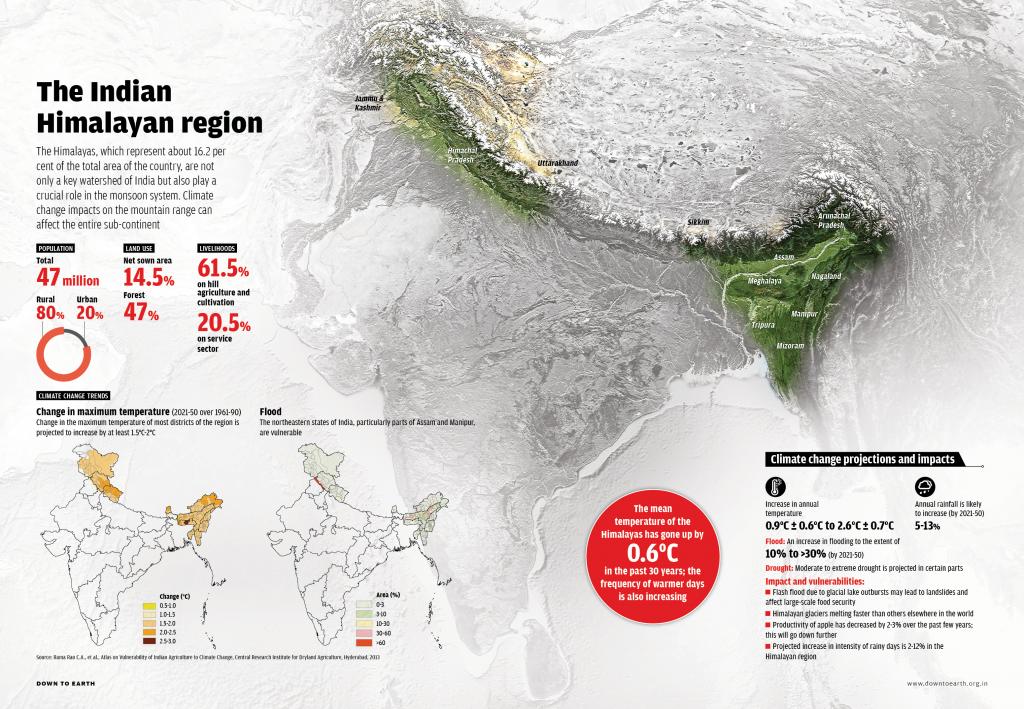