Last month was the seventh-warmest February ever: NOAA 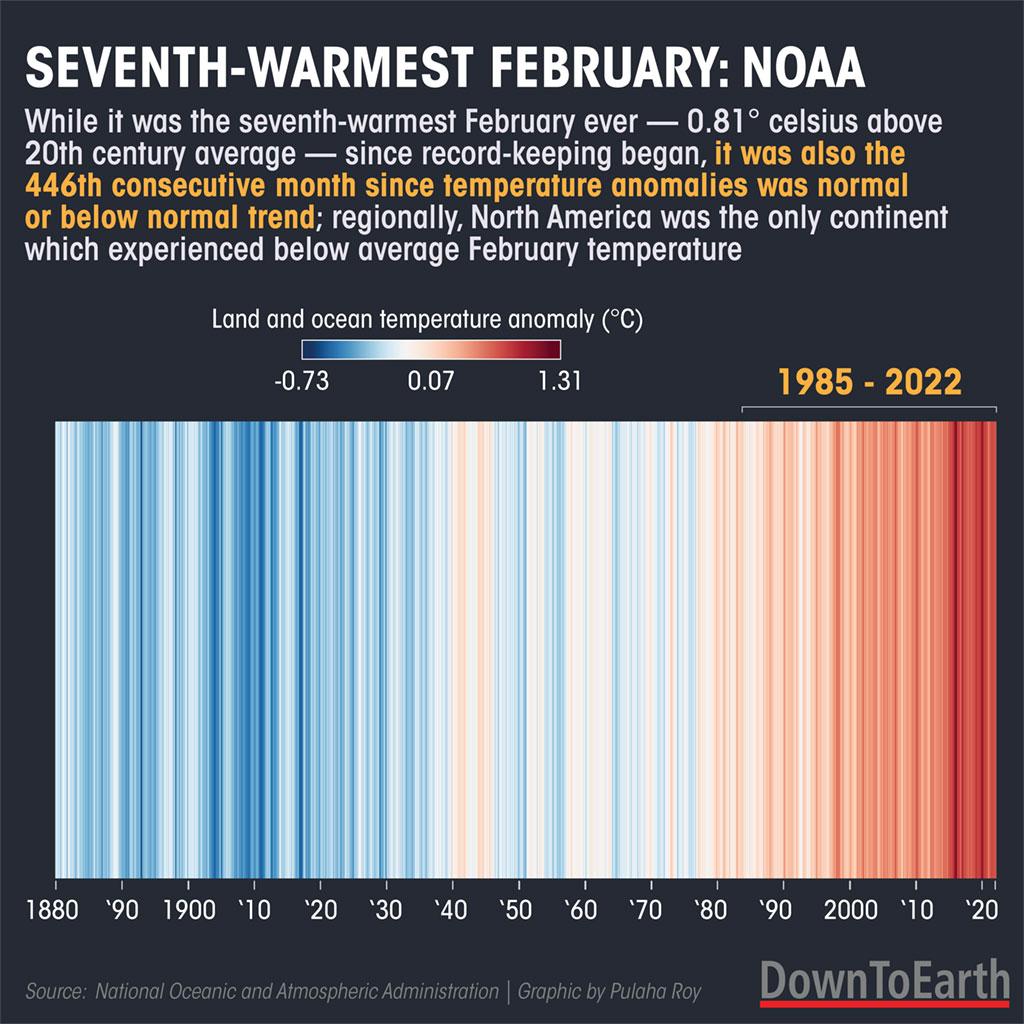 February 2022 was the seventh-warmest February since the beginning of records — 0.81 degree Celsius above the 20th century average. It was also the 458th consecutive month since temperature anomalies was normal or below normal.

North America was the only continent to experience below-average temperatures in February, according to the United States National Oceanic and Atmospheric Administration (NOAA).

It was the eighth-warmest February for Asia, Europe and South America.

In the Arctic, the February 2022 sea ice extent was 4.5 percent below average and was the 14th-smallest in44 years of record-keeping.

The South India Ocean basin, according to NOAA was a hotbed for cyclonic activities with five storms forming over the ocean basin, tying with February 2000 and 2007 for most storms since 1981.