Rescuing the stepwells of Jodhpur 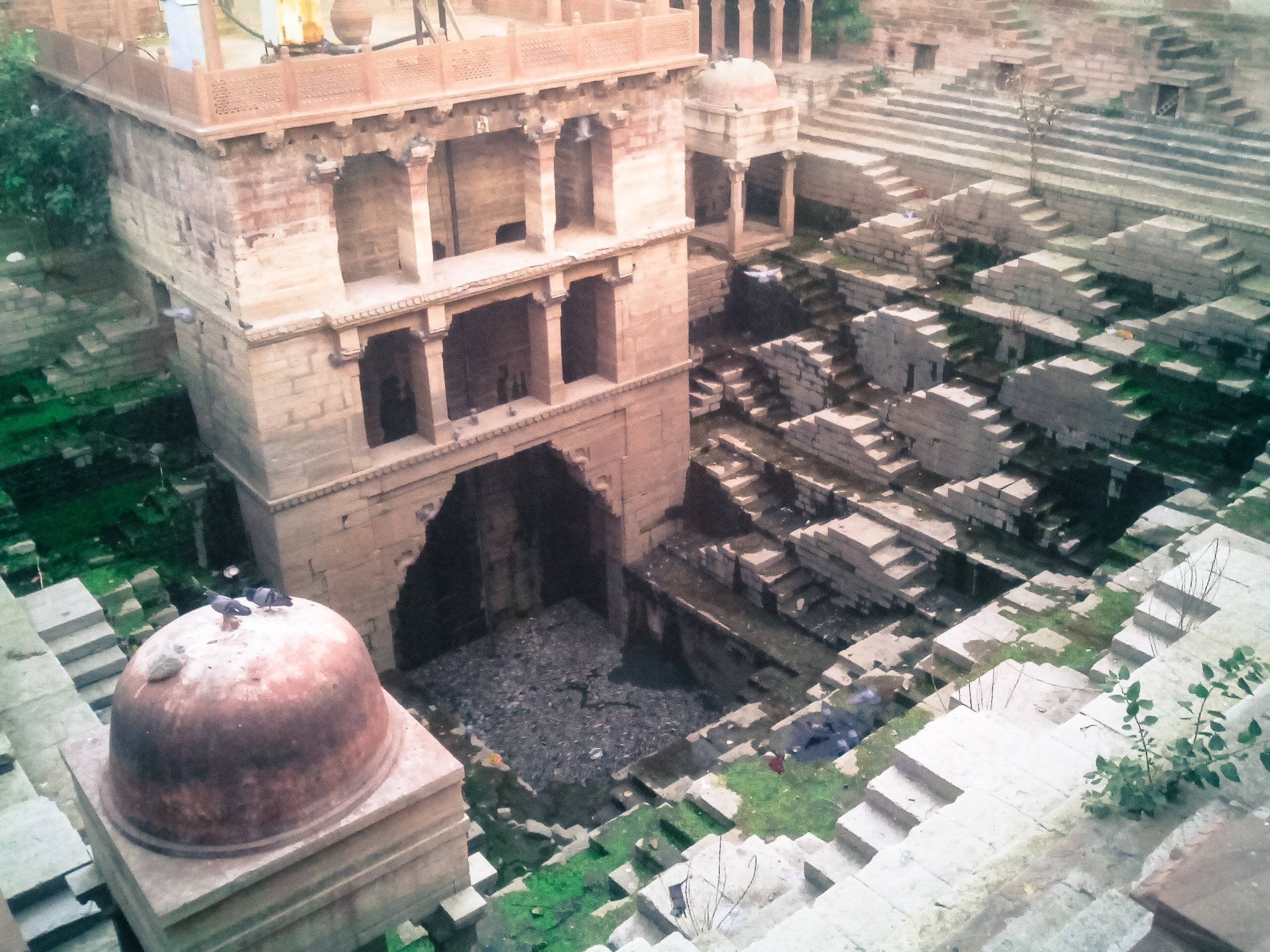 The city of Jodhpur in Rajasthan is a repository of magnificent architecture and engineering. Its forts and palaces are quintessential postcard imagery, but the city’s most fascinating yet underappreciated heritage is its stepwells or 'jhalaras' and 'bawris' 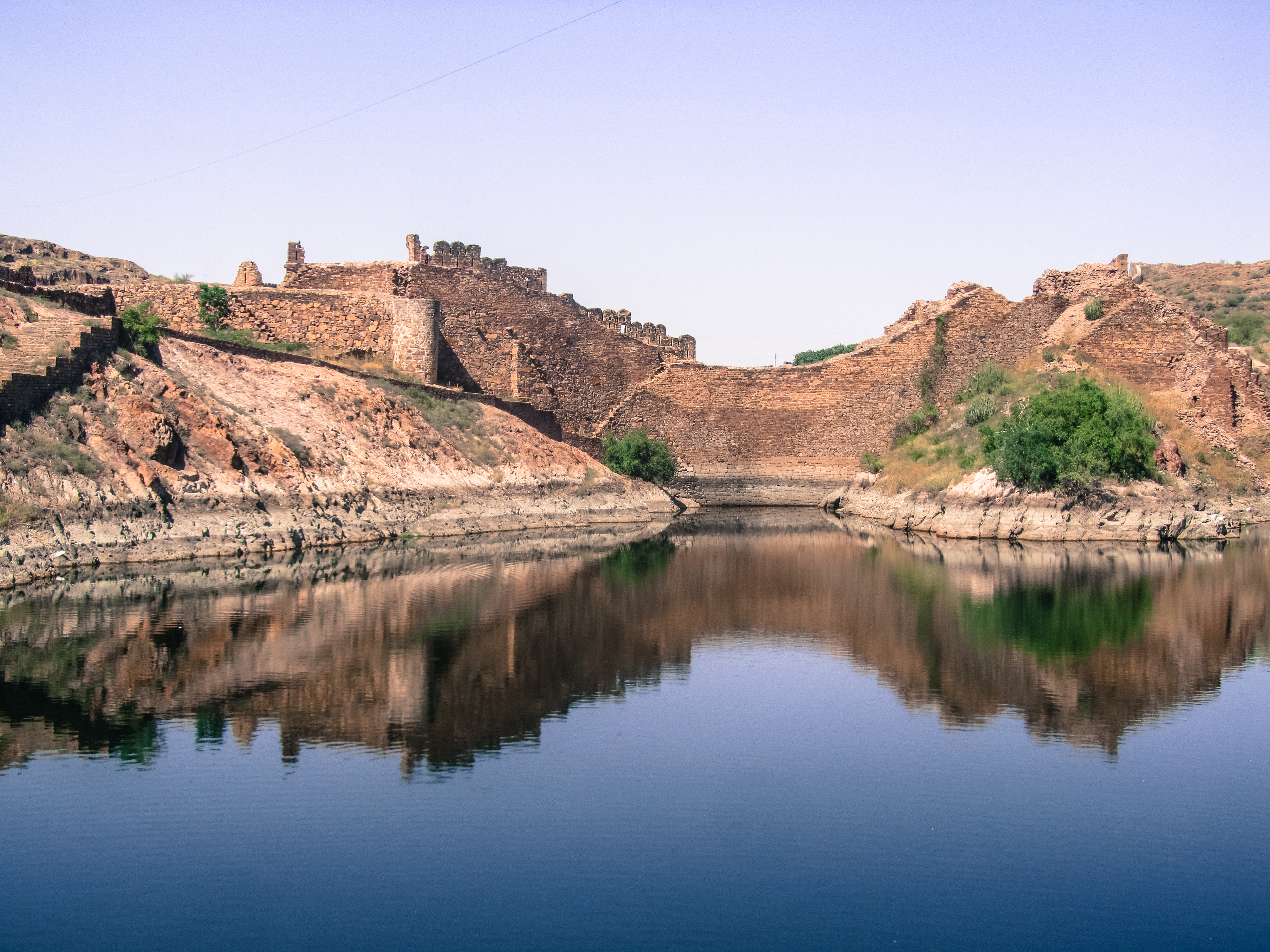 Water is the most valuable resource in a desert. Sourcing and management of water is critical in the parched landscape of Jodhpur. Its only natural source of water is the little rain the region receives. Jodhpur is possibly the only city in India to have a highly sophisticated water infrastructure which harvests, conserves and manages rainwater

Till the 1950s, Jodhpur met its water needs through a complex network of lakes, tanks, canals, aquaducts, surface wells and underground wells (bawris and jhalaras). The science was simple. Rainwater was stored in inter-connected lakes in the higher reaches. This water was then transported to city wells via aquaducts or it simply percolated through the ground into underground stepwells 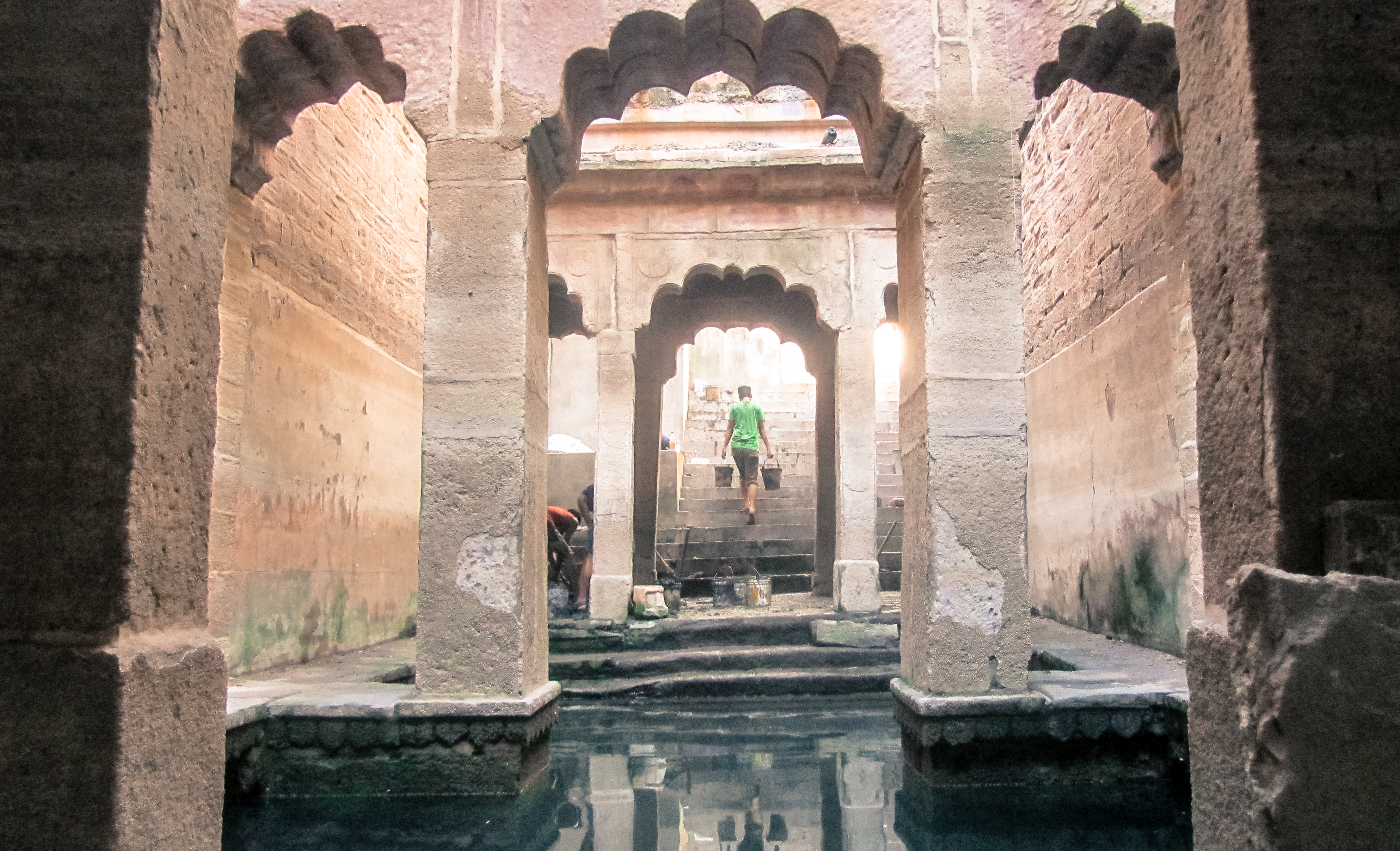 Every neighbourhood or cluster of neighbourhoods had its own bawri. Water from bawris inside the city was used for drinking. As the wells were underground, there was negligible loss of water due to evaporation. These structures also provided a cool refuge from the heat of the desert. There are about 98 wells, 48 bawris and eight jhalaras in and around the old city 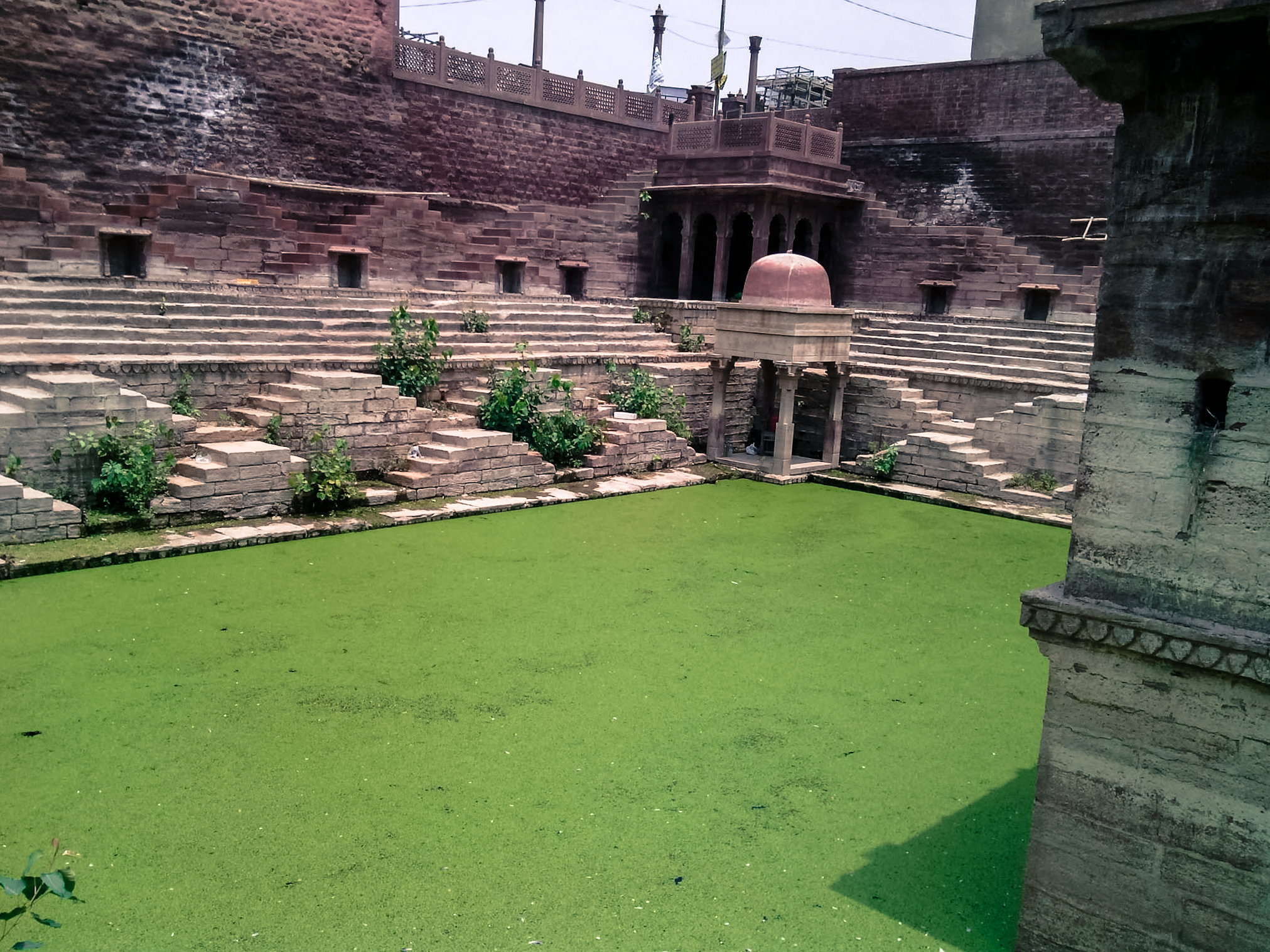 But with the construction of the Indira Gandhi Canal, perennial water from the rivers in Punjab became available to households in the desert city via pipes and taps. Slowly, these indigenous water structures became obsolete 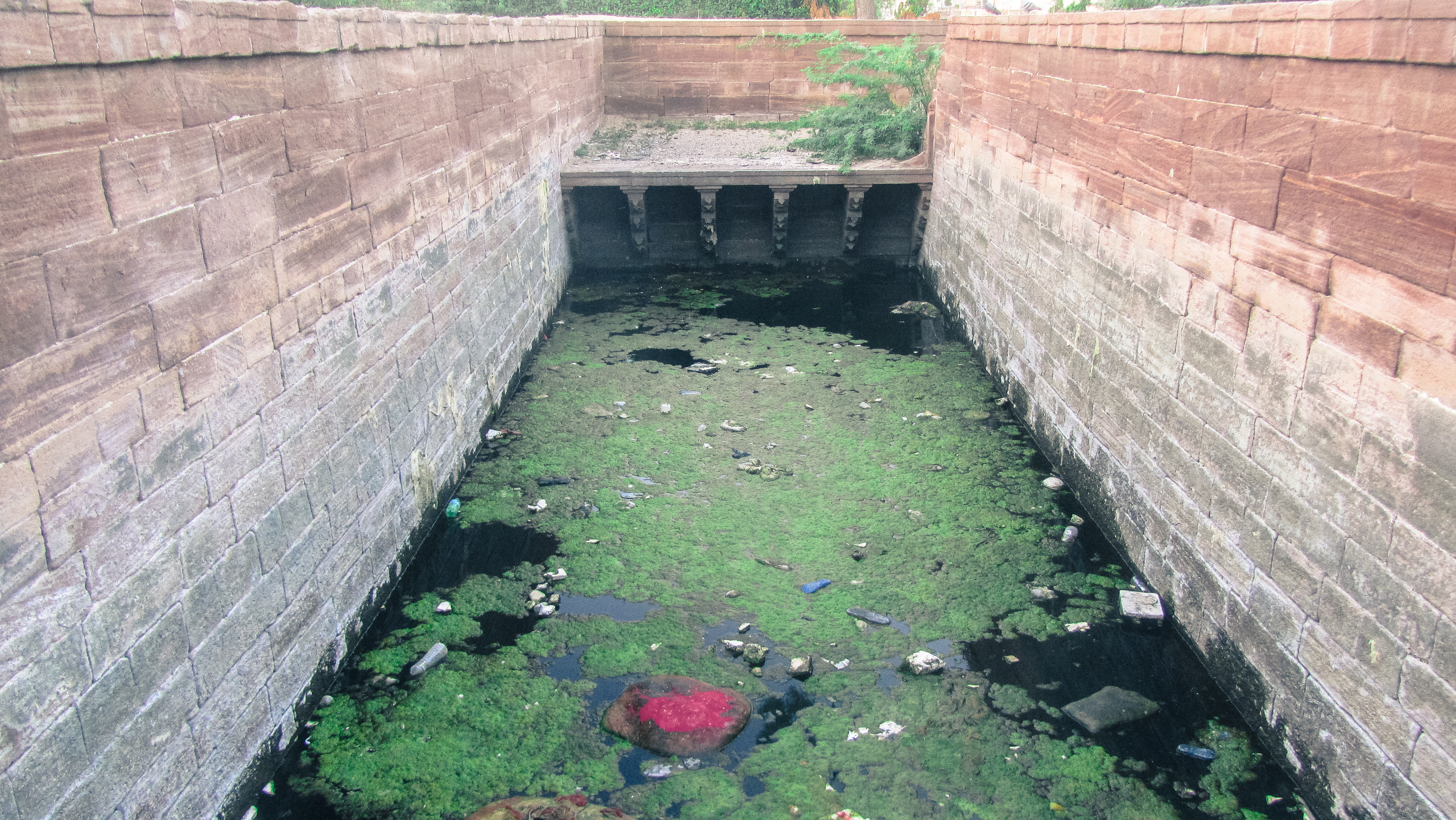 Underground bawris were most affected. Hidden from view, these wells did not seem to serve any purpose and no one saw any benefit in maintaining them. Today, these engineering marvels are filthy and forgotten even by the locals 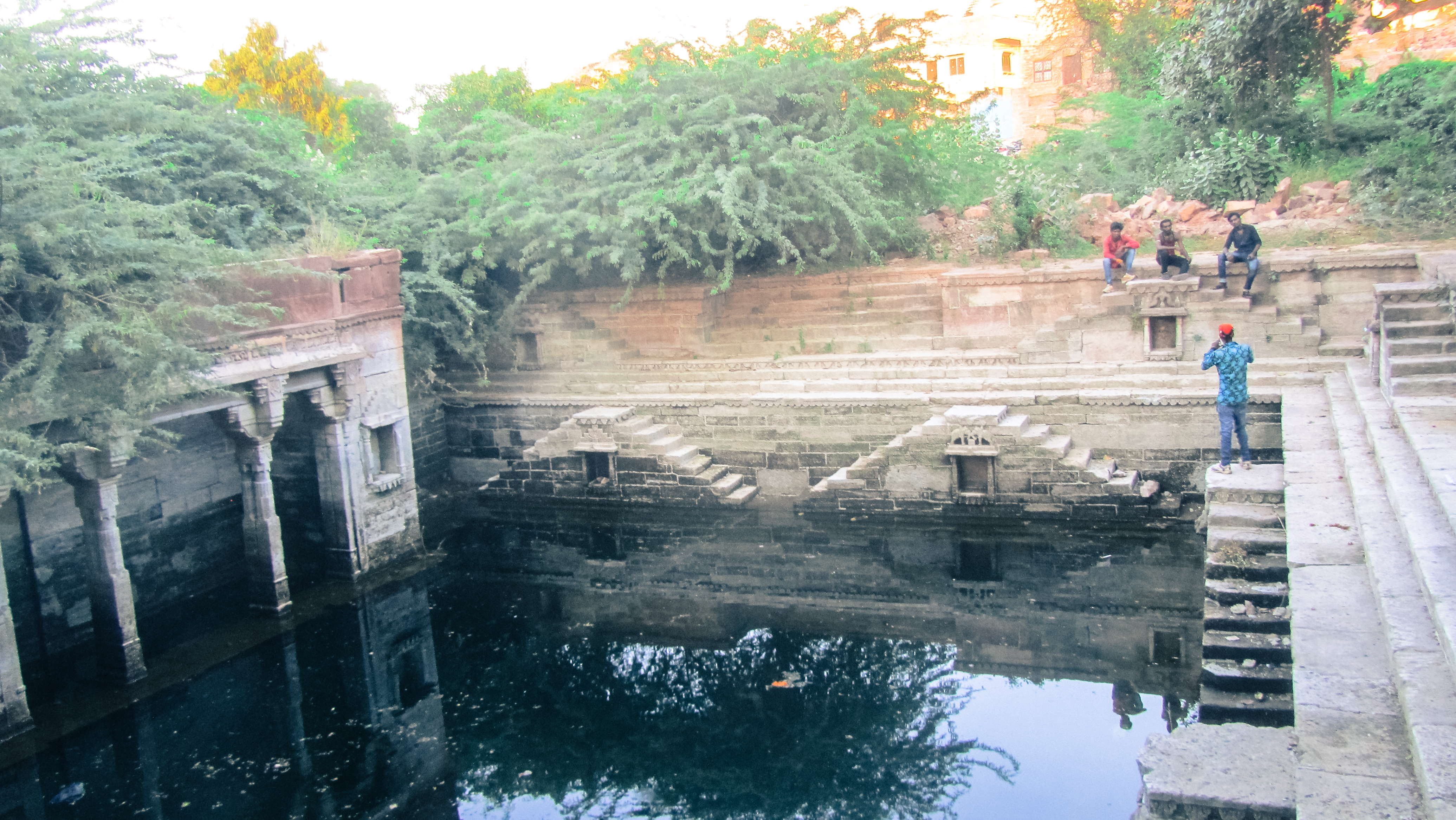 While the rest of Rajasthan battles acute water shortage, Jodhpur faces an alarming rise in groundwater levels. This water has now started seeping into houses. Overflowing jhalaras and bawris have become serious concerns as they pose structural safety hazards to neighbouring structures. People are also at the risk of slipping and drowning in them 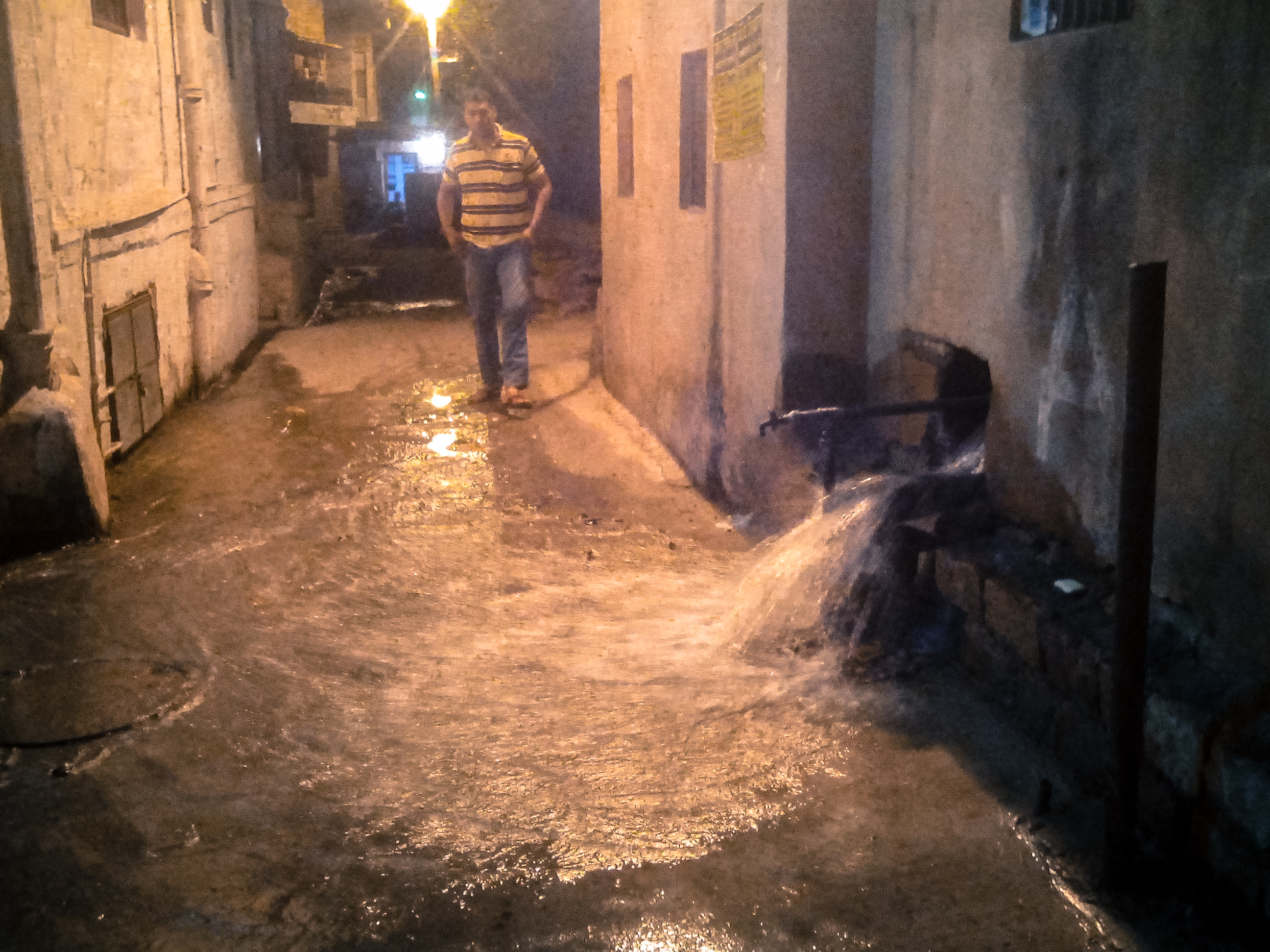 Jodhpur’s water table has been disturbed by water from Kayalana lake, which is fed by canal water. This water percolates into the ground, raising groundwater levels in at least 40 per cent of the city. The city pumps out water from 89 underground wells into city drains or parks to deal with the problem. It is an exercise in futility as the water seeps back into these structures 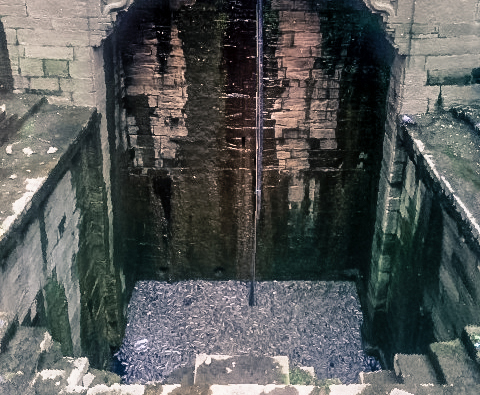 This water wastage is accompanied by mismanagement. For instance, from October 1-3, the civic body forgot to turn off the water pump at Mahil bagh ka jhalara. The well was overdrained, leaving thousands of fish dead. The civic authorities didn’t clean the rotting mass of fish either. The task was finally undertaken by local environmentalist Rajesh Joshi and his small team of volunteers 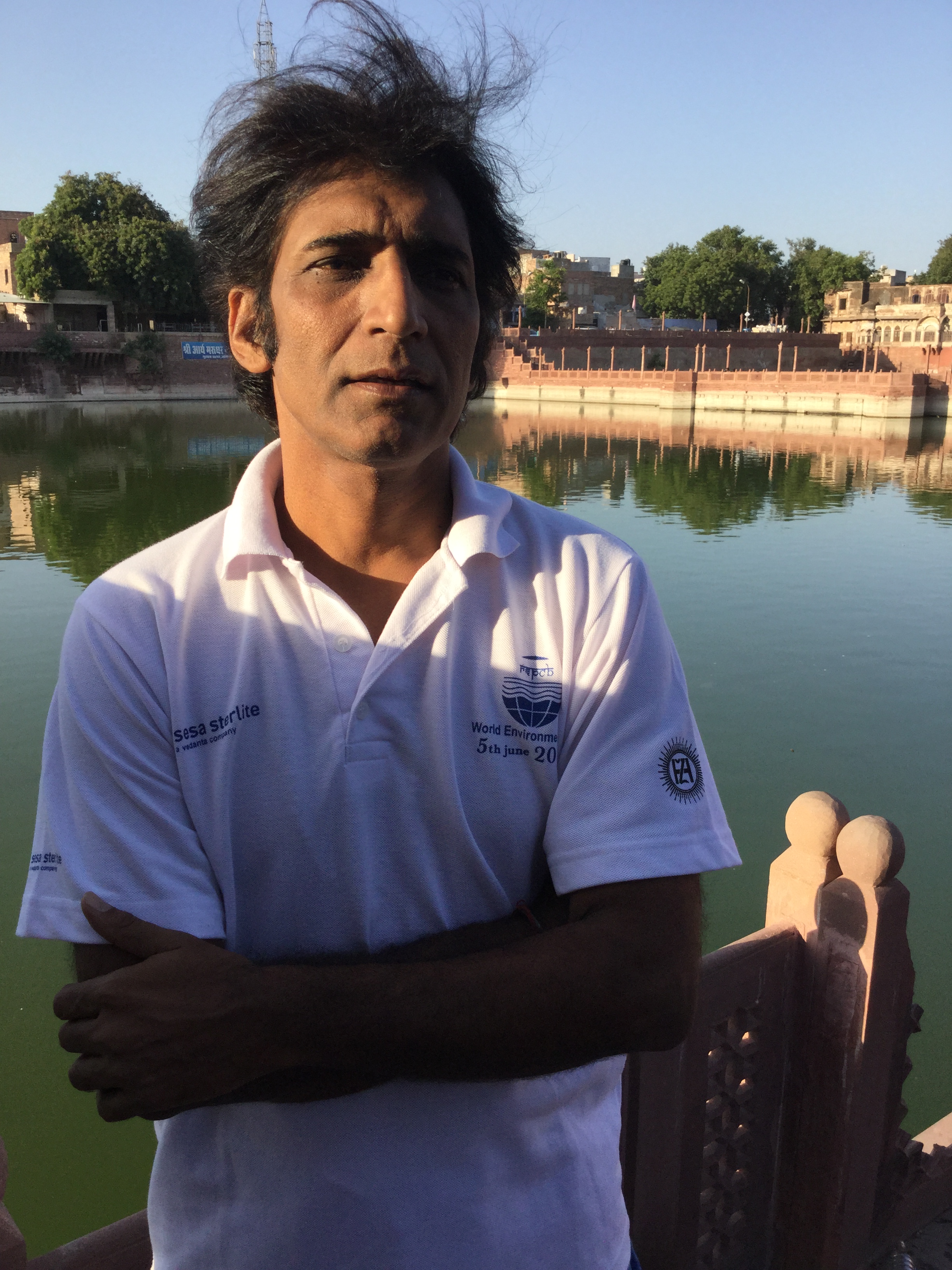 Joshi is a self-motivated eco-warrior who has taken upon himself the responsibility of reviving the city’s water heritage. “Although abandoned, the wisdom which went into designing these wells is still at work, proven by the sparkling water which accumulates there. If they can be cleaned and restored, water from these structures can reduce the city’s dependence on the canal,” he says 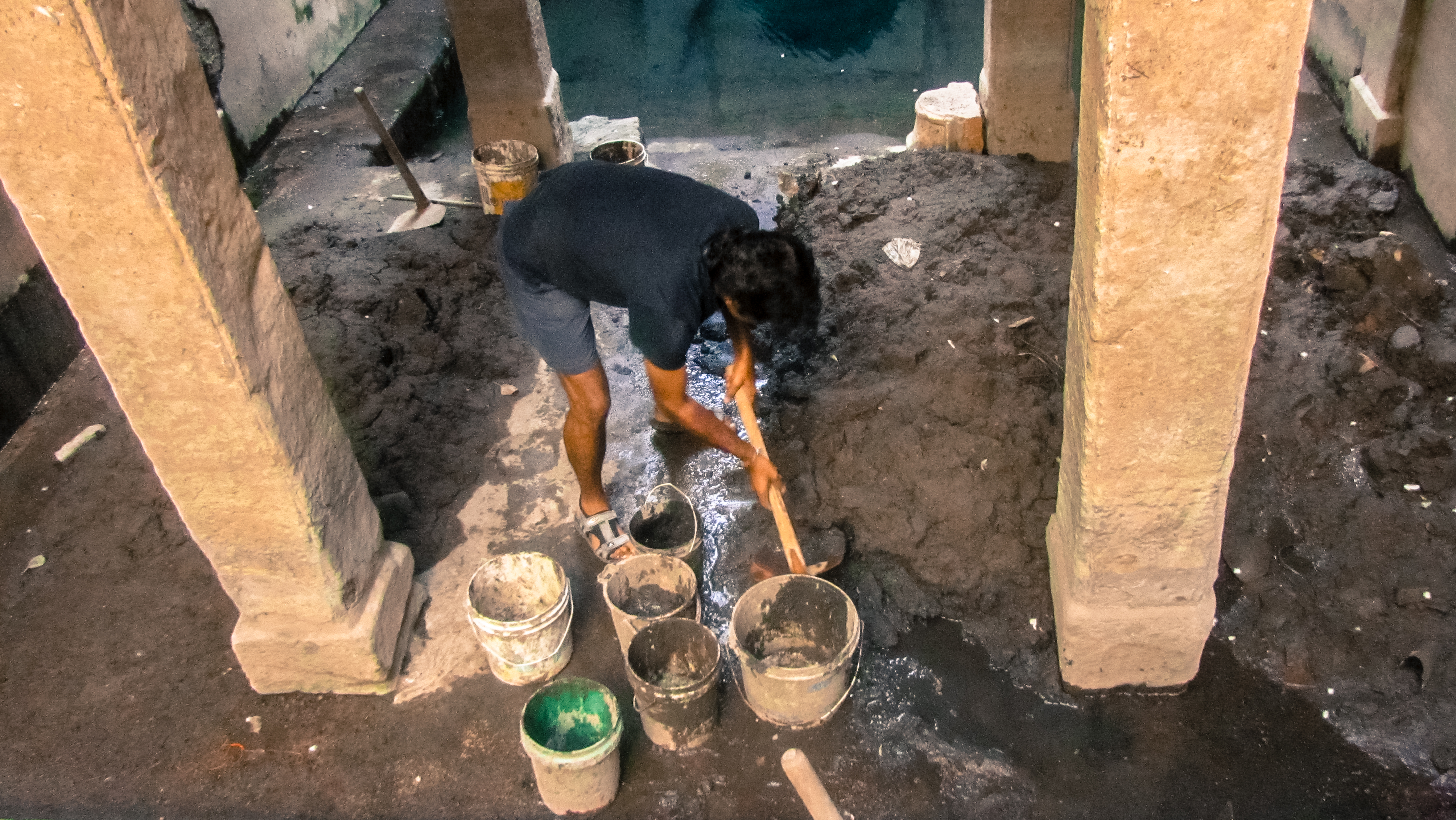 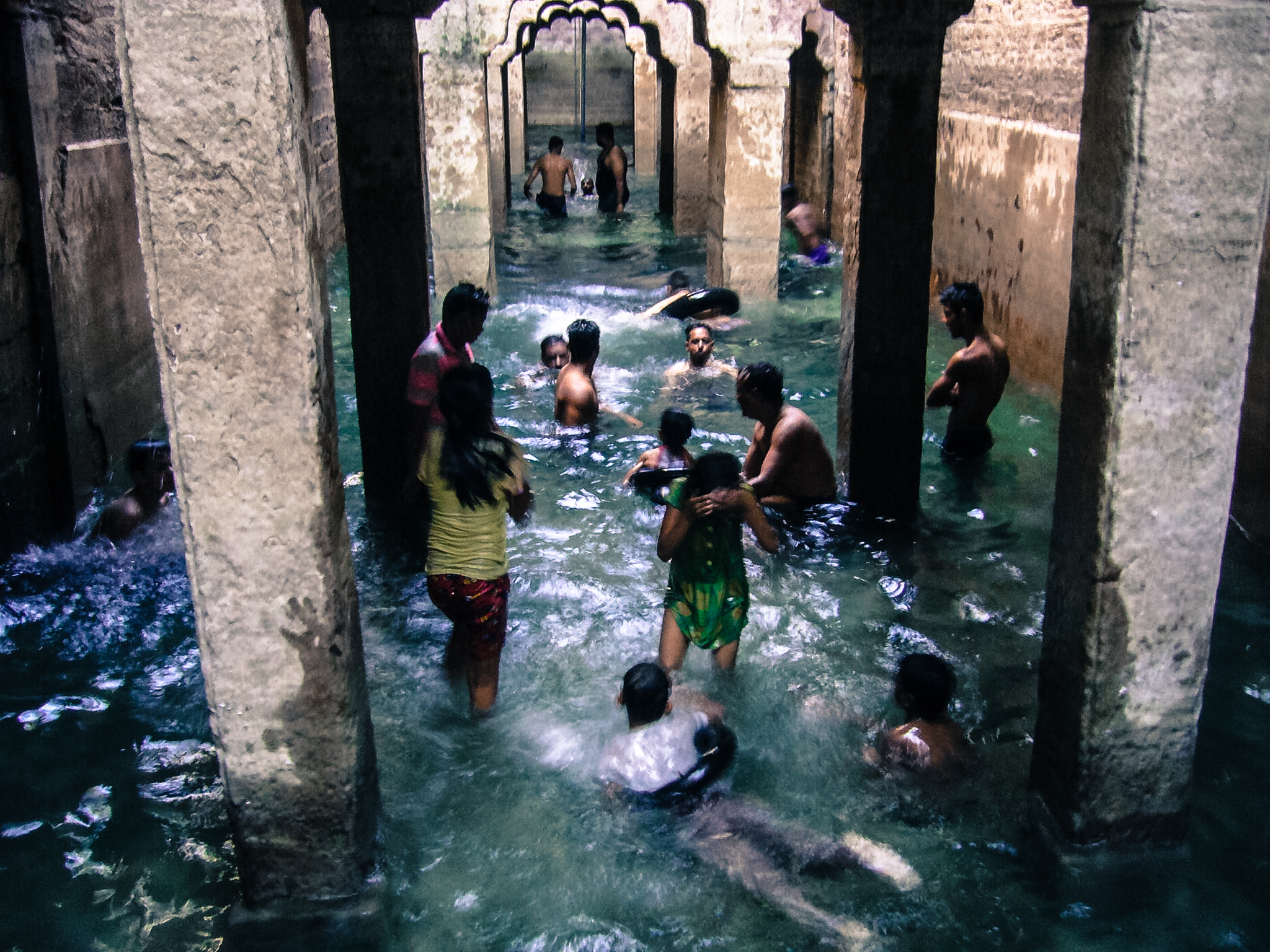 Joshi adds, “It is not like the city is not spending money on these structures. Lakhs of rupees are spent every month on the electricity bill of the pump units. Only if this money could be redirected to restoring them instead of draining them out, the city will gain much needed community space for its citizenry and more historic spots to attract tourists.” 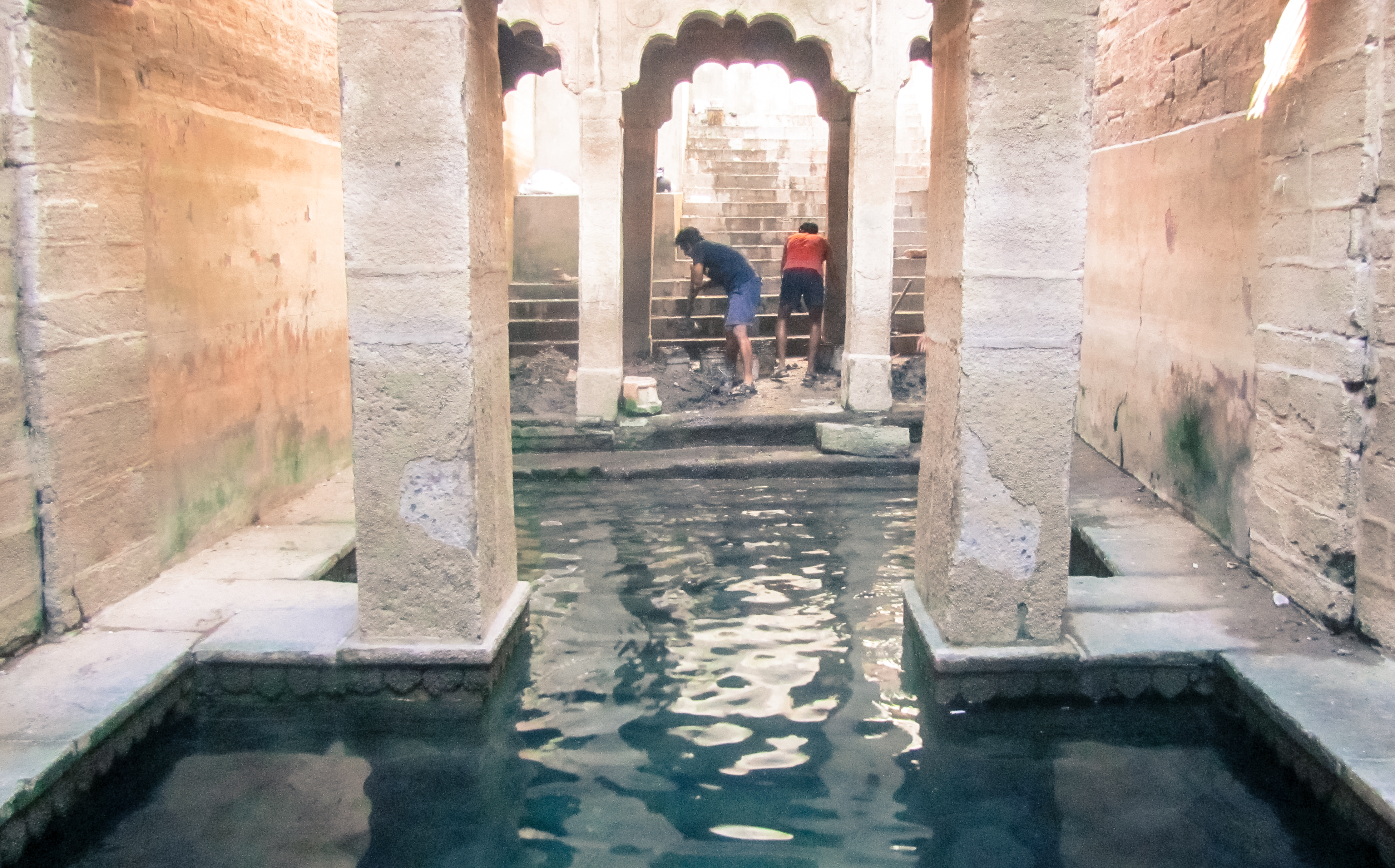 Local residents who agreed to help Joshi clean their bawris usually shy away from joining him in the endeavour due to the nature of work. It is highly physical and requires one to stand in the muck as they clean. “Much more could be achieved if more people joined me but I’m not waiting for that to happen,” adds Joshi 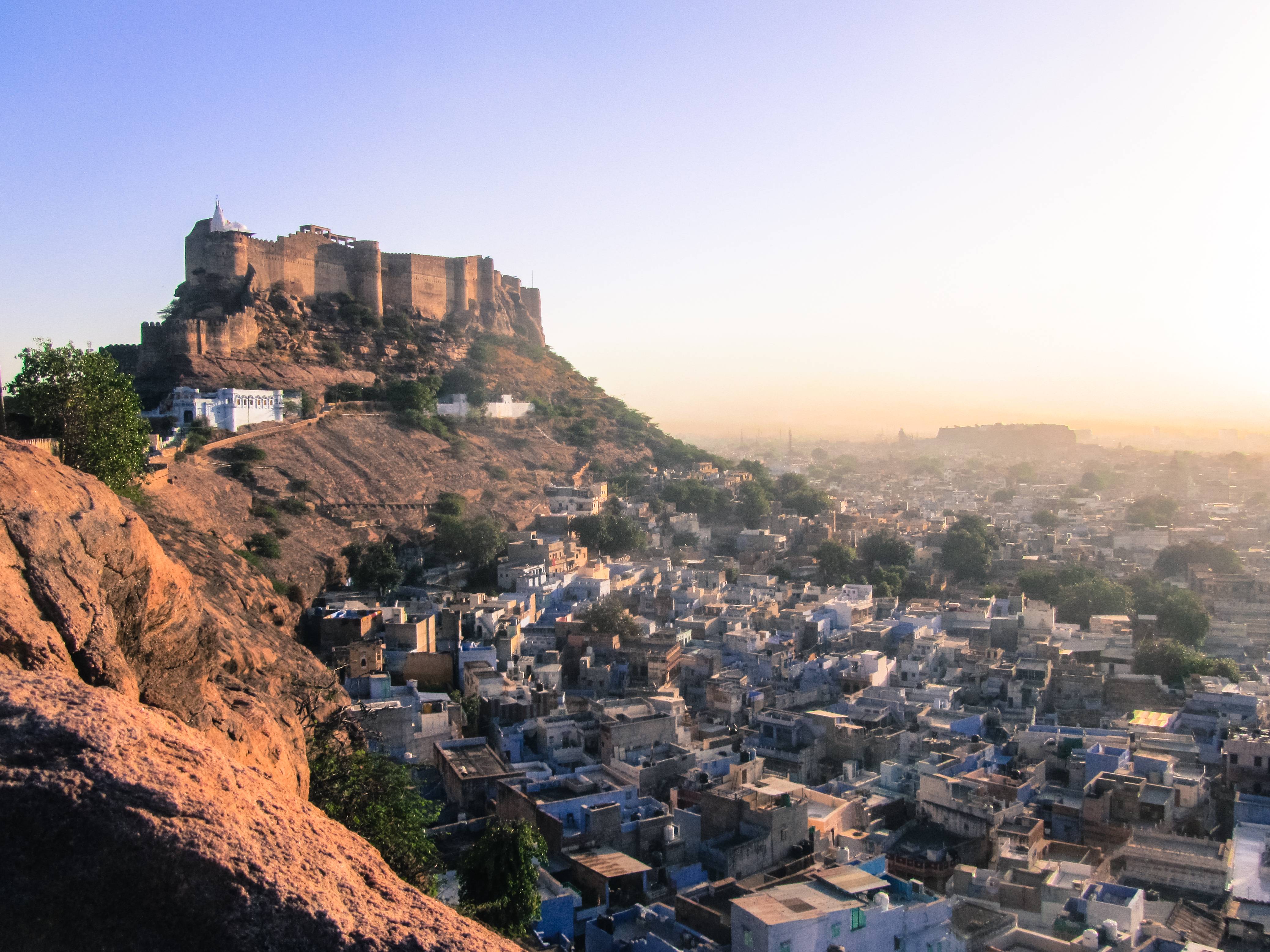 He plans to clean Jalechi jhalra and Sumanhohara bawri next. Those interested in giving him a hand can call +91-9351832419 or write to him at rajesh@growsansthan.org (Photos and reportage by Avikal Somvanshi)