Tunji Funsho, who led the effort to make Nigeria wild polio-free, says COVID-19 is a setback to the last mile of polio eradication 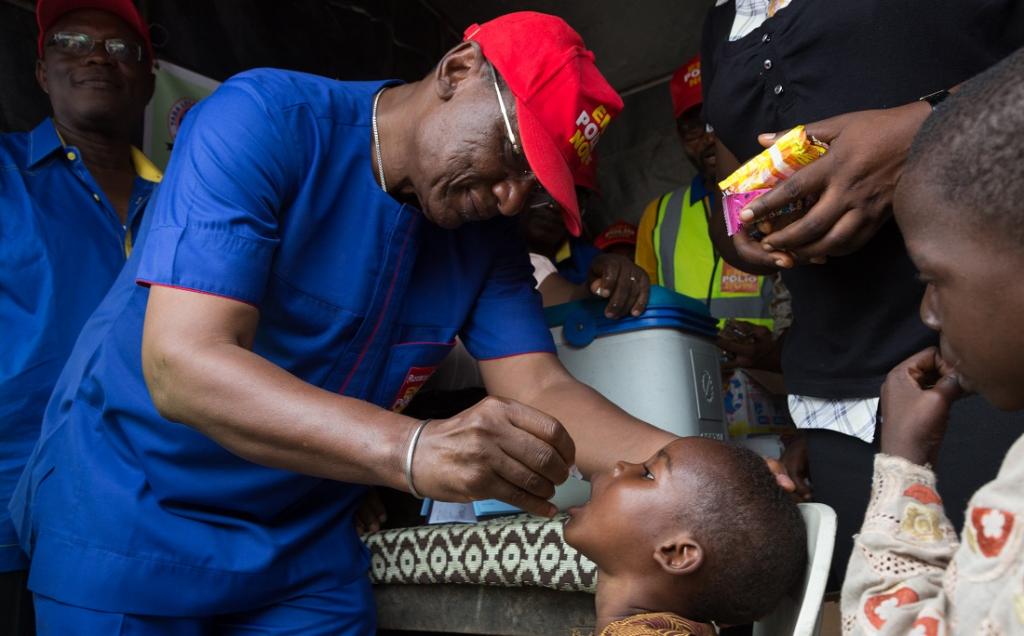 When Africa was declared free of poliovirus on August 25, 2020, it was only the second such feat after the continent managed to shake off smallpox four decades ago.

A lot of kudos for this went to Tunji Funsho, a Lagos-based cardiologist who chairs Rotary’s Nigeria National PolioPlus Committee, for eradicating polio in Africa’s most populous country.

He has worked with the Bill and Melinda Gates Foundation, the World Health Organization (WHO), US Centers for Disease Control and Prevention and Unicef. Funsho led national immunisation days to get millions of children vaccinated.

The virus was endemic there along with Pakistan and Afghanistan. But last summer marked four years without a case for Nigeria.

Down To Earth discussed with Funsho via email the achievement and his plans for the future, amid the novel coronavirus disease (COVID-19). Edited excerpts:

Rajat Ghai: How and when did you get involved with the efforts to tackle polio in Nigeria?

Tunji Funsho: I am a cardiologist by training and have been a Rotary member since 1985, the same year that Rotary launched PolioPlus, our proprietary polio eradication programme.

Then, in 1988, Rotary became a founding partner of the Global Polio Eradication Initiative (GPEI), along with the WHO, Unicef and the CDC. The Bill & Melinda Gates Foundation and Gavi, the vaccine alliance later joined our efforts.

As the name suggests, our goal is to globally eradicate the wild poliovirus once and for all, across the world and to that end, I became Rotary’s National PolioPlus Chair for Nigeria in 2013.

As the head of the Nigeria-based arm of Rotary’s PolioPlus programme, I work closely with GPEI partners as well as Rotary members around the world and in Nigeria to raise funds for polio eradication efforts, secure the support of governments and public figures, mobilise volunteers and raise awareness about the importance of polio eradication and immunisations.

Thus, the WHO’s certification of the African region as wild poliovirus-free in August was an incredible public health achievement for Rotary members, Africa and our GPEI partners and a huge step forward on the road to global polio eradication.

Yet, even as Rotary and its GPEI partners remain proud of the certification, we recognise we still have work to do and are focusing our efforts in the following ways:

First, we are now focused on strengthening routine immunisation to keep immunity levels high so that the virus does not return to Africa as we are simultaneously working to address wild polio in Afghanistan and Pakistan.

As mitigation efforts continue, the world is simultaneously moving toward the next phase of the pandemic as vaccines start to become available.

RG: What was the scenario regarding polio in Nigeria and Africa 10, 20 years ago?

TF: Amplifying polio eradication efforts across Africa was a priority for decades and Rotary approached Nelson Mandela to launch the Kick Polio Out of Africa campaign — with our GPEI partners — in 1996.

This was the first mass immunisation campaign, to my recollection. And in 2000, Africa’s first synchronized immunisation campaigns took place across 17 countries in West and Central Africa — tens of thousands of volunteers reached 76 million children, two million of whom had never been vaccinated.

In those early years, the objective was to jumpstart Africa’s commitment to polio eradication, and African nations and leaders across the continent stepped up efforts to reach every child with the polio vaccine.

Without their support, as well as the support of traditional and religious leaders and parents, we would not have delivered nine billion doses of oral polio vaccine, thus averting an estimated 1.8 million cases of wild poliovirus on the continent.

Ending polio in Africa hinged on Nigeria, as it was the last remaining wild polio-endemic country within WHO’s African region.

It wasn’t until Nigeria ultimately passed three consecutive years without any traces of wild poliovirus in August 2019, after setbacks in 2016 that the official certification process could begin. 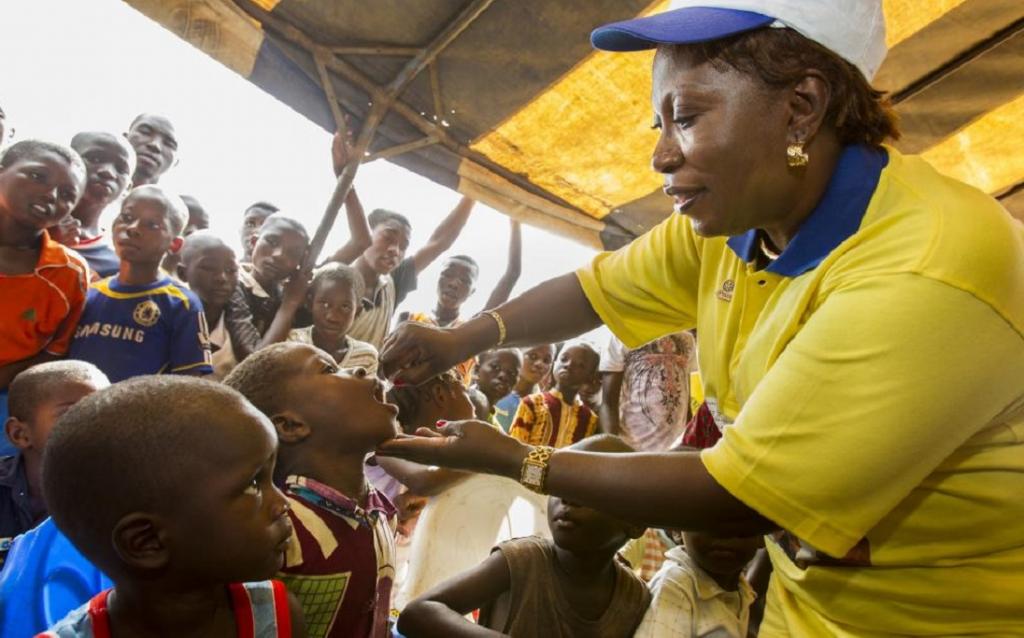 RG: What were the early difficulties that you faced when you started your efforts to tackle polio in Nigeria?

TF: The path to the African region — and Nigeria’s — wild polio-free status has not been without challenges.

Broadly speaking, there were many initial hurdles to overcome in Nigeria. Not only did we have to determine how to reach mobile populations, we also had to figure out how to immunise children in conflict-ridden areas and address issues with vaccine hesitancy by building community trust and educating parents and caregivers on the importance of polio immunisation.

We’ve also had to overcome polio outbreaks in 2004 (following a polio vaccine boycott in the northern part of the country) and 2016, among other setbacks.

RG: How was your team’s experience like in the northern states of Kano, Kaduna and Zamfara as well as the Niger delta region of southern Nigeria?

TF: You must be referring to polio outbreaks in August 2016 in northern Nigeria’s Borno state.

At that time, after more than two years has passed without any detected cases of wild polio in Nigeria, four children from three different locations in Borno state — an area in the northeastern part of the country — were paralysed by the wild poliovirus.

The children were in areas that were previously inaccessible to health programmes, including polio vaccinators, due to unrest and this was a serious setback for the polio eradication programme in Africa and worldwide.

In response, Rotary and its GPEI partners amplified surveillance efforts and launched a coordinated multi-country and inter-state outbreak response to protect against further spread by rapidly vaccinating children against the poliovirus in Borno state, bordering states in Nigeria, and countries in the Lake Chad region including Niger, Chad, Cameroon and the Central African Republic.

The programme workers developed strategies to reach previously inaccessible areas and for example, painstakingly mapped the many islands in Lake Chad and travelled hours by canoe to reach children in hundreds of settlements for the first time.

RG: How did you arrange for finances throughout?

TF: One of Rotary’s primary functions in the GPEI is fundraising, in addition to advocacy, raising awareness and mobilising volunteers. To date, Rotary and its members have contributed more than $2.1 billion to fight polio around the world and nearly $890 million to support polio eradication activities in the WHO African region.

That said, we remain focused on raising US$50 million annually, as every dollar donated to Rotary’s PolioPlus fund is matched with two additional dollars from the Bill & Melinda Gates Foundation so that we can continue to protect children in the African region as well as eliminate the wild poliovirus in Afghanistan and Pakistan.

I encourage your readers to visit endpolio.org or rotary.org to see how they can join us to help end polio for good.

TF: Although five of the six WHO regions — representing over 90 per cent of the world’s population — are now free of the wild poliovirus, we must double down on our efforts to rid Pakistan and Afghanistan of wild polio, the remaining two countries where the poliovirus continues to circulate.

Concurrently, as we seek to avoid the importation of wild polio from these remaining endemic countries, we must also keep immunity levels high in Nigeria and throughout the region by strengthening routine immunisation as well as by maintaining polio surveillance activities to make sure the virus does not return to the African region.

I believe that through the collective and sustained efforts of Rotary, our partners, national governments and religious and community leaders, Nigeria and the entire WHO African region will remain wild polio-free.

RG: What can Pakistan and Afghanistan learn from Nigeria’s experience?

TF: The eradication of wild polio in Nigeria and the WHO African region proves that with strong partners, dedication and perseverance, polio eradication is possible, even in the face of unprecedented challenges and a global pandemic.

When public and private institutions join with civil society for the greater good, no hurdle is insurmountable and ultimately, polio will become a disease of the past.

RG: What is vaccine-derived polio? How will Nigeria tackle that?

TF: Several countries in the WHO African region are affected by circulating vaccine-derived polioviruses (cVDPVs). These occur if the weakened strain of the poliovirus contained in the oral polio vaccine (OPV) circulates among an under-immunised population for a long time.

If not enough children are immunised against polio, the weakened virus can pass between individuals and over time genetically revert to a form that can cause paralysis.

With 483 reported cVDPV cases in the WHO African Region reported in 2020, seven of which are in Nigeria, it will be critical to strengthen the quality of polio vaccination campaigns and focus on raising and maintaining high population immunity levels through supplemental and routine immunisation activities.

Clinical trials have shown nOPV2 provides protection against type 2 poliovirus and is less likely to revert to a form that can cause paralysis.

RG: How has the novel coronavirus disease pandemic affected anti-polio efforts in Nigeria?

TF: While mass polio immunization campaigns were temporarily paused everywhere in March in light of the COVID-19 pandemic, efforts resumed across Africa (as well as in Pakistan and Afghanistan) in July.

As campaigns resumed, safeguards were put in place to ensure that health workers could deliver immunisations safely and would not contribute to the spread of COVID-19.

Nevertheless, even as Rotary and its GPEI partners remain focused on polio eradication, the GPEI’s Polio Oversight Board announced it is extending previous support to the next phase of the coronavirus pandemic — vaccine introduction and delivery — and so too will Rotary.

Rotary will take a proactive approach as its members become involved in this phase, at the local club level.

Specifically, Rotary International President Holger Knaack and The Rotary Foundation Trustee Chair KR “Ravi” Ravindran formed a COVID-19 response task force and are calling on Rotary’s 36,000 clubs around the world to connect with their local health authorities to ask how they can best support community COVID-19 vaccination or preparedness efforts.

Rotary and its GPEI partners have a moral obligation to leverage our knowledge and success in polio eradication as the world faces the worst pandemic in a century.

Even as we lend our tools, knowledge, and polio infrastructure to assist with COVID-19 response efforts, we must remain laser-focused on meeting the remaining challenges to a polio-free world.

COVID-19 is a setback to the last mile of polio eradication just as the 2016 Borno State wild poliovirus outbreak was a setback to the certification of the WHO African region. Together, we must end the pandemic, then put the full weight of our expertise and resources towards ending polio for good.