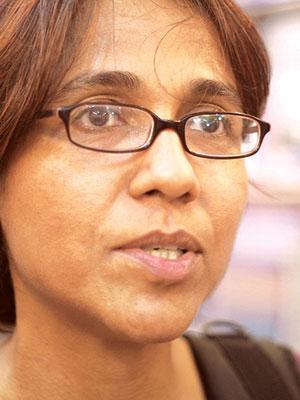 Author Amita Kanekar, whose book Fear of Lions deals with the Satnami Rebellion during the reign of Emperir Aurangzeb, spoke to Down To Earth about the conditions which led to the peasant revolt. Excerpts.

After a book on the Buddha, you have now written one on the Satnami Rebellion. Did you see any underlying similarity?

I have been researching on struggles for social transformation in South Asia, and why they seem to have failed. But there are around 2000 years between the Buddha’s time and that of the Satnamis. So obviously, things would have changed—the political system, economy, social culture. Even caste evolved with time and the varied struggles against it also came under pressure from the arrival of Islam, and more recently, at least for Hindustan, of Christianity. The Buddha’s was a time of the rise of caste, declining tribal societies, early agriculture, a burst of urbanisation, and new states-turned-kingdoms, a time of dramatic change when many people might have still remembered a different life and different freedoms. These memories might have inspired some of the ideas of Buddhism, like nibbana (nirvana). The Satnami rebellion was a time of entrenched caste society. But there were radical thinkers like Raidas, Kabir and Nanak, at least partly thanks to the spaces created by Islam, and also rulers like the early Sultans who were less enamoured by Brahmanism than the Mughals. But even the Mughals were better than the rulers who followed them and upheld Brahmanism with a vengeance.

There were several insurrections during the reign of Aurangzeb, including one by Jat peasants in Mathura. Why did you decide to write on the Satnamis?

Irfan Habib has mentioned that the Satnamis were one of the few overtly anti-caste movements in South Asian history. They managed to overcome caste divides and created a small but radical new society which, however, was finally forced to take up arms against the authorities and was then crushed. Given that caste remains at the heart of all the problems of South Asian society even today—also this movement is almost unheard-of among lay people—this seemed like a good topic to write about. Most other rebellions during Aurangzeb’s time were led by zamindars and local landlords, wanting high positions in the empire or independent kingdoms. But the Satnami rebellion was led by people who were considered nobodies and whose aim was to create a more rational and just society.

There have been several slave and worker revolts throughout history? Do you see race, religion and caste on the same level when we compare these uprisings?

Babasaheb Ambedkar has a convincing argument on why caste is worse than most other forms of oppression, including slavery. Religion has been one of the means of justifying caste, race and class oppressions, but it has also been—especially the modern religions—a means of fighting such oppression. Buddhism, Islam and Christianity are believed to have originated as socio-spiritual movements for change in the real world, and were radically based on shared ideologies, not shared background or birth. Hinduism, in contrast, is based—both in theory and in practice—on caste.