Small and landless farmers are reviving group farming to combat the novel coronavirus disease (COVID-19) pandemic. Bina Agarwal, professor of development economics and environment at University of Manchester, UK, who has closely researched and documented group farming in the country for over a decade, talks about the concept of group farming, how it has evolved, its benefits and challenges. 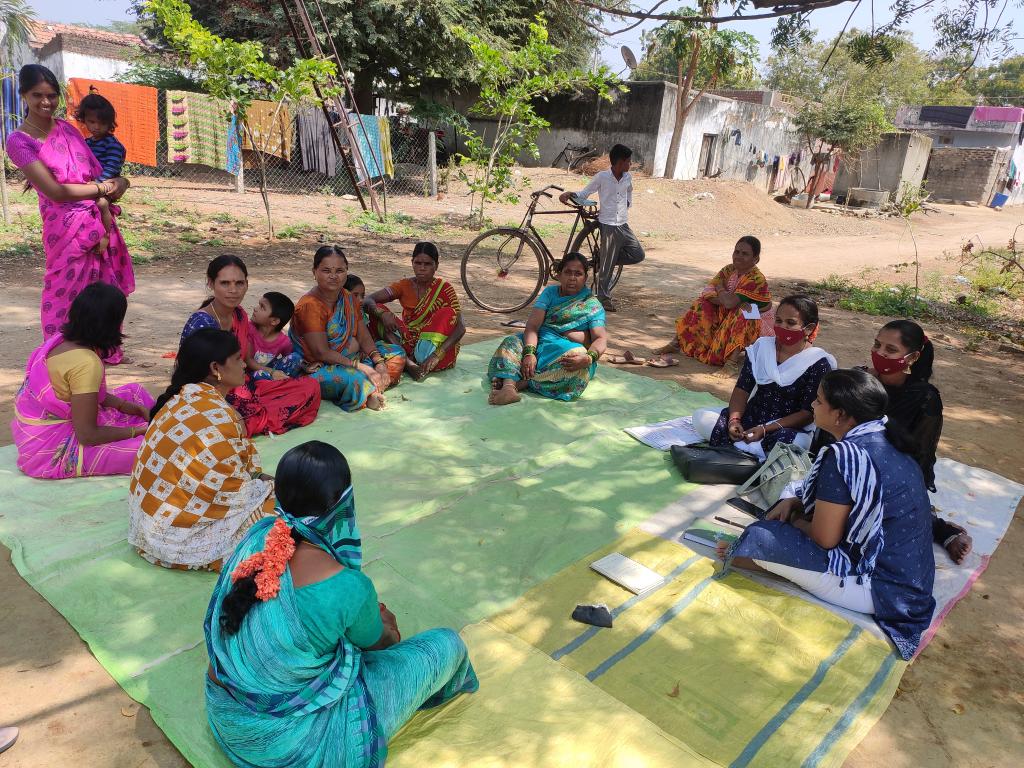 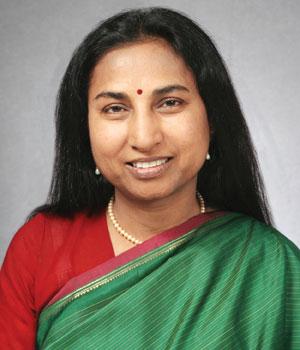 You have researched group farming for over 10 years. What benefits can it bring?

Group farming involves the voluntarily pooling of land, labour and capital and cultivating in groups. This can help small farmers overcome their production constraints.

The majority of Indian farms are too small to be economically viable. Some 86 per cent of farmers cultivate under two hectares, in fragments. Most lack access to irrigation, bank credit, up-to-date technical information, new technologies, and bargaining power in markets. A large proportion are women. Group farming can provide an institutional solution.

By forming groups, farmers can enjoy economies of scale, have more investible funds and skills, reduce input costs, and take measures to address climate change. Women can transcend social norms that restrict their access to institutions and markets, and gain independent identities as farmers.

My research, which has also catalysed new experiments in India and Nepal, demonstrates this. I am researching group farming in Europe as well.

In some states farmers collectively hire machines since it is economical, although they cultivate individually. Would you call this group farming?

No, that constitutes a much lower level of cooperation. Cooperation can be at different levels. At the lowest level you can have ‘single-purpose cooperation’, such as joint marketing of produce (Amul is an example), or collectively buying irrigation equipment, or hiring machines together.

But these farmers still cultivate individually. Group farming requires what I call ‘fully integrated cooperation’, with farmers pooling land, labour, capital and skills to cultivate together and sharing costs and returns. This can bring the most economic benefit.

Can group farming be done only on owned land?

It can be done on either owned or leased land, or a combination of both. In Kerala, group farming is based largely on land leasing. Here the state government began promoting all-women group farms in the early 2000s, under its poverty-eradication mission, Kudumbasharee. Today there are over 68,000 such farms.

In Telangana, a smaller experiment to form 500 group farms was tried by the United Nations Development Programme in 2021, collaboratively with the central government, and implemented by a quasi-non-government (NGO) organisation, The Andhra Pradesh Mahila Samatha Society (APMSS). Here too, all-women groups depended largely on leased land, since few women own land.

In Bihar and north Bengal, however, where you also find all-male and mixed-gender groups, men often pool their own land.

You did rigorous research in Kerala and Telangana. How did you collect the data and what did you find?

I organised and supervised a research team to meticulously collect weekly data for every input and output, for each crop and plot, for an entire year in 2012-13. The data we collected related to a sample of 250 group and individual farms in two districts of Kerala and 763 farms of both types in three districts of Telangana. In addition, we conducted focused group discussions to collect qualitative data on group histories and functioning.

My analysis showed that Kerala’s group farms achieved 1.8 times the annual value of output per hectare and five times the net returns per farm relative to the sampled individual family farms (95 per cent of which were male managed).

In Telangana, however, the group farms did worse than individual farms in terms of productivity, but equally well on net returns, since they saved on hired labour.

In both states, however, group farming empowered women socially and politically.

Why did Kerala perform better than Telangana?

Several factors underlie their divergent performance. In Kerala the groups received technical training and performance incentives from the Kudumbashree Mission. They were connected through independently registered Community Development Societies (CDS), which were formed at the Panchayat-level, with elected representatives from women group farmers at the ward level and ward-level representatives in the CDS.

These societies gave the group farms overall support and local negotiating power. The small groups of five to six members are appropriate for cooperation and for getting subsidised credit from NABARD. The members are literate; caste-heterogeneity enlarges their social networks and access to leased land; and commercial cropping improves profits. All this enabled the groups to overcome many of the resource constraints that women farmers normally face, and created a more gender-equal playing field.

In contrast, Telangana’s groups lacked state support after the UNDP project ended in 2005, although institutional support from APMSS continued. The groups were too large (22 members on average) and most members were scheduled caste, which narrowed their social reach and land access. A focus on foodgrains without much irrigation led to low yields. Basically, Telangana added group farming to a pre-existing programme for social empowerment while Kerala specifically designed theirs for livelihood enhancement.

The two states provide lessons on both what to do and what not to do when attempting replication elsewhere.

In one district of Telangana, some still-active groups now have 10 women per group, as you had recommended. Can this improve women’s income?

Small group size will increase their per capita returns and make labour coordination among the members easier. However, to perform better they also need technical support from the state government, more heterogeneity among group members, a diverse crop mix that includes commercial crops, and an institutional spine which links the groups, like the CDS in Kerala.

You also mentioned group farming in Bihar and Bengal. How did they perform?

Here group formation was notably influenced by my writings, and the principles I had enunciated helped shape institutional design from the start. In these states, exciting new models have emerged with varying gender composition, including all-women groups, mixed-gender groups and all-male groups. Some pool-owned land, others lease in land together, or both. Also some cultivate collectively for the whole year, others for one season or crop. The farmers pool contiguous plots which enables efficient irrigation.

All the collectives report higher wheat and rice yields than they had achieved as individual farmers. Those leasing land in Bihar have been able to negotiate lower rents and refuse to provide unpaid labour to powerful landlords. That group farming can work in feudal contexts is very encouraging and demonstrates the replicability of the basic model.

Did group farming help farmers during the COVID lockdown?

Yes it did. From all the evidence I garnered in May-June of 2020, it made a big difference, especially by helping small farmers survive during the COVID-19 national lockdown. In Kerala, the evidence showed that of the over 30,000 all-women group farms cultivating in March 2020, some 87 per cent survived economically. They were able to sell their produce locally and to the community kitchens being run by Kudumbashree women. This especially helped them market their perishable fruits and vegetables. In contrast many individual male farmers suffered losses.

In Gujarat, where 16 all-women group farms had been formed after I conducted a workshop there in August 2018, NGO Cohesion — catalysed the groups — reported that all the women were food secure. In contrast, individual farmers lost out due to shortages of harvest labour and sale bottlenecks.

Similarly, the Bihar farmers’ collectives reported that their high wheat yields provided them enough grains for subsistence needs, at a time when the government’s public distribution system (on which most marginal farmers depended) proved unreliable.

How can group farming model be replicated more widely?

Farmers need technical support and production incentives from the government, and, at least initially, a local NGO to guide them and help them gain experience with this new form of functioning.

The institutional design should also be thought through carefully, such as keeping the groups small, allowing some social heterogeneity of caste and religion among members, and connecting the groups in a federated structure, like Kerala did in creating the CDS. The crops grown should also suit local ecology and demand, and include commercial crops. This will enhance productivity and profits.

How do farmer producer organisations (FPOs) differ from group farms?

Mainly FPOs jointly market output and sometimes bulk input purchase. They rarely undertake joint cultivation, with farmers pooling land and labour. And there are only about 6,000 FPOs, many of which exist only in name. Group farmers, as I had mentioned, actually cultivate together.

However, group farms and FPOs could serve complementary functions. Clusters of group farms could register as an FPO for purchasing inputs and selling surplus output. But FPOs alone cannot help small and marginal farmers solve their production problems, or produce enough surplus to benefit from forming an FPO.

Why is the government reluctant to promote group farming?

First, it is preoccupied with agricultural marketing, paying little attention to the production constraints that small farmers face, or to the institutional innovations needed. Second, there is scepticism due to failed experiments in group farming in the 1960s, without analysing why those failed.

Basically, the government had promoted a flawed model, pushing small and large farmers to cooperate without recognising conflicts of interest between them. There was also little understanding of institutional design.

Today’s group farming programmes have adapted the successful self-help group model, which has worked for savings and credit. This model is based on principles of voluntariness, small group size, participatory decision-making and egalitarian relationships.

I believe that if the government were to seriously support group farming, it could institutionally transform Indian agriculture and farmers’ livelihoods.