Down to Earth speaks to Manu Sharma, general manager of Hero Electric about the recent Niti Aayog announcement to run all-electric vehicles on Indian roads by 2030

Recently, premier governmental think tank, Niti Aayog asked two and three-wheeler makers to suggest within two weeks, concrete steps towards a transition to electric mobility. Down To Earth spoke to Manu Sharma, general manager of Hero Electric and director of corporate affairs, Society of Manufacturers of Electric Vehicles (SMEV), about how the auto industry had been receiving the news. Excerpts…

How ready are Hero Electric and the Society of Manufacturers of Electric Vehicles (SMEV) to meet the Niti Aayog’s mandate?

The Electric Vehicle (EV) industry is prepared for the new mandate. We can scale up the supply from our side. However,  support from the government is needed for localisation of products and to create a homogenous ecosystem for e-mobility. Additionally, conducting awareness programmes will yield positive results in the long run to create a steady demand.

How does the industry perceive it? Was it foreseen?

This is a very bold move taken by the government to cut down emissions caused by vehicles. The number of two-wheelers is continuously rising. And they cause as much pollution as four-wheel vehicles do.

The government has taken similar steps in the past. In 2015, it came up with the FAME (Faster Adoption and Manufacture of Hybrid and Electric Vehicles) incentive for the promotion of electric mobility.

The incentive provides subsidies while giving financial assistance on batteries that ultimately reduce the cost of vehicles. Now, we are in Phase II of FAME, which was rolled out in March this year. So we were expecting a similar move from the government side.

The existing emission standards are already high and the industry is trying hard to meet them. So why yet another mandate to meet these standards?

The tail pipe emissions caused by two-wheelers are as harmful as smoking. We should move from shed mobility to electric mobility. The government should come up with a scheme that would replace existing old Bharat Stage II and III vehicles. People should be discouraged from buying engines that emit. That looks like the solution for now.

The move by the government is ambitious and we may not move towards it in the time period set, ie 2030, but it would set the momentum for our long term goal of completely electrifying the roads. 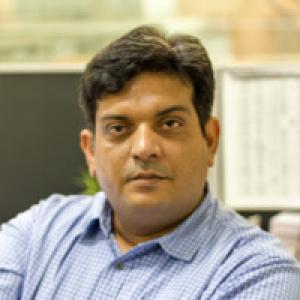 How do you see this? A challenge or an opportunity?

The scale and the number of vehicles on the road is still a challenge. For our industry, this is an opportunity, but the challenge lies in creating awareness among people about the benefits of e-vehicles.

On the positive side, the market for electric cars is simultaneously growing. Multiple manufacturers are bringing their products in the market. So the competition in the market has to be encouraged.

Can this mandate put India in a fast track mode of the green economy or the hub for e-vehicles?

If we are able to shift the huge mass of vehicles to electrical, it would help put air pollution under control. Right now, 13 Indian cities are included among the world’s 20 most polluted cities.

Our policy for e-vehicles should start from Tier I cities first because they suffer the most from pollution. After that, we would be able to spread e-vehicles in Tier II and III cities.

The government should be more active in helping realise this goal of a completely green economy. It should contribute to research and development while providing infrastructural support.

This mandate has the potential of making India one of the biggest hubs for e-vehicles. It would also help create employment opportunities.

What will be the cost of this transition for India? Especially after considering the Bharat Stage VI emission standards?

So many jobs in India rely on the vehicles industry and if we were to shift our markets to complete electrical vehicles, then we have to solve the problem of employment first. People should not lose their jobs, plus there should be more employment generation. It is a paradigm shift for the Indian vehicles sector.

How do we pull off the cost and market analysis with BS VI and the 2030 target?

There should be encouragement in the market for companies to join this initiative. As more and more companies come in the market, it would create a bandwidth of firms along with choice given to consumer preference. As I have said earlier, 2030 is too ambitious for the Indian scenario but it would give the industry a required push towards achieving the goal.

BS VI vehicles would be costlier than preceding models. Thus, a vacuum of sales can be created in the industry. To an extent, it is a good thing for an environment that would put a cap on car sales. The transition is going to be a challenging move for the industry.

What are the plans of Hero Electric?

The industry for e-vehicles is rising with more companies coming forward in the market with newer technologies. There are many companies in the e-sector but their plan should be to operate in the long run.

To be successful in this sector, you have to be invested for the long term. You have to first create goodwill in the market along with providing support and incentive to the customer.

What support does industry expect from the government?

The utmost priority for the e-vehicles sector in India is the localisation of the manufacturing industry. The most important Lithium-ion battery, along with several other parts, are imported from abroad. That increases the cost of bikes.

Plus, the government should provide easy finances on the purchase of such vehicles. If the government decides to promote its industries, it has to provide subsidies on import of such products. If these products are manufactured in India, the costs would ultimately come down.

Another challenge is infrastructural support. It is difficult for companies to acquire space for the installation of public utility charging stations. The government should take responsibility for getting public spaces, and provide easy access to such charging stations.

What does this mandate mean for the consumer?

The target of this mandate is Tier I, II, and III cities. The pollution levels are severe in these cities and e-vehicles have to be introduced in these areas first.

Inside the city, connectivity of charging stations and services are possible. So a customer living in the cities has to be encouraged to utilise these vehicles.

Customers usually do have a preference for using vehicles that provides speed and higher mileage. This gives rise to an increase in purchase of vehicles above 150 CC. Consumer sensitivity is something that should be promoted, as it will give encouragement to use vehicles which are eco-friendly.

It will take some time for bringing e-bikes to India’s rural areas. Although it is to be noted that e-bikes are more cost efficient in rural areas because it will save petrol costs for people. In 1-2 units of charging, an e-bike can go up to 70-80 km.

How would the government arrange electricity supply?

If India wants to bring e-vehicles on the roads by 2030, it has to look after the electricity supply and last mile connectivity. India has the potential for providing electricity supply. The problem lies in the distribution system. Harnessing the renewable energy for power generation is one way the government can tackle the energy distribution.

How do we take care of lithium-ion supply?

Lithium is a rare earth metal found mostly in Chile and Bolivia. India hasn’t yet started to look out for lithium ore sources. The e-vehicles industry is the most sought-after industry for the green world, while the supply of lithium, the core element, is limited in occurrence. Considering the mass of Indian population, the government should have tie-ups with countries who have lithium reserves.

One positive factor of Lithium batteries is that they do not perish for 10-20 years, and even after that, they can be recycled. Lithium supply has to be regulated so that no undue advantage or monopoly over the metal is created.

Research and development all over the world are trying to find ways of substituting Lithium-ion batteries and coming up with cheaper alternatives. But it will take some time.

What are the challenges before the 2030 goal?