'All these sites have multiple stresses affecting them. Climate change only adds to that'

Adam Markham, Union of Concerned Scientists (UCS) Deputy Director for Climate and Energy and lead author of UNESCO’s recent report on World Heritage sites (“World Heritage and Tourism in a Changing Climate (2016)") spoke to Down To Earth. Excerpts... 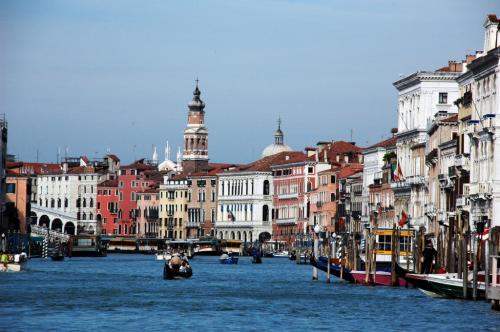 When and how did you collect the data for this report?

This is not a quantitative analysis for which new data was collected or field work done. I did most of the work in the report and it was to review and collect information that already exists in the peer-reviewed literature, technical reports, Intergovernmental Panel on Climate Change (IPCC) reports, State of Conservation reports provided by States Parties under the World Heritage Convention, and the World Heritage Outlook survey carried out by the International Union for Conservation of Nature (IUCN). We also talked directly to scientists and protected areas managers with direct experience of research in the most of the sites. So, this is a review of the literature and we have pulled it together for the first time to get a snapshot of the severity of the situation.

Can you please elaborate on the criteria or the methodology used to assess the climate risk? Did the criteria vary from site to site?

Again, no such thing exists for the 1000+ World Heritage sites. However, we did reference the one quantitative analysis from 2014 that looked at all the cultural world heritage sites and their vulnerability to the single climate impact of sea level rise. The case studies were all peer-reviewed by experts on the sites.

UNESCO lists around 1000 sites as World Heritage site in 160 countries.  The report lists only 31 sites in 29 countries.  Did you study only these 31 sites (or more sites were studied, but only a select out of these have been listed). Can you please clarify how many sites were studied in total and in how many countries?  What are the key findings regarding the world heritage sites in India, especially Sundarbans (which is not listed in this report).

The 31 sites were chosen to be representative of geography and a variety of types of landscapes – from coral reefs to tropical forests to deserts. From the Statue of Liberty, to the ancient city of Venice to the archaeological sites of Easter Island and Orkney (Scotland). Many more sites are vulnerable to climate change. For instance, the Everglades, the Great Barrier Reef, Mont Saint Michel, the Swiss Alps, but we did not have the time or the space to include more.

What is the difference between a site is under “threat” or at “risk” mentioned in the report?

Every site in the report is already experiencing some impacts of climate change. The problem is already here now for these places, and in all cases, it will get worse in the future. Some are more threatened than others. The archaeological site of Sakara Brae in Scotland and some of the statues on Easter Island are in real danger of being lost to the sea as a result of coastal erosion (worsened by climate, storms and sea level rise) in the near future. Venice is likely to eventually succumb to rising water levels, even with the new barriers to prevent storm surges at the lagoon entrances. Coral reefs such as those in New Caledonia and Palau are already being damaged by stronger and more frequent El Ninos. The Illulissat Glacier in Greenland is melting faster but it would take centuries to be lost entirely. The ecosystem of Yellowstone National Park will transform over the next few decades as wildfires become bigger and more frequent and snowfall declines due to warmer and shorter winters.

How did you estimate and relate the risk factors to climate change and other factors?

All these sites have multiple stresses affecting them – whether it is too many tourists in Venice and the Galapagos, metals mining in New Caledonia or poaching and human encroachment in Bwindi, Uganda. Climate change impacts are a new and additional stress that makes the combination of all the others worse and brings new direct threats with it.