Saleemul Huq is the director at the International Centre for Climate Change & Development (ICCCAD) since 2009. Huq is also a senior fellow at the International Institute for Environment & Development (IIED) where he is involved in building negotiating capacity and supporting engagement of Least Developed Countries (LDCs) at United Nations Framework Convention on Climate Change (UNFCCC). In an interview with Arjuna Srinidhi at the Bonn climate talks, Huq talks about how Bangladesh is managing its funds and setting an example for others to combat climate change. Edited excerpts: 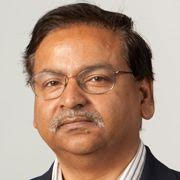 Bangladesh is one of the most vulnerable countries when it comes to climate change. It even features in the top five countries listed by various studies. What are the key risks and what kind of response measures is the country taking?

Yes, Bangladesh is one of the most vulnerable countries.  It was one of the first developing countries in the world to have its own Climate Change Strategy and Action Plan (CCSAP).  More than half a billion dollars of its own money has been put into it. Also, agriculture is one of the more vulnerable sectors, particularly in the low-lying coastal areas. Salinity intrusion is an issue, which is a disaster of slow onset.  Drinking water is also becoming a major problem.

The Bangladesh Rice Research Institute is working on salt tolerant varieties of rice and promoting this across the coastal areas.  In areas where there is extreme salinity, shrimp cultivation is being promoted.

The other key vulnerability for Bangladesh has been cyclones. But the country has learnt a lot from the past experiences and made tremendous progress in terms of establishing early warning systems and avoiding losses to human lives.  The ‘Bhola’ cyclone in 1970 led to over 500,000 deaths. The severe 1991 cyclone claimed over 200,000 lives.

The lessons learnt from these led to many changes in the disaster response system in Bangladesh.  During cyclone Sidr in 2007 and cyclone Aila in 2009, over three million people were evacuated, leading to virtually no loss of lives on land.  Yet, there were some lives lost during Sidr, mostly fishermen who were out at sea. But this number was also significantly reduced during cyclone Aila when early warning systems had gone out well in advance to all vulnerable areas and communities.

Would you tell us more about CCSAP of Bangladesh? How was it conceptualised and what does it cover?

It was during the seventh conference of parties in Marrakkesh where it was decided that countries would come up with National Adaptation Plans of Action (NAPAs). Approximately US $0.2 million was allocated from the Least Developed Country Fund (LDCF) to help countries come up with these NAPAs.  Bangladesh was the first county to prepare NAPA and did it in consultation with various government departments. The then minister of finance saw great potential of this exercise and was keen to see that the objective of coming up with the NAPA was not just limited to applying for a couple of internationally funded projects but that it would also be the basis for a comprehensive vulnerability assessment and climate change action plan for the whole country.

So, it was with this intention of a comprehensive long term strategy to deal with climate change that Bangladesh introduced its CCSAP, which even included mitigation actions because we see that this is something every country in the world should be contributing to. The action plan has six pillars—food security, social protection and health; comprehensive disaster management; infrastructure; research and knowledge management; mitigation and low carbon development; and capacity building and institutional strengthening.

Over 40 programmes were identified under these six themes and over US $50 million was allocated to the CCASP that would begin with Bangladesh’s own funds.  And when the government changed, the new government gave it much more priority and since then about US $ 100 million has been allocated to it every year for next five years.  That is why I say that close to US $0.5 billion have been spent from our money in combating climate change.

How is climate finance managed in Bangladesh? How much international support do you receive in addition to what you have been doing locally?

There are two basic climate change funds. Firs, the climate change trust fund to scrutinise the proposed projects and to coordinate all the domestically-funded projects. Two third of this goes to the various ministries for different projects and remaining one third is reserved for emergencies.  So, we do have about US $ 100 million in a reserve fund which we are considering to use by setting up a Loss and Damage fund.

Second is the Bangladesh Climate change Resilience fund which has about US $300 million. The money has been pooled in from various international sources, including World Bank, Japan, the UK, the US and a few others. All the activities being supported by these funds are also a part of our overall CCSAP.  And that is the most important point since it means we have one overall strategy and all sources of funding are being used to fill different aspects of it.

So if you see in all, Bangladesh spent over US $800 million on climate change adaptation, much more than the sum of money available to the Least Developed Countries fund meant for 48 countries.

We are still waiting to see the timings and levels of monetisation of international funds such as Green Climate Fund (GCF). But will the kind of funding for climate change actions, like in Bangladesh, continue in future?

One needs such funds to kick start climate change planning at regional and national level. Now that that has happened, there will no longer be separate funds, but it will all be incorporated into national development budget, where plans will be made using the climate change lens.

Broadly, the CCSAP still exists and will continue to guide all our actions which are going to be mainstreamed into the budget of different ministries.  But just these funds will not be sufficient to combat the kind of extreme weather events that Bangladesh is facing and the projections for the future, so monetisation of the GCF and embedding Loss and Damage in the Paris agreement is absolutely critical.

Livelihood security in changing climate: insights from the coastal region of Bangladesh