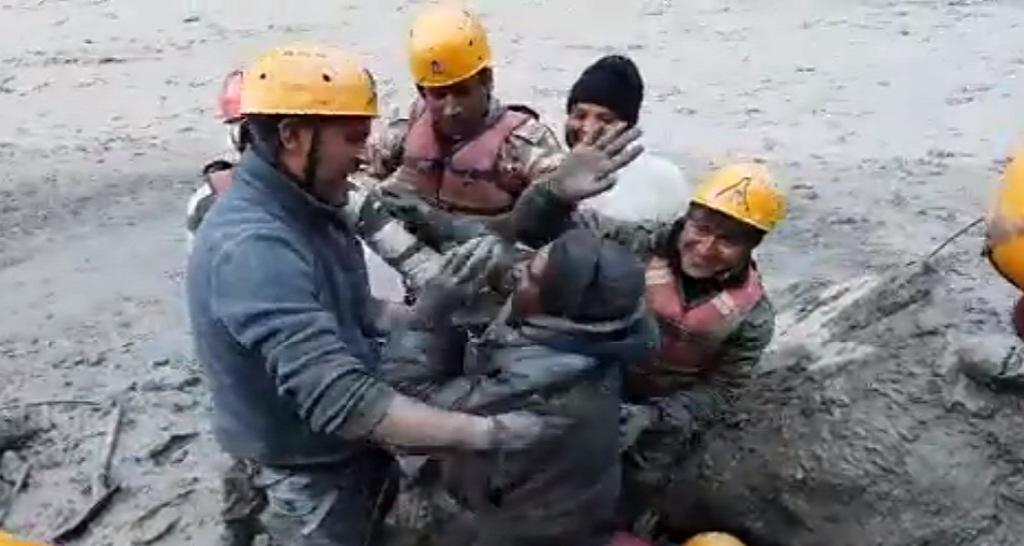 There are many hypotheses circulating on the possible causes of the massive flood in the Chamoli district of Uttarakhand February 7, 2021 that has killed 15 people till now, with 150 people still missing.

The hypotheses include a glacial lake outburst flood, low snowfall, an avalanche and a landslide. Slowly, consensus is increasingly pointing towards a landslide being the primary cause even as researchers are trying to reach ground zero and conduct a detailed study that would make clear the exact conditions prior, during and post the event.

A landslide usually occurs because of extreme rainfall events, earthquakes or changes (sudden or slow) to the geology of an area. The first two reasons are not applicable in the current case.

The third cause is especially seen in regions with glaciers as the thawing and re-freezing ice changes the characteristics of the rock and soil.

In fact, glacier-related landslides in the high mountain regions of Asia, including the Western Himalayas, have increased in the last decade, according to a research paper published in the journal Nature January 15, 2021 by scientists at the Institute of Geographic Sciences and Natural Resources Research, Chinese Academy of Sciences.

The researchers established this by analysing data for 1998-2018. The landslides that could have occurred due to earthquakes were removed from the dataset.

To know how a landslide could have occurred February 7 and what could be the possible reasons for it, Down To Earth spoke to Daniel Shugar, geologist and director of the Environment Science Program at University of Calgary, Canada.

Akshit Sangomla: How sure are we that the Chamoli disaster was caused by a landslide? 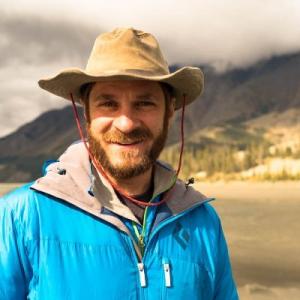 Daniel Shugar: We can’t be 100 per cent sure there were no other causes. But the landslide scar identified in the satellite imagery, combined with the dust plume visible in the imagery, is a pretty convincing argument (in my mind) that a large landslide occurred.

The videos I saw, showed large clouds of dust and moisture following the flood downstream. The question that remains in my mind is where did all the water come from? There are multiple possibilities.

First, the landslide itself was a combination of rock and glacier ice. There is a tremendous amount of (frictional) heat generated in these types of landslides and that would have melted a fair bit of the ice.

When the mass hit the ground, it may also have melted any ice that was buried in the area in front of the larger glacier to the east (not sure of its name). But the volumes of water in the videos is a lot and so I am leaning towards there being another source of water.

It is possible that the landslide temporarily blocked either the Rishiganga or the Dhauliganga, that caused a lake to form, that then burst. That is purely a guess on my part at this point. I expect we will learn more today as reconnaissance crews visit the site.

AS: What could be the cause of the landslide?

DS: Yes, we can’t know the exact cause of the landslide just yet. Satellite imagery suggests that there was some snowmelt in the few days prior, that suggests there may have been liquid water (which is odd for February at these altitudes, I would think).

If so, this liquid water can destabilise the rock and even lubricate (make slippery) the bedrock, that could have contributed to the failure. But as above, that’s a guess on my part.

AS: How is this event different from the 2013 Uttarakhand flood, often called the Himalayan Tsunami?

DS: As I understand, the 2013 floods occurred during the monsoon period. There, heavy rains triggered flash floods and landslides. In this paper from 2015, several photos are shown which, to me, indicate that many of these were surface failures.

In other words, the soil and vegetation failed. Of course, those were horrific in their aftermath but they are a different kind of “mass wasting” (landslides are one type of mass wasting, but the most commonly used / understood by most people) than the type we think occurred yesterday.

I’m afraid I don’t actually know much more about the 2013 events. But yesterday’s appears to be what I would call a rock avalanche. In other words, the bedrock itself would be involved, not just soil on top. These tend to be very large and in this case, involved a fair amount of glacial ice. So, while liquid water (in the form of rain in 2013 and melted snow in 2021?) may have played a role, the mechanisms appear to be quite different.