‘Monsoon withdrawal will be sooner this year’

Down To Earth speaks to climate scientist Elena Surovyatkina, who said the overall south west monsoon over India had shrunk in 2020

The performance of the south west monsoon over India has been pretty good so far this year. Between June 1 and August 31, 2020, the country received 10 per cent more rainfall than normal.

The monsoon onset over Kerala had also been right on time this year on June 1. However, the monsoon had a delayed onset over central India, with rains starting only at the end of June and the monsoon might also withdraw early from that part of the country this year, effectively shrinking the duration of the season.

Down to Earth spoke to Elena Surovyatkina, a climate scientist at the Potsdam Institute for Climate Impact Research in Potsdam, Germany and a principal researcher at Space Research Institute of Russian Academy of Sciences in Moscow, Russia about the reason for the delay of the monsoon over central India and her insights about monsoon behaviour and possible withdrawal in 2020.

She issued her forecast for the monsoon withdrawal date from the central part of India on August 14. The unique forecast, made for 50 days in advance, is the only available monsoon onset and withdrawal forecast in India. Edited excerpts:

Akshit Sangomla: What do you think about monsoon behaviour in 2020? 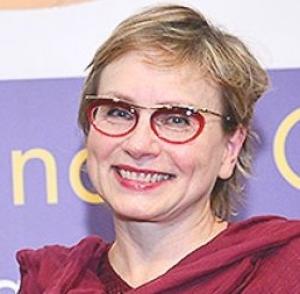 Elena Surovyatkina: According to my observations, pre-monsoon rainfall usually disturbs the organisation of the monsoon, making it delayed and weaker.  The year 2020 has been no exception. The very disorganised advance of the onset of the monsoon, a dry spell between June 17 and June 26 is the consequence of unusually strong pre-monsoon rains in spring.

In fact, the real monsoon rainfall began over the Eastern Ghats only from June 26, when relative humidity overcame the 80 per cent threshold — which is holding around 90 per cent level until the present. Why did it happen?

During the spring of 2020, a large area of atmospheric high pressure in eastern Russia was dominant. Temperatures in the Arctic Circle in north Siberia hit an all-time record, reaching 38 degrees Celsius (°C) in the town of Verkhoyansk. In May, Siberia had extreme heat, with temperatures of up to 10°C above average. It resulted in the warmest May on record for the entire northern hemisphere and indeed, the world.

On the periphery of this zone, from Siberia till the coastal area of Eurasia including North India and North Pakistan, a band of the clouds had formed. It lowered the temperature in this area, that I call the negative anomaly area.

Thus, during the spring and two months in summer, temperature in the daily average temperature in north Pakistan, north and northeast India remained about 4°C lower as compared to the average of last five years. This tendency in temperature has remained during the monsoon season as well. In August, the high pressure area in Siberia disappeared and the active monsoon phase began.

AS: Why was there a delay in the onset of monsoon over central India?

ES: When we talk about a delayed monsoon, we have to specify the location where it is delayed. The India Meteorological Department (IMD) focuses on the monsoon onset over Kerala. My case in point is the central part of India. Monsoon onset might be early over Kerala but was delayed over the Eastern Ghats.

When both branches are strong, the whole Indian subcontinent receives a good amount of rainfall. However, it is a trend in the last few years that the Arabian Sea branch is becoming stronger because the temperature there is rising. It takes longer time when the monsoon turns from north to northwest over the Bay of Bengal towards the Indian subcontinent.

Thus, it arrives late in central India. During Monsoon 2020, this tendency remained and the One-Handed Monsoon appeared again. That means the western coast of India received a lot of rainfall from the Arabian Sea branch, but the eastern coast had a deficit of rain.

AS: When do you think the rains will withdraw from the Indian subcontinent this year?

ES: When the temperature in north Pakistan is lower than average, it takes less time for the whole Indian subcontinent to cool down from the boundary with north Pakistan to the eastern coast of central India.

Thus, the negative anomaly in north Pakistan might notably shift forward the time of the monsoon withdrawal date and shrink the duration of the monsoon season this year.

The withdrawal will be early this year from both, central India and the rest of India. The conditions for monsoon withdrawal occur when the Indian subcontinent cools down below 27°C. Once it happens in a critical region such as central India, the rest of the eastern part cools quickly.

In 2019, the temperature in the northwest at the end of the August was very high; this is why monsoon withdrawal was delayed. I have observed the trend for delayed withdrawal of monsoon starting from 2007.

This year is unique, because the initial temperature of 4°C is less than average. When initial temperature is low, the process of withdrawal is quicker. The south west monsoon is likely to withdraw from the central part of India (20N, 80E) between October 3 and October 13, 2020.

Nevertheless, after the monsoon withdrawal in October, other post-monsoon rainfall might appear over central and northwest India. Such scenarios happened in 1974 and 1975, but in those years, temperatures in north Pakistan were not abnormal. Post-monsoon rainfall was also observed in recent years, in 2019, 2017 and 2014.