'Natural disasters are shaped by social and economic inequality'

Down To Earth speaks to historian Ben Kingsbury, who, in his book An Imperial Disaster: The Bengal Cyclone of 1876, says natural disasters are not simply natural, but shaped by all-too-human patterns of exploitation and inequality 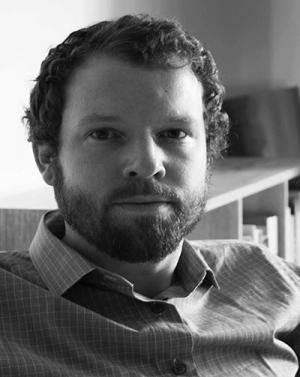 In the early hours of October 31, 1876, a devastating cyclone emanating from the Bay of Bengal drowned at least 0.21 million people and another 0.1 million died in the cholera epidemic and famine that followed. Such events are often described as "natural disasters". But historian Ben Kingsbury turns that interpretation on its head in his book, An Imperial Disaster: The Bengal Cyclone of 1876, showing it was not simply a "natural" event, but one shaped by all-too-human patterns of exploitation and inequality—by divisions within Bengali society, and the enormous disparities of political and economic power that characterised British rule on the subcontinent. Down To Earth spoke to him on the untold narratives of "natural disasters". Excerpts:

Your justification for the book is "immensely relevant history for an age of climate change". On what will you put more emphasis on: disaster, management or governance in the contemporary context?

I think any good environmental history is relevant to an age of climate change. So much writing about climate change is fixated on the future —something that hasn’t happened yet, and might take any number of forms. Trying to predict the future takes our minds away from where we are and what we’re doing now. And all that we know about “now” comes to us from the past. There is a very long human history of environmental change. I think stories from that past are essential in making sense of our situation.

These stories might not apply directly to current events, but still provide us a way of understanding them—more parable than policy, you might say. The story of the Bengal cyclone helps us think about the many ways that “natural” disasters are shaped by social and economic inequality. It also helps us to think about how the forces of nature can make those inequalities worse.

You have not spared a chance to drive home the point that "social position" decides the impact of a disaster. Your book clearly shows this in the case of the Bengal cyclone in 1876. Do you think, in a climate change era, the world's poor have been left in the same situation?

Undoubtedly. I’m suspicious of the view that when it comes to a major disaster social divisions suddenly disappear. Perhaps they do when the survivors of a storm-wave are sitting together under a tree without any clothes on, but when they come back down it is business-as-usual. Some people are able to recover, and some aren’t. The people on the coast of Bangladesh who are suffering the most from environmental changes are very poor—fisherfolk and their families; people living outside the embankments; and, people whose lands have been washed away by the rivers. There are also people profiting from their misery, just as there were after the Bengal cyclone. If anything, climate change is increasing these divisions, not reducing or resolving them.

Cyclones of this scale and severity continue to strike the Bay of Bengal region. And we increasingly find that though human casualties might have been reduced, but economic losses have increased and preparedness is low. So how will you describe this in a situation when we have democracy, better government infrastructure and also a vibrant society that is capable of influencing governance?

I think one of the explanations for this must be corruption, which is also vibrant in this part of the world. There are many good things happening in Bangladesh, but transparent governance is not one of them. Money for infrastructure and social projects is being drained by contractors, government officials, politicians, and many others. It’s hard to make sustained progress when corruption is this bad—like trying to climb a banana tree, as a Bengali saying goes.

The last paragraph in the book says that no measures were taken to avert such a disaster. But these measures are visible now. Then why are we still facing the consequences, particularly the poor who continue to suffer the most and who the biggest victims of climate change?

Yes, there are now embankments along much of the coast, storm warnings, cyclone shelters, microcredit schemes and afforestation projects. These are all improvements since colonial times. Some of these measures, though, may have encouraged a false sense of security and led to denser settlement along the coasts. This increases the risks and costs of any disaster. There are all sorts of other problems too. It’s not easy to point to a single cause.

A new trend is emerging in literary circles—there is an increasing number of works analysing historic weather events from the contemporary socio-economic-ecological perspectives. Is this to alert the world of the mistakes we have committed or is it to reiterate that despite progress, we are still inept to prepare for such disasters?

There have indeed been some very good historical studies of climate disasters recently. It’s especially a popular genre in the US. There are fewer works of this kind on South Asia, but that may be changing.

I imagine these books were at least partly inspired by the prospect of environmental apocalypse. I’m not sure I would say that they deal with “mistakes”, as many of the things that happened, at least in the case of the Bengal cyclone, were quite deliberate. But they do show that our present lack of preparation for disasters is built into the pattern of our societies and economies—it’s not an accident.

(This interview was first published in Down To Earth's print edition dated April 1-15, 2019)