‘The Earth is revealing the carbon cycle to modern science’ 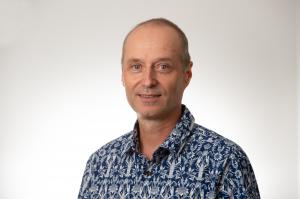 Balz S Kamber is a professor of Petrology at the School of Earth, Environmental and Biological Sciences at Queensland University of Technology in Brisbane, Australia. He applies geochemistry towards understanding the elemental cycles operating on the Earth.

He spoke to Down To Earth about the recent study of global research collaboration, Deep Carbon Observatory (DCO). The study has found that even a handful of volcanic events have caused catastrophic releases of carbon, leading to a warmer atmosphere, acidified oceans, and mass extinctions. Excerpts.

What are the key findings of your 10-year-long study related to the climatic transition of our planet?

The key finding is that the collective team of scientists has been able to put firm numbers on the size of the various Earth carbon pools (largely buried at depth) and the exchanges between them, such as the natural annual emissions of carbon, largely as carbon dioxide (CO2), from the various types of volcanoes.

Looking at the old rock record, the scientists then put this modern picture into the context of the past, with particular emphasis on times when the Earth's biota experienced great change, disruption and extinction.

How do your findings about the deep carbon cycle change the current understanding of global warming and of the remaining IPCC carbon budget to stay below the 2 degrees Celsius temperature rise?

What the improved knowledge of the deep carbon cycle emphasises is that the climate-active portion of the budget, the CO2 and methane in the atmosphere coupled to that in the ocean, has been kept in a relatively narrow and quite constant band by control mechanisms inherent to the Earth's so-called rock cycle.

These mechanisms have kept the Earth habitable for billions of years. The carbon cycle does not work in isolation, it is strongly linked to other elements that also cycle through the Earth's skin via the rock cycle. For this reason, the natural control mechanisms for atmospheric CO2 work quite slowly, compared to the rapid pace by which we are disrupting the natural balance.

You have said that for the past 100 years, human CO2 emissions have been 40 to 100 times greater than those from geologic sources such as volcanoes. How does this affect the deep carbon cycle and long-term stability of atmospheric CO2?

If, in the future, intelligent life will look back at the 20th and 21st centuries, it seems unlikely that we will have caused a pronounced and easily measurable disruption in the deep carbon reservoirs.

These two centuries will only constitute a very thin layer of sediment, which will be more easily detectable with highly-elevated metal concentrations. Our centuries will also be visible in terms of extinction of a large number of species.

Was volcanic emission the leading reason for atmospheric carbon 100 years ago? And are humans the current reason? What does this mean?

The Earth needs CO2 in its atmosphere to sustain the natural greenhouse effect that prevents us from freezing over. The Earth does not quite receive enough solar energy to stay in the habitable zone without a greenhouse.

Over billions of years, carbon from the interior of the Earth has been released into the atmosphere via prominently visible volcanoes but also from less visible emissions along the oceanic ridges where new oceanic plates are formed.

These natural emissions have not always been completely steady and constant, for example because large volcanic fields were emplaced into limestone or other carbon-bearing rocks.

However, anthropogenic combustion of fossil fuels has completely overwhelmed the natural emissions and the rate at which this extra carbon is being returned into the solid earth cannot keep pace.

What is the next step to arrest the situation?

The magnitude of the task is enormous and there is not a single golden solution to the problem. One set of solutions needs to target curbing emissions while still working towards achieving the United Nations Sustainable Development Goals.

The other set of solutions is aimed at removing carbon from the atmosphere. Multiple avenues are being discussed and researched, including direct air capture, reforestation of marginal agricultural land, increasing soil organic carbon, accelerated weathering rock rocks and industrial waste materials and many more.

Many of these suggested potential practices are new and it is very important to engage the public and local communities at the earliest stage to ensure that everyone works towards a common goal.

Any other comments that you would want to include?

It would be wrong to think that the planet is doomed and that the atmospheric crisis cannot be solved. The Earth is revealing the details of the carbon cycle to modern science and these offer new avenues for solutions.

Such possible new pathways need to be thoroughly and quickly explored with research to avoid unwanted outcomes. What is important is that we can all act as individuals, communities and as an informed society.