‘There is still time to reverse the climate crisis'

Daniel Swain, a climate scientist from the University of California, Los Angeles, talks about the new science of extreme events attribution

Shivpuri, Madhya Pradesh in central India, was flooded due to extreme precipitation August 2-3, 2021

The planet is warming as predicted and its impacts are unfolding as laid out. Climate change is real; there is no dispute over it. But can we directly attribute these rising disasters to human-induced climate change? That is the raging scientific question.

To answer this, a new stream of science — called ‘extreme events attribution’ — has emerged since the early 2000s. Basically, scientists mount forensic evaluation on a weather event to look for the fingerprints of human-induced climate change.

It is an elaborate scientific exercise that evaluates an event’s probability in the case of the world with human-emitted greenhouse gases (GHG) and in a world without these factors. With development of models, scientists can now conduct ‘fast track attribution’ of a weather event within a few months.

Daniel Swain is a climate scientist at the Institute of the Environment and Sustainability of University of California, Los Angeles (UCLA). He studies whether human-induced climate change has increased or caused severe extreme weather events.

Avantika Goswami speaks to Swain to understand the science of extreme events attribution and to know how much is the impact of humans on the increasing extreme events. Edited excerpts:

Avantika Goswami: How has the stream of attribution science evolved in recent years? 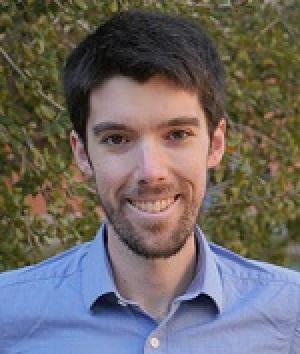 Daniel Swain: Much has changed in the climate attribution sphere in the past few years. It used to be the refrain among climate scientists and meteorologists that you cannot make a direct link between a specific extreme weather event and climate change.

At one point of time, that was an accurate statement. But it is no longer. Because there are an increasing number of types of events with which we can make a direct connection to climate change.

AG: What has helped in getting this attribution near perfect?

DS: A few things have facilitated that. We have observed more global warming in the real world. So, there is a longer-observed record of the kinds of events that are of interest; and there is more statistical evidence as the record becomes longer with every passing year.

So, we have both a longer record and a stronger signal and there is more real-world evidence around.

We may have 40 or 50 different versions of the 20th century, making the identical assumptions regarding what GHG emissions might do over that period. This has led to better sampling the natural internal variability both in the real world and in these climate model simulations.

Earlier, because natural variability is large for extreme events, the signal-noise ratio was low. The lengthening of observed period and the greater sample size from climate model large ensembles have boosted that ratio.

Now we don’t have to rely just on what we’ve seen in the real world. We can create these artificially larger sample sizes using large ensembles with many replications.

AG: What conditions are changed in these replications?

DS: You might use different models — such as the American, British or Russian models — that’s one kind of ensemble where you choose different climate models and run them over the same period using the same assumptions to see what the differences are.

But the kind of ensemble that I’m talking about is where you take exactly the same underlying model and just infinitesimally (very minutely) perturb the initial conditions, adding a couple tenths of a degree randomly in either direction at the beginning of the simulation and run it for 100-200 years. And that is enough in each of these replications to generate quite different sequences of plausible weather events in the simulated model world.

None of them necessarily correspond to the actual events we will experience in the future or past. But it gives us a wider understanding of what was possible. The point is to generate an artificially larger sample size so the signal-noise ratio can be enhanced. We’ve got better at doing this.

AG: What can you say with more certainty now that you couldn’t, say, a decade ago?

DS: As a rule of thumb, the more closely an event is related to temperature, it is more likely to be related to climate change. Thus, it is easier to investigate its link to climate changes. We see with great certainty that the frequency and intensity of extreme heat waves is increasing and decreasing for cold waves.

So, that’s a very high confidence attribution statement at this point. We don’t even need to conduct a study anymore in most parts of the world to say that climate change made this event more intense and cause more such events in future.

[According to the Clausius-Clapeyron relationship between surface temperature and water vapour, atmospheric water content increases by between 6 and 7 per cent per 1°C. Therefore, even just an increase of 1.5°C could result in ~9 per cent more water in the atmosphere, which could have a major impact on storm systems and subsequent rainfall.]

We know that the attribution of extreme precipitation events to climate change is going to be quite high in most regions. But mean precipitation is not increasing everywhere, unlike temperature where both the extremes and mean are increasing.

With tropical cyclones, it gets even more complicated where there could even be a decrease in the number but increase in intensity of those that do occur. The strongest evidence at this point is that the strongest storms are likely to have more rainfall and stronger winds and create large storm surges since we have sea level rise. The complexity of the event and the degree of separation from temperature by itself tells us how confident we are in attribution statements.

AG: Considering we are at 1.2°C of warming above the pre-industrial temperatures now, what message would climate scientists have with respect to extreme events?

DS: Global warming has so far progressed as has been predicted. This is both good and bad news. Good, because the system is behaving largely as we had expected it would. The bad news is that it has severe outcomes.

There’s a lot of anxiety right now over extreme events this summer reported well outside of what we had predicted. I’m not so convinced that’s the case. What may be happening is that a lot of folks may have underestimated the impacts of even a small amount of warming.

From a planetary science perspective, 1.2°C is a lot. We’re still well on track to double that in a relatively optimistic scenario that is around 3°C of warming. That is alarming if one looks at its impacts in terms of extreme events.

Even the wealthy societies in North America and parts of Europe are not adequately prepared for these kinds of extreme events. We are still largely in control of the climate system; it’s not careening out of control.

There’s no reason to expect that if we don’t stop emitting large amounts of GHGs into the atmosphere, things will not rapidly slow down.

But we haven’t done a good job of managing the control that we have over this complex and fast-moving system. We still can halt global warming; we know exactly what to do.

We need to not only mitigate climate change by bringing global carbon emissions to zero as fast as possible. We also need to adapt to climate change by increasing the resilience of our societies to cope with impacts like unprecedented extreme heat waves, flash floods and stronger tropical cyclones.