'Indigenous communities are key stakeholders in the climate change talks'

Ekai Nabenyo, 24, is the founder and chair of the Lorengelup Community Development Initiative, Kenya. An ethnic Turkana tribesman, he talks to Down To Earth about how climate change is affecting the life of his people and what he expects from COP21 later this month 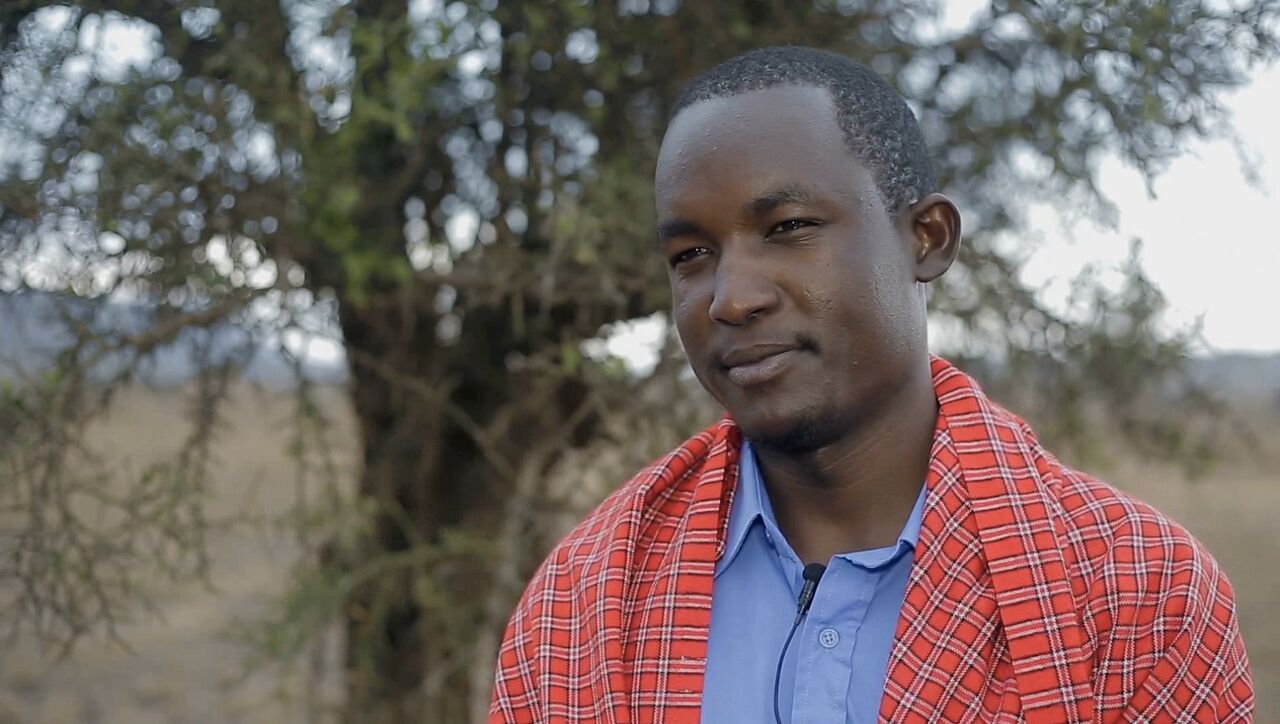 You were brought up as a traditional Turkana herdsboy. In some of your interviews, you have said that the droughts you saw in your childhood while herding cattle eventually led to your becoming an eco-warrior. Can you describe these experiences?

Being born and brought in the arid parts of northern Kenya, I experienced, first-hand, the harsh realities of climate change while herding my grandfather’s cattle and goats. Growing up, I saw green pastures and the fact that our goats were well-fed and produced a lot of milk. Droughts were very rare and I remember very well that we had enough milk to last us for different seasons and sometimes even sell some for money. Later, droughts came, sweeping away our livestock and destroying our only source of livelihood. Those droughts and rising temperatures have persisted and are getting worse today. The rains have disappeared and months that have traditionally been cool and wet, are now hot and dry and vice-versa. After joining the University of Nairobi in 2011 for my law degree, I learnt through one of my professors who taught us environmental law that there is something called climate change which contributes to the things I witnessed in my community. I began to understand what I had experienced. At the same time, oil and gas were discovered in my home county. I knew what would happen to my people and that their environment would be worse if the oil companies were not challenged to respect our environment and community land. That is how I became an eco-warrior.

Is a pastoral lifestyle a viable occupation in today's day and age?

Yes. Pastoralism is a very viable source of livelihood especially in areas like ours in Turkana, northern Kenya where the environment doesn’t support other sources of livelihood such as agriculture. As a young person who has seen the benefits that pastoralism has given to my community, despite the challenges of climate change, I can’t imagine a Turkana where there are no animals and there is no pastoralism. 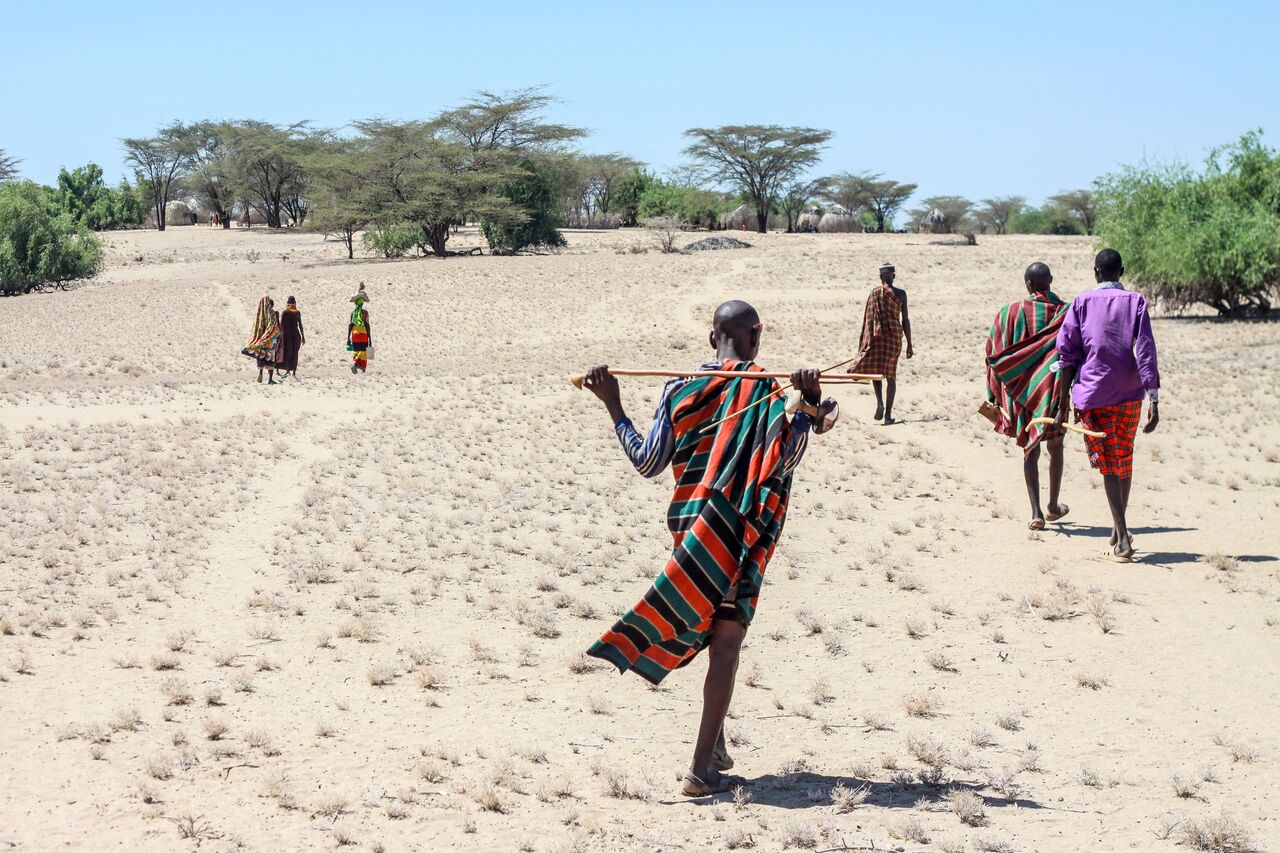 You have noted that climate change in your part of Kenya (the Turkana County) has led to inter-tribal warfare over scare resources. Can you explain in detail about this conflict?

When droughts and famines become unbearable, the Turkana people and their other pastoral neighbours, as a practice, move to places that have green pastures and water for their animals. During yesteryears when there were lots of green pastures and water for the Turkana and other communities because of frequent rains, they could even graze their livestock together without any conflict. And it should be noted that the Turkana are a community that has other pastoralists surrounding them. So, when droughts come and green pastures and water disappear, the communities compete for the few remaining ones because they need to feed their animals as well as water them. As a result, they clash and conflicts arise about which community owns which grazing areas. And in most cases, most of the green pasturelands that survive the harsh droughts are in the border areas and this has played a major role in causing conflict among our people.

Your movement against the oil industry that has come to Turkana since the discovery of petroleum has been well-documented. You yourself worked for an oil company for some time. Why did you then start opposing them?

I worked for the oil company after my high-school while waiting to go to college. A part of my duty as the company employee was to move around my community with other employees in a convoy of vehicles and clear bushes for a machine to send waves to the ground and record data to determine the availability of oil. I signed a contract with the company and even worked overtime, sometimes arriving at the base camp, where, we, the oil company staff were stationed at 11 pm local time and left for the fields to carry out the survey at 4 am the following morning. After working under such conditions, our supervisor called us to his office at the end of the month and paid us 9,000 Kenyan Shillings (1 US Dollar = 102.24 Kenyan Shillings) instead of over Kshs 70,000 that we had worked for, as salary. Interestingly, the only reason that the company gave us was that “Kshs 70,000 was too much for us.” And again, non-Turkanas were paid higher than us. This favoritism made me mobilise my colleagues and we refused to go to work the following morning. The company then went ahead to recruit new employees to replace us and it was at that moment I resigned from the company together with thirteen other colleagues. It was this treatment that was meted out to my people (including me) and the massive destruction of our environment that made me begin advocacy against the oil company’s dark operations.

Do you attribute any blame to the Kenyan government for the difficulties being faced by the Turkana due to climate change?

Yes.  The governments of the Republic of Kenya, since independence, have failed by not helping the people of Northern Kenya to adapt to the changes in the climate which has adversely affected pastoralism, their only source of livelihood. Instead of implementing projects that will help the community get enough food for themselves and for their animals, the government instead distributes corn maize and other hand-outs to our people in its programme called, "Relief Food Programme." This, to me, is not sustainable and encourages donor-dependency.

What activities does the Lorengelup Community Development Initiative pursue so as to mitigate the impact of climate change in Turkana county, one of Africa's driest, hottest and poorest regions?

We carry out tree planting in schools and in our community. We advocate against charcoal burning that has become rampant in my place as people try to get money for a living. We organise youth summits and community meetings to enlighten people about climate change and environmental conservation because we know our local community members do not understand this subject. We endeavour to localise the climate change debate so that local communities can understand that they too have a big role to play in this process. We advocate against environmental degradation and clearance of community forests by oil companies in the oil and gas exploration in Turkana. We do this through writing community protest letters and organising community protests against oil companies in order to let our voice be heard. We build schools and advocate for education so that parents can take their children to school and this helps reduce the donor-dependency syndrome that has been as a result of the droughts caused by climate change. When a kid in a family is educated and gets a job, that family becomes self-reliant in the future, and may survive the harsh famines through alternative food sources. 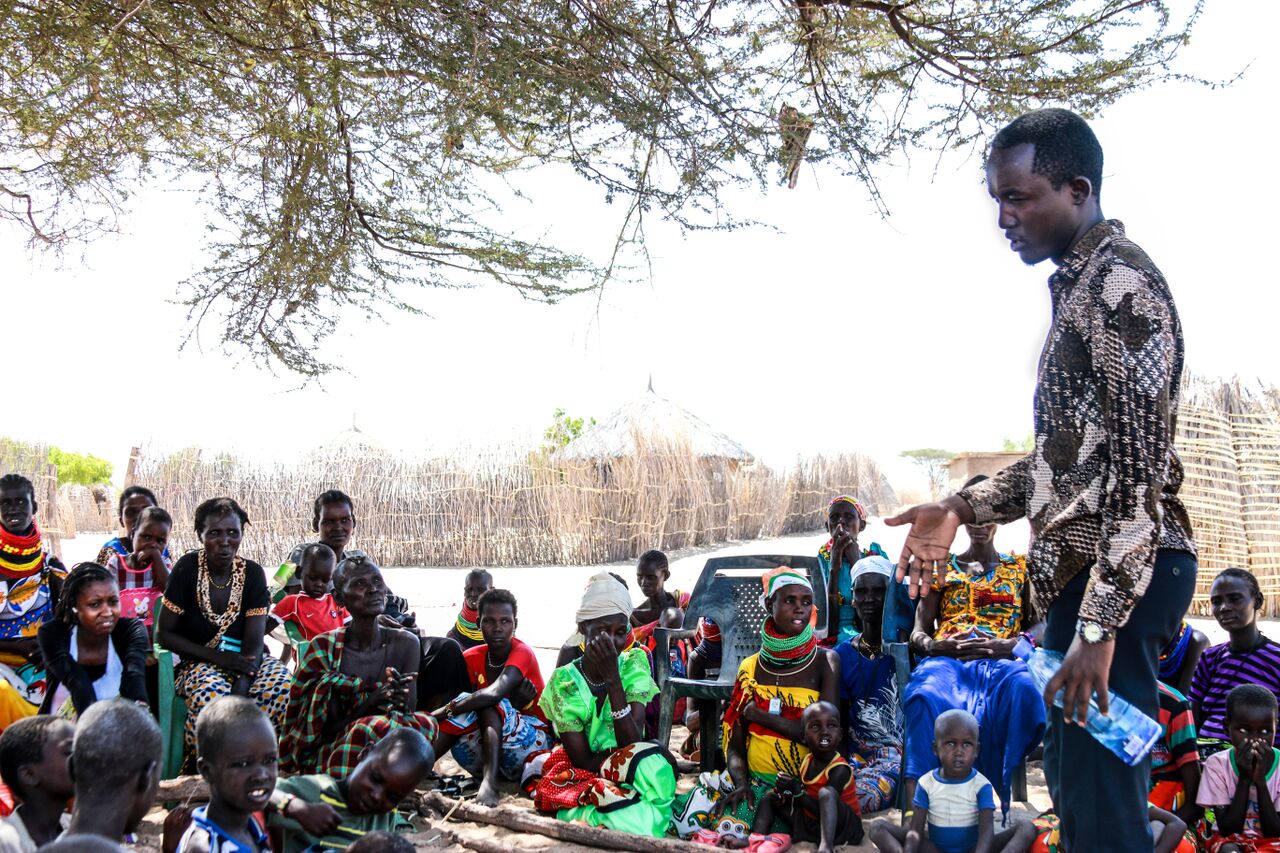 You will be participating in COP 21 in Paris instead of attending your law degree convocation at the University of Nairobi. What do indigenous, tribal communities like yours expect from the leaders who would deliberate in Paris?

Yes, I do expect the world leaders gathering in Paris to come up with a legal framework through which we can combat climate change in a more robust manner. The leaders should go beyond expressing concerns about climate change and do something about it, building from the previous tools such as United Nations Framework Convention on Climate Change (UNFCCC) and the Kyoto Protocol. The new tool should encourage "inclusivity" because as of now, local communities are fighting on their own in their small ways while the big countries are also fighting on their own. I will be taking one main message to Paris and it is that there are young people and indigenous communities in many parts of the world who are doing incredible work in combating climate change and educating their people on this critical concept. These young people and communities are key stakeholders in this process and if supported, we would be able to better fight climate change together. Right now, the feeling among local communities and activists is that the fight against climate change is a reserve of the big countries and the West generally. This notion must change and COP21 is my hope.

What activities are you planning post-COP 21?

I know the experience in Paris will open my eyes even more and help me learn from experiences of other young people whom I will meet in Paris. I intend to replicate these positive lessons and experiences at home after Cop21. I will disseminate the deliberations during Cop21 to my local community when I come back so that they too, like the rest of the world, may know what was arrived at in Paris. My group will do this through regular youth summits and community meetings in my community throughout 2016 and beyond 2016. We have planned to plant more trees, recruit more members to join our group in this advocacy and increase our areas of advocacy work to cover more people and more communities. We plan to form environmental clubs in all primary schools in my community so as to pass the message of climate change to our next generation in liaison with education stakeholders in my place. In partnership with Radio Jambo Turkana, we plan to have a Radio Programme through which “Ambassadors of Environment” come together to discuss issues of environment and climate change. And many more.