Matt McDonald, associate professor of international relations at University of Queensland, explains the position of developing nations and small island states at COP 21 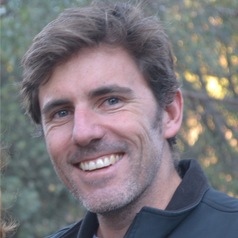 Why do you write that the North-South divide in COP negotiations may be on its last legs? And why is it a good thing?

I don’t think that this announcement necessarily has broader implications for the gap between rich and poor in international politics, but it is potentially consequential for climate negotiations. In the past, this was the key split in negotiations, and made it difficult for negotiations to get beyond broader arguments about international inequality. This is why the challenge this announcement poses to the integrity of the “South” grouping is a good thing—it prevents negotiations from simply becoming negotiations about poverty and inequality, and it also makes it harder for political leaders to claim they can’t do anything about climate change because of economic imperatives. I think that’s a good thing too. International inequality, responsibility and economic imperatives should be part of the conversations in Paris, but they shouldn’t be the only thing discussed.

Why do you see the Alliance of Small Island States' declaration asking for stronger climate action as a 'breaking of ranks' with other developing states? Have they got fewer common grounds left with developing countries?

The shift here is about what constitutes their central concerns. For other poor states, the main threat they face is economic and their central interests are around the need to ensure their populations are moving out of poverty and the state enjoys economic growth. For these vulnerable states, climate change may be the main threat they face, and they have acknowledged the need for action in response to it even in the face of economic privation. That doesn’t necessarily mean their interests will always be different, but these negotiations have potentially exposed points where these interests push in different directions.

What has changed in the North-South geopolitical divide since the 1992 Rio Summit? Do you think countries can no longer align themselves along this boundary in climate negotiations? Why?

If anything, threats to the integrity of the South as a geopolitical entity in climate negotiations reflect the success of these countries (along with others) in making the case that the cost for climate action should be borne by wealthy states—those most responsible for the problem, most able to address it and least vulnerable to it. With developments like the Green Climate Fund, along with the differentiation between wealthy and impoverished states that was embedded in the 1997 Kyoto Protocol’s position that only Annex 1 (developed states) should be compelled to commit to binding greenhouse gas emissions reduction targets, we’ve seen the codification of the position that wealthy states should bear the financial burden for climate action. If that is adequately embedded in negotiations, it allows poorer states that might otherwise be focused on the economic costs of action to advocate stronger climate action.

I think this is a reasonable position. While the emphasis should always remain on transitioning away from a fossil fuel economy throughout the world, this will take time and there are developmental imperatives in those states. Given historical responsibility and developmental imperatives, if there is any fossil fuel consumption anywhere, ethically it should be in the developing world.

Do you see the need for evolution of the CBDR principle? If yes, how should it change?

The principle of common but differentiated responsibility is, in my view, really defensible in abstract ethical terms. But of course what responsibilities actually mean in practice, and we account for different historical responsibility, vulnerability and capabilities are always going to be highly contested. It’s impossible to be prescriptive about what this means—the negotiations have precisely been about the interpretation of these ethical principles.

What is your opinion on the position of countries like India in the climate negotiations?

It’s a little early to say at this point, but certainly India is emerging as one of the key players in negotiations, and some are concerned about it potentially preventing agreement in emphasising the need for developed states to take responsibility for climate action. I think India has a point in emphasising the need for the significant increase of financial transfers from the developed to developing world and has a strong case for a short-term expansion in fossil fuel consumption in the country, given millions still don’t have access to electricity. In negotiations, India should be noting its relatively small per capita emissions in comparison to other countries in defending this position. The commitment to solar energy announced with France is promising, suggesting that the imperative of economic growth need not always trump climate action. India’s position is legitimate and understandable. Hopefully, Modi will play a constructive and important role in reminding us not to forget about developmental imperatives without preventing agreement.