‘The Indian green bond market is a driver for people’

Green bonds in India have grown from virtual non-existence in early 2015 to a US $7 billion market, with participation from public and private sector corporations alike who are opting to raise finance, especially for renewable energy projects through this mechanism. With the banking sector currently plagued with NPAs and scandals, the future role of green bonds could be even more significant. Sean Kidney, CEO of the London-based Climate Bonds Initiative, spoke to Centre for Science and Environment on his views about the Indian green bond market 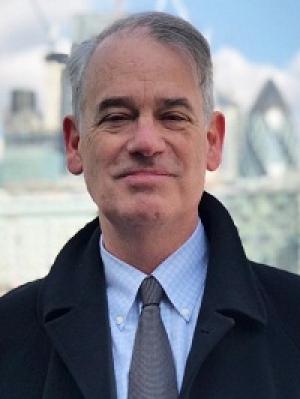 What is distinct about the Indian green bond market that sets it apart from others?

Well, it is tiny. The Reserve Bank of India (RBI) and the government have been trying to develop the green bond market for twenty years now and it has been a struggle. I guess it is because of the dominance of the state banks. It is a lot easier to get a loan from them as opposed to issuing a bond and opening yourself up to scrutiny. But that is now changing. We have the collapse of crony capitalism underway, or at least I am hoping so. The current issues arising from writing off bad loans, the NPAs, is partly the reason. We see the green bond market as a driver for a lot of people who have never issued a bond before, because they like the reputation benefits and the opportunity to market to a bunch of investors who are otherwise hard to get to get—overseas investors in particular.

There have been a lot of green bond issuances, particularly in the context of financing renewable energy in India. How does this compare globally?

SBI did recently issue a successful green bond. Is that the largest issuance this year? The market appears to have dried up a bit…

The whole Indian market has dried up, mostly because of the NPA problem which has people pre-occupied. It is also because of the interest and foreign exchange rates.

In the context of transparency, only around 50 per cent of the green bonds in India are certified. Why is that?

Most of the recent issuances have been certified. We have been successful in establishing that as a dominant idea. This is because investors like the comfort it brings, like a fair-trade label stamp on their coffee, with proper governance in terms of reporting standards. It is important to stress that the green bond label is separate from the credit risk of underlying assets. It looks at the environmental aspect but you would still have to make your own assessment of the other risks. That is part of why it has been successful—it doesn’t try to be a new credit rating factor, which is very complicated. It’s a marketing thing.

What is the profile of investors who subscribe to green bonds?

Essentially, it is a bunch of people who like the idea of investing in “green” assets. Some of these people work in pension and insurance funds. A palpable reason is that these long term investors are terrified of climate change-related liabilities of assets. Severe, catastrophic climate change is going to introduce so much volatility that, according to the Institute and Faculty of Actuaries in the UK, these funds are likely to have their portfolios decimated by 2050. It is a very complicated agenda to recalibrate and account for long-term risk. For example, they should be putting a risk premium on every coal plant loan in India because those plants are going to go bankrupt by 2025. If they don’t start examining the possibility of that, they’re going to be missing a trick.

On the positive side, you can look at the 100GW solar target in India, up from the earlier 20GW target. The ambition behind the transition has translated into action in India and if you’re not betting on that, you are missing out. I think that is the critical lesson for investors around the world. Green bonds are simply a short cut to getting into the market, allowing investors to take the time to understand it and evaluate the risks before going deeper and perhaps into equities.

So this isn’t just a market for “ethical” investors?

It isn’t about being ethical, even if it should be. No one is investing to save the planet. It is risk mitigation. We do not look beyond our noses, as a rule, and this is a component of understanding the larger picture.

What impact does the fluctuating rupee have on this market, especially for overseas investors? Is there any appetite left for rupee-denominated Masala Bonds?

We did see a lot of success with the Masala Bonds in the last two years and RBI has opened it up for more potential issuers. I’m still optimistic about it. By hedging currency risks, it allows to capitalise on the significant part of the yields, which is significant in India. Once the currency stabilises, we will find the appetite again. Investors can only handle one risk at a time. With bonds in India, they look for investment grade ratings, usually sovereign bonds such as that issued by IREDA and SBI.

Does that mean that Corporate Masala Bond issuances are unlikely at the moment?

While renewable corporations like ReNew, Greenko and Azure have had successful bond issuances in the past, I don’t see renewable companies issuing Masala bonds till the currency stabilises.

With cities taking a stand on climate change, often aiming for action that is far more ambitious than central governments, where do you stand on Municipal Bonds as a viable route for raising capital?

Seventy to 80 per cent of the investments on mitigating climate change risks are directed at cities— transport, buildings, manufacturing and productivity. It is about the resilience of cities. Mumbai is a disaster waiting to happen. We had the first cyclone in the Arabian Gulf. It is going to become like Hong Kong, facing intense cyclones and consequently huge storm surges. How does Mumbai cope with this? A large chunk of the cities everywhere now have to cope with severe climate impacts, especially in emerging markets like India. We need municipal bonds and all sorts of green bonds. India does not have a Municipal Bond market. It is one of the systemic issues that have to be tackled—the ability of cities to raise funds. This has challenges because a lot of cities don’t even keep proper accounting books. Maybe, we could have a municipal fund whose risk is underwritten by multilateral agencies which lends to cities that meet the requirements such as proper financial accounts.