45% of migrants will stay back in Uttarakhand, says CM Rawat

The deserted villages of Uttarakhand are springing back to life as migrants return to the hills after decades. Some 0.33 million workers have returned to the state after the novel coronavirus disease (COVID-19) lockdown.

The percentage of returning workers who returned from abroad was 0.29. URDMC’s two-phase survey collected data on the number of people who returned from February 1-March 1 and from April 1-June 21. It states that Pauri-Garhwal and Almora districts witnessed maximum reverse migration.

Uttarakhand is the second state after Uttar Pradesh to have witnessed large-scale and rapid migration, according to the Economic Survey 2016-17. Interestingly, 35 per cent of the migrations happened after 2000, when the state was formed, the Integrated Mountain Initiative (IMI), a Delhi-based non-profit, said in its report State of the Himalayan Farmers and Farming.

While 246 people migrated daily according to IMI, 50.16 per cent of the migrations occurred due to no jobs, 15.21 per cent due to lack of education facilities and 8.83 per cent due to absence of medical facilities, the Economic Survey 2019-20 said. Some 5.61 per cent of the farmers fled in distress as animals such as monkeys and pigs would regularly invade their farms and destroy standing crop.

The Uttarakhand government is determined not to let its people flee again, Chief Minister Trivendra Singh Rawat said in an interview with Down To Earth (DTE) correspondent Raju Sajwan. The state government has announced several schemes to retain them, but has it reached the people? Read the edited excerpts:

Raju Sajwan: Migration has long been a serious problem for the state. What have you done to ensure that those who returned, don’t go back? 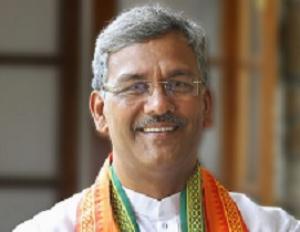 Trivendra Singh Rawat: Soon after our government was formed, we created the Rural Development and Migration Commission. Its job is to study reasons for migration, how it can be stopped and also recommend ways to generate employment.

The fact that several parts of Uttarakhand share India’s international border, makes it crucial that people live here. This is for the country’s safety, else a Kargil-like situation may emerge. This is why the migration commission has been asked to do a detailed study — not just study reasons for the migration, but also collect information on the facilities provided in villages and what more people want.

Till now, the commission has thoroughly studied five to six districts where each village has been properly examined. The Chief Minister’s Frontier Area Development Fund, that was announced recently, ensures that people living in border areas find employment in their village. Many more schemes have been announced for the migrants after the COVID-19 pandemic.

RS: How many migrants will stay back, in your view?

TSR: We conducted a sample survey which revealed that about 45 per cent people want to go to big cities again. The students who returned, will also go. About 45 per cent of the people will stay back.

RS: DTE visited some villages in Pauri and found the employment schemes had not reached people. What is the government doing about this?

TSR: We have been informed about this and have, therefore, formed a committee to review and inspect the schemes that we announced after the pandemic. Actually, these are all absolutely new schemes and the youth are unable to understand them.

Also, people are still in two minds about whether to stay back in their village or return to cities. But the government is making all possible efforts to convince them to stay and I am sure we will succeed.

RS: DTE witnessed some migrant youth doing farming with great enthusiasm, but they were not getting any government support.

TSR: The government has to first make policies before starting any work. Policies have been made and good results are already showing. At several places, youth have got together to do pisciculture. Some are rearing chicken and goats. The government is providing interest-free loan of up to Rs 3 lakh for polyhouse farming.

RS: There is a demand to link agriculture with the Mahatma Gandhi National Rural Employment Generation Act (MGNREGA). Has anything been done on this?

TSR: MGNREGA has been very effective in Uttarakhand. It does not have provision for short-term works. We have asked the Centre to include short-term works and hope it will agree.

RS: A big concern among people is that even if migrants start working in the state, it will not be of great help as residents do not have  purchasing power. What is the government doing to increase residents’ income?

TSR: Uttarakhand’s products are in great demand across the country, but the state must produce in bulk to meet the requirement. The problem is that the farming sector is not organised.

We are trying to bring farmers together through cooperatives and are funding those. As products of small farmers reach the market, the income of each family will increase, as will their purchasing power.