We have moved back to the 19th century in regard to labour laws, says labour economist KR Shyam Sundar

The novel coronavirus disease (COVID-19) pandemic has put India in the thick of a health and economic crisis. To offset the economic loss, state governments are amending labour laws through ordinances, granting exemptions from legal provisions aimed at protecting the interests of labourers in factories and industries.

KR Shyam Sundar, labour economist and professor at XLRI, Xavier School of Management, Jamshedpur, talks to Down to Earth on different aspects of suspension of key labour laws. Edited excerpts:

Kundan Pandey: Several state governments have diluted labour laws in a bid to bring the economy back on track. How do you see the role of central government in this? 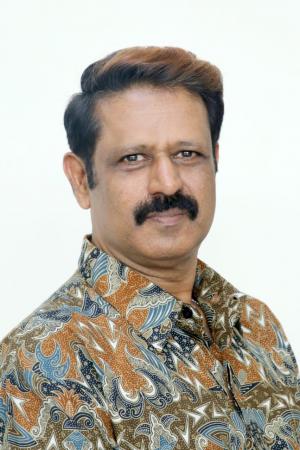 KR: The insensitivity with which political establishment and bureaucrats have handled the matter has been striking from Day One. The pandemic has wreaked havoc on our society. It could have been handled in a better way.

The government should have received its cue after migrant workers’ protest in Delhi and Surat during the first phase of lockdown. Unfortunately, no planned public policy was introduced.

Public sector employees have been forced to compulsory contribute to the PM Cares fund. Kerala had to defer six days of employee salary for three-six months. It shows how fragile the finance system is. It also shows that the federal finance system is not working.

The situation is dismal even in the organised sector. Companies are unable to pay employees' salary. What would happen to MSMEs? The labour market is suffering.

Employers lobby is strong and we cannot blame them because they would want the economy revived. But the governments failed to work as welfare states. The Supreme Court declined to intervene in the migrant labour issue, terming the central government’s efforts sufficient. So the judicial support is also missing. At the same time, the public imagination is facing a philosophical crisis. People look up to states for help. In the present situation, they don’t have any option.

I would blame the crisis on the neo-liberal character the state has acquired over the years. The welfare state has eroded. Because of this, it lost its inherent capacity of benevolence.

While I have sympathy for the industries because they are desperate for revival, I am not convinced of the same as an academic. The labour cost is between 10-15 per cent in total sales turnover in most sectors except a few labour-intensive sectors. In the garment industry, it may go up to 25-30 per cent.

It means that employers who want to resume production will face constraints such as unavailability of raw materials due to a broken supply chain. They will also face hurdles in accessing the market. Instead of working on these issues, several state governments introduced draconian measures in complete suspension of several labour laws.

KP: How are the labour laws important? How hard it has been to earn them?

KR: The movement for labour laws in India began in the 1870s; The Factories Act was enacted in 1881. Over time, working hours were reduced to 14 from 16, and then eventually to 12 per day.

Now, it is eight hours under The Factories Act, 1948. The edifice of labour rights was constructed in the country between 1940 and 1960. Now, suddenly with a stroke of an executive order, it has been destroyed.

We have moved back to the 19th century in regard to labour laws. There is no governance but a free labour market now. And the state has been a mute spectator.

The government, in a way, is telling workers that they would have to work as per the employers’ whims; that it would not interfere in any industrial dispute; that labourers cannot form trade unions or go to labour courts.

Then there are things like a new factory need not provide toilets to its employees. They need not think about better work conditions such as lighting or ventilation.

It is all being done in the name of a few foreign companies (which want to relocate from China). They are saying it will boost investment and generate employment. It is a utopian, unforgivably stupid picture that the government has painted.

I call these things a shut-shop model or mini-labour market internal emergency where all rights are frozen. It is just short of anarchy.

KP: How do you see the role of labour unions?

KR: Madhya Pradesh and Uttar Pradesh have diluted labour laws and there is news that Gujarat and Assam will follow suit. What can labour unions do in such a situation?

We are also a signatory to the Tripartite Consultation International Labour Standards Convention, 1976, which requires ratifying government to consult stakeholders — employer and workers' bodies — before taking any policy decision related to the labour market.

But the state governments did not engage with trade unions. There is hardly any effective social dialogue on the four codes that were introduced in parliament, and out of which wage codes were passed. India is violating the Tripartite Consultation Convention C144.

India ratified the C081 Labour Inspection Convention as well. The Madhya Pradesh government said there would be no routine inspection and factory owners could go with the third-party audit. Many other states have also given similar orders. It is in violation of above mention convention.

The support for trade unions are ILO conventions, whether ratified or not. The ratified ones are better. But ILO standards are being violated. Trade unions tell me that they cannot count on judiciary and I believe it is true.

There cannot be any mobilisation because of the lockdown. They are knocking on the doors of the government. Some central trade unions have written 21 letters to the prime minister, Union labour minister and the labour secretary. A similar thing must have been done at the state level also.

The state is supposed to be a neutral agency. I am not saying the state needs to do everything pro-labour, but they need to hold a dialogue at least.

Instead of making amendments to labour laws, the government should have told stakeholders to hold a social dialogue with them.

A Nobel laurate said human beings are trained to give return gifts — reciprocal benefits. So if all relevant information is provided to trade unions and they are asked to cooperate, they certainly will.

There are number of ways in which trade unions could have cooperated. We call it concession bargaining. This is the social dialogue the ILO talked about.

ILO gave its COVID-19 second monitor report that called for four pillars of action comprising fiscal stimulus, enterprise workers protection and effective social dialogue. That is not being done in India.

Trade unions are doing their best to protect the employees’ interest. But employers are inaccessible and states not very helpful.

KP: A lot is being said about inviting foreign companies and dilution of labour laws? Is there any connection between the two?

Rather, foreign investors will look at cooperative relation from the labour market side, non-reluctant trade unions but, most importantly, skilled work force.

So labour market flexibility is not on the top of their agenda. They are more interested in land acquisition, contract enforcement, availability of energy, uninterrupted power supply, logistics and connectivity to port and road and railways. These are the economic and product market factors which make more sense to them.

The kind of flexibility government is offering — thinking that if there was no labour law, foreign investment will come running — doesn’t make any economic sense. To me, this is misplaced optimism. We call this securing political legitimacy for wrong labour policy.

KP: The present crisis has highlighted the plight of migrant workers. Do you think it will bring any changes in policies or the labour market scenario?

KR: I sincerely hope that political establishments and bureaucrats work for pending occupational safety and health code. Had the government implemented four labour laws — the Minimum Wages Act, Building and Other Construction Workers Act, Inter-State Migrant Workers Act and Unorganised Social Security Act — the economy would not have been in a crisis.

The Migrant Workman Act, 1979, should be amended. The government should also implement the wage code and strengthen unorganised sector social security benefit by providing them better schemes.

Government should think of economics of universal basic income as an alternative.

India doesn’t have an unemployment insurance benefit. Had unemployment allowances been there, the economic crisis would have been easily tackled.