Pronab Sen, former chief statistician of India and current programme director of the International Growth Centre’s India Programme, speaks to Kundan Pandey about how recent government policies have crippled the income of the poor and slowed the economy 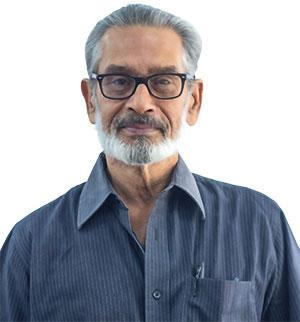 Kundan Pandey: Is there low demand in the economy?

Pronab Sen: The demand is not low. The crisis is that the demand is not growing. For a long time, people from lower income groups were earning more and moving into the higher income bracket. Their consumption was shifting along with their income growth. For the past two or two-and-a-half years, this process has stalled.

You still have the middle class and the upper-middle class families, but their numbers are not growing. The income of these families is growing but their demand has reached a saturation point as they have already acquired the major consumer goods.

Since last year, the problem has started hurting because the demand in the urban corporate sector has gone down. Rural India has also been reeling from it for a while, which has triggered widespread farmer protests.

Why has the upward income shift stalled?

It started with demonetisation (in November 2016), which badly hit the informal sectors of agriculture and small businesses. The corporate sector was not hit because it was not part of the cash economy. While, small businesses managed on informal credit, the agricultural market was cash strapped. This is the reason we saw massive drop in agricultural prices.

Agriculture, which accounts for 18 per cent of the gross domestic product, is at the centre of everything in rural India. So, all kinds of non-agricultural activities also got hit by the lower agriculture prices. This completely stopped the upward mobility of incomes.

Why has the rural income not increased in the last few years?

India’s agriculture production is growing at 3 per cent annually. It means farmers are producing more every year. Yet their income is not improving because the prices have either gone down or remained flat. When you connect this with the price increase of non-agricultural goods, it becomes clear that the real income or purchasing power of the people is actually going down. That is the problem.

How will this income paralysis of the lower class impact India’s growth?

The picture is grim. The impact of a stagnant middle and upper-middle class is that they, after a while, start buying imported goods and prefer foreign holidays. This has a downward pressure on the domestic economy, which is what we are seeing today.

Has demonetisation pushed farmers into a debt crisis?

About 40 per cent of farm investments come from the banking sector. And farmers cannot repay during times of crisis. This has been a problem in agriculture for years and we already have a system in place. During a natural calamity, loan repayment of affected farmers is automatically deferred by one year, or two cropping seasons. This provision was not implemented during demonetisation, even though it had an equally devastating impact on farm income.

As a result, a large number of farmers defaulted, making them ineligible for future bank loans. In other words, these defaulting farmers have been left in the hands of moneylenders to come out of financial distress. India has spent over 40 years to bring farmers to banks and this move has undone the effort.

Is the government’s obsession with controlling inflation adding to the problem?

Can the Centre resolve the situation?

The government’s decision to phase out cash is extremely damaging and should be reversed. It has recently taken several steps to discourage the use of cash. The first one is demonetisation. It has also made it mandatory that all cash withdrawals above Rs 50,000 are reported to the income tax authority. As a result, the tax authority is not only getting a sense of the income but also the expenditure. This scares people. The government has come out with another rule that says possession of Rs 2 lakh in cash is illegal. When you are trading in the market, you are really handling about Rs 20-30 lakh.

The latest deterrent is an additional tax on individuals whose total cash transactions in a year exceed Rs 1 crore. The problem is that the government is trying to discourage the use of cash without providing alternatives.

What can be the alternative?

The government has introduced UPI (unified payments interface) and Bhim mobile app for online payments. But the infrastructure, particularly in rural areas, simply does not exist. A poor person, who needs to buy food on a daily basis, cannot wait for stable connectivity.