The world has witnessed the collapse of crude oil prices amid an unfolding novel coronavirus disease (COVID-19) pandemic. Tim Buckley, the director of Energy Finance Studies, Australia / South Asia, Institute of Energy Economics and Financial Analysis, Sydney, spoke to Down To Earth about the situation in the energy sector, the price crash and its possible impact on India’s move towards renewable energy. Edited excerpts:

Tim Buckley: The collapsing oil price is not necessarily negative for renewables. In fact, I would not connect the two. Very little oil is used for electricity production.

Oil is mostly used for transportation and electric vehicle penetration so far has been very low. We have also noted that electric vehicle purchases are very much driven by early adopters. They do it for style. Like you buy a Tesla because it is a beautiful car for you and not to save on your oil bill. So, I think, it may impact the take-up of electric vehicles at the margins.

The bigger picture is the collapse in automobile demand in China for example, which is destroying the automotive industry. It is also slowing the take up of electric vehicles in China.

The far bigger trend is the car production and purchases in China that occurred five years ago. This is a total shift in the EV penetration industry. I don't think a short-term dip in the oil price is going to derail a multi-decade transition. 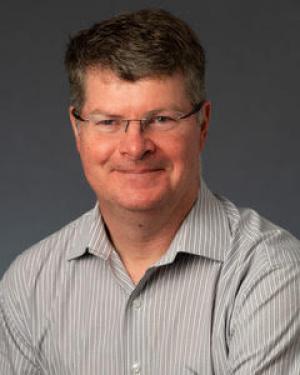 Your question is what could be the impact on shift towards renewable energy? The immediate response of the collapse in oil prices is that global interest rates have dropped dramatically.

Rather than it being about renewables or electric vehicles losing competitiveness, this is actually making the transition away from coal-fired power generation to renewables and is actually even more positive rather than actually being a hindrance.

KP: India imported a record quantity of Liquified Natural Gas (LNG) in February 2020 after China did not take it due to the COVID-19 disease outbreak. Similarly, crude oil is also getting cheaper. Can these changes shift focus from India's energy transition which has just started getting momentum?

TB: LNG prices have dropped dramatically. In Asia, they have dropped over the last five years by up to 80 per cent. So, it will definitely impact the power markets.

India has historically not been able to justify the purchase of LNG because LNG prices on a landed-delivered basis five years ago were almost double the price of domestic gas. Hence, it was uncompetitive in the domestic market and consequently, as a source of energy.

But now, prices have dropped by 50 per cent. That does materially change the economics of landed LNG in the coal fire power sector and also in the overall electricity sector.

However, it is a complex situation. If a country is to build a gas-fired power plant or an LNG import terminal, it is making a multi-decade investment decision. Are you going to tie that to a one-year drop in the LNG price? I say that because you can’t lock in the LNG price for 40 years and you would need to do that.

India already has 25 gigawatts of gas-fired power plants that were built five to 10 years ago and more than half of them have been idle for the last five years because government couldn't justify running them on expensive LNG.

Now, I would expect that those power plants will be operating because you can operate them with very low-cost purchase of LNG today. Therefore, you can get some returns on the $25 billion of investment over the last five to 10 years in gas-fired power plants that have been idled.

By doing this, you can pay some of the interest which has accumulated. It doesn’t mean you’re going to get a viable investment.

I think your observation that LNG imports have been a record high makes sense. Logically, India is a huge beneficiary of the dramatic collapse in oil prices, LNG prices and also the ongoing reduction in global coal prices.

India imports something like $250 billion a year of fossil fuels. Hence, by definition, a collapse in the oil and LNG prices is a very positive economic stimulus for India. The collapse in oil prices is a significant positive for the Indian economy.

Hence, I'm not dismissing the benefits but just saying in terms of specifics that it is not necessarily negative for renewable.

KP: In 2014, India set a target to achieve 175 GW of renewable by 2022. Can the country achieve the target before the deadline or these changes in the energy sector will further slow India’s movement towards renewable?

And now, the government's target requires India to install 20, 30 or even 40 GW a year of renewable energy. Clearly, the annualised rate of 12 GW is way below the target the country needs to achieve by 2022.

In fact, the bigger aspirational target that Prime Minister Narendra Modi has set is 450 GW by 2030. That requires 30-40 GW of capacity addition every year. There is clearly no way the current run rate is on track with the 2022 target.

But I do expect there will be a significant pickup. We have had probably 18 months of significant policy uncertainty. I think the government is increasingly coming to grips with the negatives that have emerged because of that.

KP: On what basis do you say that India is on track?

TB: The number one factor is that India's economy is expected to grow strongly over the medium term although you did see a dramatic slowdown in the December quarter of 2019.

India is going to need new investment in new energy capacity to drive the economic growth it needed. Once you accept that, the financial markets are going to say, well what is the lowest cost source of new supply?

By running the existing fleet for a high utilisation rate, the marginal cost of that equation is definitely the most favourable. Logically, there is a lot of spare capacity in the existing fleet. The cost of running that fleet is around Rs 5 a kilowatt hour (kWh).

If you are as a discom (distribution company), you can go and contract for new wind and solar which is even less than Rs 3. Then, clearly, there’s an economic imperative that says you would prefer to contract for supply or renewables at Rs 2.5 to Rs 3 per kWh, coal at four or LNG at four or five.

The economics mean that the markets and the banks are far more likely to invest in new wind and solar and that ultimately, global capital flows are very strongly directed towards renewable energy.

On the other hand, there is a flight of capital away from the coal-fired power sector. At the end of the day, there has been huge stranded asset losses across the banking sector and across the power generation sector.

I think those lessons have been learned hard. The banks in particular, and also promoters are going to be very wary about investing insignificantly in new coal capacity. On the other hand, there is a very keen interest to invest in renewable energy if the contracts are sensible and watertight and if the terms are acceptable.

I think it is unrealistic to think that the government will achieve its 175 GW of renewables by 2022. But the long-term framework is very much in place in terms of the government vision, policy, contractual profile, financial markets’ willingness and the economics as we just discussed, for renewable energy to accelerate.

I think it would be quite feasible to see India double renewable energy installs over the next couple of years and annual doubling towards 20 to 25 GW a year. And I mentioned that because a country like China was doing 70 to 80 GW a year five years ago.

China was subsidising them, whereas in India’s case, they are actually economically viable without subsidies.

It is economically necessary because we need to support economic growth. It diversifies the electricity grid and reduces energy security risks of too much reliance on imported fossil fuels.

There are all sorts of economic reasons. One, which the Indian government needs to be very aware of is that it needs investment and jobs in India now. What you can do is invest in wind and solar and that will stimulate tens of billions of dollars of investment in regional areas, creating jobs, infrastructure and positive momentum in doing so.

I think the government is cognizant of all of those drivers. I think the 450 GW target by 2030 is very aspirational. It is very sensible and still doable even as the 175 GW target is probably unlikely to be achieved on time now.