‘To promote renewable, pair it with gas or hydro’

Tamil Nadu Generation and Distribution Corporation (TANGEDCO)’s chairman, Vikram Kapur was asked to appear before the Madras High Court today to apprise the court about the status of the power sector in the state. Here are extracts from his recent interview to CSE on the direction Tamil Nadu should take on power 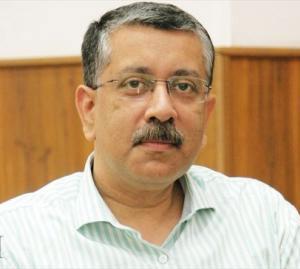 It can, if, for every MW of renewable energy, a spinning reserve or balance is allotted to the state. Currently, renewable, for instance, wind, surges on occasions and then, there is a sudden drop. There are huge deviations and maintaining grid stability becomes a challenge.

TANGEDCO is suffering losses to the tune of Rs 2,000 crores (Rs. 3/unit) due to wind banking. Wind power banking, with substantial capacity of wind, is proving to be a challenge. To improve TANGEDCO‘s financial health, policies have to be balanced. Currently, the wind sector has become a more mature industry. It is viable for investors to run it with lesser subsidies and allowances. If subsidies are required to sustain business, direct subsidisation would be a better option.

To maintain grid stability, the Centre must allot gas and hydro power stations in proportion to the variable renewable energy in the state so that we can handle such deviations. When renewables drop, the state must be in a position to increase generation through gas or hydro plant. Hybridisation can ensure a level playing field for renewables.

As of today, we have to rely on coal to meet base load demands as there is huge deviation in renewable power.

The state-run coal plants in Tamil Nadu are listed down in merit orders as the operation/energy/variable costs are higher. Is this a reflection of the inefficiency of still-running old units?

In fact, coal plants in Tamil Nadu are as efficient as those in other states. However, there are variations in merit order dispatches for plants in Tamil Nadu. It appears that Tamil Nadu’s coal plants are expensive, although this is clearly not the case. This is because the guidelines which prescribe how to arrive at variable cost are different. The TNERC’s guidelines on computing variable costs are different from those of the Central Electricity Regulatory Commission’s. Coal handling charges, especially where it should be included—whether in fixed costs or in variable costs of the power station—makes  most of the difference. But overall, costs are similar.

Do coal plants in Tamil Nadu follow revised emission norms? What are the plans to ensure implementation?

Based on reports from our monitoring system to monitor continuous emissions, we are complying with the revised emission norms notified by the government. Still, we have involved a third-party, MECON, to understand if further investments are needed to improve the system.We are expecting their reports soon. Based on the reports, if needed, we will plan further investments.

What are TANGEDCO’s future commitments?

We are committed to ensuring 24X7 quality power supply to all customers. In the past, Tamil Nadu has faced huge power cuts. But now, now the situation has improved. There are hardly any power cuts. We will work to protect customer interests.