‘Indigenous people have been effective stewards of biodiversity globally’

Down To Earth speaks to University of Connecticut professor Prakash Kashwan about his book, Democracy in the Woods 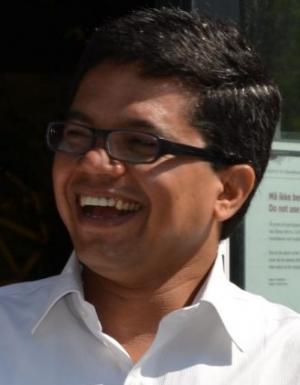 Prakash Kashwan is an associate professor in the Political Science department at the University of Connecticut, United States. His research, scholarship, and teaching focuses on climate justice, global climate governance, international and environmental policy and politics, and political economy of development. He speaks to Ishan Kukreti on his work, Democracy in the Woods: Environmental Conservation and Social Justice in India, Tanzania, and Mexico. Excerpts:

How did the idea of Democracy in the Woods take shape? Why compare three countries that are so different from one another?

This book has its roots in my doctoral research that analysed the Forest Rights Act (FRA); specifically, the policy debates and implementation challenges about the relationship between community forest rights and household land rights. This was an extremely exciting project that allowed me to bring together disparate theories.

However, in developing the dissertation into a book in the year 2012, I wanted to focus on bigger questions of how the international and national political economy processes and structures shape the relationship between environmental conservation and social justice.

The questions of forestland contestations are highly salient in India, Tanzania, and Mexico, though each of them differ significantly in the large political economic factors that shape the political and policy processes that are central to the book’s argument.

Could you summarise the book’s main argument for our readers?

Through a systematic comparative analysis, Democracy in the Woods shows that political and policy processes in these three countries more or less inclusive, because of the following factors:

My analysis of the Mexican case and the specific instances of success in India, specifically in the first decade of the twenty-first century, show that the radical potential of socially just environmental conservation efforts takes root in the interstices of mass politics and formal institutional politics.

An important goal of the book is to bridge the longstanding chasm between policy scholars who think of policymaking as a techno-managerial process and several types of ‘critical scholarships’, which emphasise the social and cultural aspects of nature-society interface.

While recognising that each of those aspects matters, Democracy in the Woods develops a framework to investigate the ways in which political and policy processes determine whether and how myriad contestations over the environment and social justice are framed, translated into specific policy proposals in the legislature, and implemented with varying degrees of sabotage and success.

In this book, you have talked about different colonial experiences shaping the forest policies of nations differently. Why do you think these countries continue to harbour more or less the same colonial policies and attitudes even after independence?

In a small way, this book seeks to challenge the over-generalisation of the argument about colonial hangover. Chapter 2 in the book engages carefully with the colonial history in each of these countries and maps out the differences in the long-term effects on them.

Coming back to India’s case, the fact that our forest policy remains colonial is not because of some unavoidable path dependence, but because it serves the interests of our heavily bloated forest bureaucracy and the advocates of exclusionary conservation, who benefit from the status quo.

You also talk about Mexico’s community forest regime, and how it is more equitable than the other case studies in your book. Could you elaborate on how it is different — in essence and practice — from India’s under FRA?

There are two big differences. The first one is related to the autonomy of forest management powers that are vested in the hands of community groups. While this is a complex topic, it manifests in the allocation of timber rights — In Mexico, community forestry is synonymous with timber rights, while in India, even forest rights activists do not talk of timber rights.

While the Mexican community forestry programme has its own challenges, the debates and discussions there are at a very different level altogether. The second difference, which I believe I am the first one to bring up in a comparative context, is the ‘territorial authority’ that undergirds the differences in the power and authority that forestry agencies enjoy.

In India, and large parts of Asia and Africa, forestry agencies enjoy territorial authority, that is, they “own” the lands designated as state forestlands. On the other hand, because of the differences of colonial history and land redistributions following the peasant revolution of the first decade of the twentieth century in Mexico, local communities enjoy legal ownership of nearly 70 per cent of Mexico’s forestland.

The territorial authority that forest departments (FDs) enjoy in India create perverse incentives for the ministry and the FDs to invest their energies in maintaining their control of forestland, which is not same as promoting forest and biodiversity conservation.

We can talk more about this in the context of ongoing policy processes. But these are the factors that one doesn’t think about unless one looks across international borders and across different world regions that operate under an entirely different framework of resource relations.

With FRA, India too has tried to move towards a community-owned forest management regime. How do you assess India’s performance?

The FRA is a great step forward, but we need to do a lot more to address the larger question of the territorial authority of the forest departments. The FDs have sabotaged the FRA implementation, and this applies not just to the question of household land rights but also collective forest rights, with the exception of notable successes in parts of Maharashtra.

Second, the FDs have completely undermined the application of the FRA provision of Critical Wildlife Habitats (CWHs). CWHs offer a valuable framework for making use of the science of conservation, without giving up on the procedural rights that the FRA grants to forest-dependent groups.

Washington DC-based Rights and Resources Initiative has done a wonderful job of collating dozens of studies that show that indigenous people and other forest-dependent groups have been effective stewards of forests and biodiversity in hundreds of sites throughout the world.

Other than the Mexican case I studied, Nepal has a very successful community forestry program, in which communities enjoy timber rights. That has aided, not adversely affected, forest conservation in Nepal.

How do the ongoing discussions about forest-based climate mitigation interventions shape national policies. Do you believe they have affected India’s forest policies?

That is a good question — Democracy in the Woods shows that the same set of international policies, such as forest-based climate mitigation programmes or REDD+, produce very different effects in these three countries.

First, the policymaking process has been very different — the Indian policy process related to REDD+, and I would argue, climate policy more generally, has been least participatory and least transparent, where the ministry has not seriously engaged with credible and internationally reputed think tanks, such as Centre for Science and Environment and Centre for Policy Research.

Mexico’s REDD+ discussion has been relatively more transparent and it has been carried out within the purview of country’s national climate law. In the book, I cite concrete examples of how Mexico’s indigenous and peasant federations were able to influence the REDD+ policy, which offers a formal recognition of the carbon rights of the indigenous and forest-dependent people.

Some would characterise this as a reflection of a greater ‘neoliberalisation’ of policy process in Mexico, which I wouldn’t dispute. However, it is important to recognise that not recognising the community’s rights to benefit from the efforts they put into forest and landscape conservation leaves the policy space to the agencies and officials with those perverse incentives to centralise control and use forestlands for fast-growing tree crops.

On the contrary, India’s Union Ministry of Environment and Forests, and the FDs, have developed plans and projects to exploit the opportunities offered by international carbon forestry to wrest control of areas that were traditionally under shifting cultivation, but are now under more or less fully sedentarised agriculture.

The recent efforts to dispossess nearly 10 million adivasis and other forest-dependent people of their land rights is certainly motivated by the FD’s interest in reinforcing its territorial control of the land formally designated as state forestland.

But, my hope is that these plans will be defeated. We are seeing the emergence of a robust transnational movement that connects community movements to global policy debates. Democracy in the Woods, metaphorically speaking, has a fighting chance.