Even as Jair Bolsonaro of Brazil recently proclaimed in the United Nations General Assembly that the Amazon belongs to his country, Down To Earth speaks to Deborah Lawrence, a professor of environmental sciences at the University of Virginia, the United States. She says that the loss of forest cover in the Amazon could trigger changes in rainfall and temperature around the globe. Excerpts.

Before these fires, how bad was the degradation of the Amazon? And after these fires, is the damage to it irreversible or is there still some hope for its rejuvenation?

People have long been clearing rainforest in the Amazon to create cattle ranches and soybean farms. But the number of individual fires is almost double what it was last year, up significantly after a decade of low forest loss.

Clearing and burning a rainforest takes a lot of work, and people are doing it for a reason: To change the forest into agricultural land. This is a permanent change, absent major efforts to restore the forest. If we were to leave the land alone, it could come back — the rainforest is resilient in that sense. But once humans go into a place, we never leave the land alone. 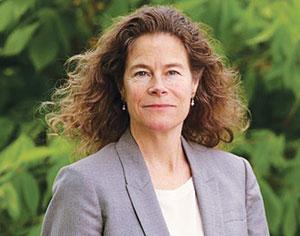 What is the role played by government policy in generating these fires?

We have to ask, why the sudden increase? Since Jair Bolsonaro became president of Brazil on January 1 this year, he has removed real and perceived barriers to deforestation, failing to enforce many of the existing laws on forest clearing.

The real threat is if one year of massive forest loss like this one becomes 10 or 20 years. Brazilian scientist Carlos Nobre estimates that the Amazon could reach a tipping point if approximately 25 per cent of the forest were lost.

Deforestation could trigger changes in regional rainfall and temperature patterns, increasing tree mortality and enhancing the risk of catastrophic fires. Ultimately the forest would be replaced by shrubbier, sparser vegetation.

In one of your interviews, you say that the Amazon can be managed ironically by managing agricultural lands. Please explain.

This means increasing efficiencies, improving practices such that existing agricultural land produces more cattle, more soy. Cattle production in the Amazon is very land-intensive—few cows on many, many hectares. With better management, they could raise more cattle per hectare and deforest fewer hectares.

What role do indigenous communities play in conserving the Amazon?

Some indigenous communities have direct control over their lands, and their livelihoods at present are such that they rely on an intact forest to support their well-being—they fish, they hunt, they gather foods and medicines from the forest.

When indigenous communities are given full control over the forest, as in indigenous reserves, deforestation rates tend to be lower than in adjacent state-managed forest reserves.

How will the burning of the Amazon impact the Americas?

The immediate impact of the burning will be on humans as well as the plants and animals of the rainforest. Fires create terrible pollution, with effects on human health across the region.

They disrupt transportation networks and can slow the movement of goods. Fire also forces pollinators and seed dispersers to flee — this affects both natural ecosystems and food crops.

Rare plants that live in the crevices of bark or the branches of trees, or even in the shade of the forest canopy cannot flee; there may be local extinctions. More broadly, though, beyond one season of burning, deforestation has impacts beyond the local flora and fauna, and beyond the cities and towns nearby.

In contrast, having a vast area of forest nearby cools the forest. Trees move large quantities of water from the soil, through the plants and out through the leaves into the atmosphere, in a process called evapotranspiration.

Water goes from liquid to vapour, and that process cools the atmosphere above the forest, and nearby. Also, through this process, forests recycle water into the atmosphere, so that agricultural areas downwind of large tracts of continuous forest get more rainfall than areas downwind of deforested patches. Deforestation in the Amazon is likely to affect agriculture elsewhere in the Americas.

Why the world should be concerned with what is happening in the Amazon? What is at stake?

With high levels of evapotranspiration, forests are like a giant air conditioner. You could also think of them as the sweat glands of the planet—wicking water away from the earth surface and cooling it off.

That process also creates patterns of air flow in the atmosphere, air flow that the carries water, energy and particles that result in weather near and far. Air currents connect the Amazon to the rest of the globe.

What happens in the Amazon propagates around the world, and if the loss of forest is great enough, it could trigger changes in rainfall and temperature around the globe.

Continued deforestation could also affect the integrity of the Amazon itself, with repercussions for the global climate system. Carlos Nobre says that if we lose 25 per cent of the Amazon, it could result in changes to local climate that would cause a shift from rainforest to shrubbier, mores savannah-like vegetation.

That would mean the loss of one of the most diverse forests on the planet. In addition, massive amounts of carbon would be lost to the atmosphere as trees succumb to drought stress and fire — all the CO2 stored over centuries or millenia would go up in smoke.

The Amazon is not the only critical forest on the planet. Research shows that losing major areas of rainforest in the Congo or Indonesia could also result in disruptions to the global climate system — not just by adding CO2 to the atmosphere, but by changing the patterns of rainfall. We need to keep our forests intact to protect people nearby and far, far away.