‘The IFA amendment is a zero draft; all stakeholders will be involved later’

Director General of Forests, Siddhanta Das tells DTE that the proposed amendment in the Indian Forest Act is a mostly techno-legal exercise and has a long way to go before it is finalised 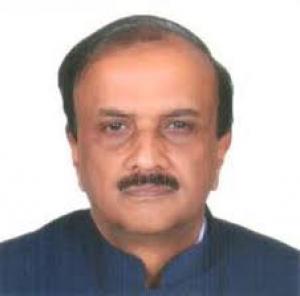 The proposed amendment to the Indian Forest Act, 1927, has generated a lot of heat among forest activists with allegations of it being draconian and give more powers to the forest authorities while at the same time increasing the chances of injustice being done to forest dwellers. Down To Earth spoke to Director General of Forests, Ministry of Environment, Forest and Climate Change, Siddhanta Das about his opinion on contentious provisions of the act. Excerpts:

Q: Why was the Indian Forest Act (IFA) amended?

The IFA goes back to 1927. Post-Independence, most states created their own forest acts. But the IFA has not been amended. A legislation has to change with time, so a committee was constituted, under the Additional Director General (Wildlife), which studied legislations in various states as well as developments in the forestry sector and suggested certain changes.

This was a very techno-legal exercise. It was also a zero draft and we had not yet discussed it with stakeholders. Now, we have given this zero draft to the states and they shall give their comments. Then, we’ll have another round of discussions after which, we’ll put it in the public domain. Only then will it go on to become an amendment. By then, a lot of things will change. Moreover, a lot of things in the amendment are already present in a number of state legislations.

Q: The committee had no representation from tribal organisations or even the Ministry of Tribal Affairs, despite them being stakeholders. Why?

That is because the draft is a completely techno-legal document. It has been a mostly desktop exercise, and that is why, they are not involved at this stage. They will be involved later, after the states have given their feedback and we are ready with a document.

Q: The information about the amendment was not given to the Parliamentary Standing Committee on Environment, Forest and Science. Why?

That was because the IFA is not applicable in 14 states. Our main area of forest is in central India, and they all have their own acts.

Q: This is the first time a comprehensive amendment has been made to the IFA in independent India. Do you think you have been able to decolonialise the act?

During the British Raj, the objective of forestry was to provide timber. For that, forests were categorised and rights regulated. This continued post-independence because forests remained a source of revenue besides forest land being diverted for agricultural use in the first two Five Year Plans. The concept of conservation came with the Wild Life Protection Act, 1972, and the Forest Conservation Act, 1980. Around this time, the realisation that forests aren’t inexhaustible also dawned upon people and social forestry as well as joint forest management were started. At the turn of the century, the concept of carbon sequestration came. Now, our major forest produce is not timber; rather, it is soil moisture, carbon sequestration and livelihood.

Q: Land is a state subject, but the amendment gives the Centre the power to declare an area as ‘forest’. Why?

The land is a state subject, but the Centre can give advice. That is how a federal structure of governance works. Moreover, today, with the concept of Compensatory Afforestation Fund in place, land is needed for afforestation. Hence, to make things easy and to implement the law seamlessly, this provision was brought in.

Q: With the introduction of the Forest Rights Act (FRA), 2006, what relevance do village forests and Joint Forest Management Committees (JFMC) have?

Our draft talks about village forests and JFMCs over and above the titles given as Community Forest Rights (CFR) under FRA. We are not scrapping CFR. We are creating a situation where there are a variety of bodies like CFR and JFMCs. The village forests will be used, as is the case in the IFA, 1927, even by those who are not members of Schedule Tribes or are not traditional forest dwellers living on revenue land. Plus, we have made provisions for sharing the revenue with the communities.

Q: But JFMCs’ functioning, especially the revenue sharing in the past has only been promises and no action. Why would a village, which can get management and conservation rights under CFR, opt for shared management under JFMCs?

To say that people only want CFR and not JFMC is not right. In fact, what no one talks about is the internal strife between these various groups. For instance, in Odisha, there was a fight between the JFMC and CFR groups in which people died. If such is the state of affairs, how can we give priority to one over the other?

Q: The draft has provisions for taxation on minor forest produce (MFP). This is in violation of FRA, 2006.

This act will only apply to the states which do not have their own act. But, let us suppose the residual states decide to do something. Like Odisha has declared 68 types of forest produce to be completely free of any regime. Something like this can also be done here, if a state wants; like Manipur wants to free trade for a certain MFP. They can do that.

Q: Odisha doesn’t allow free trade in kendu, the most important MFP. Also, why not make this provision in the central legislation so that the states don’t have to make another rule?

Every state has different regulations. So while Odisha has decided to free the trade of 68 MFPs, but not kendu. Similarly, somebody would say that we want to do this, but not that. The states will decide this. We can’t dictate to them. Our indulgence should not hurt the state. They are also an elected government.  As far as Odisha goes, in 2016, some areas decided to sell kendu on their own and they could not.

Q: You are saying that livelihood is important. If that is the case, shouldn’t a central legislation encourage de-regulating trade in MFP rather than impose taxes?

We are a federal system of government. The states have a say. The land belongs to the state government. The Centre should only give the guideline and the broad perspective and only for states which have don’t have their own act.

Q: What was the reason to give powers like arrest without warrant and use arms to forest officials?

Many of these provisions are already present in either the IFA or the states’ legislations. You can’t arrest a person and then wait for the warrant. Our act makes sure that nothing happens to a person unless proven guilty; some preventive provisions have been made. If you look at a case involving ordinary theft, the provisions are stricter. We have not done that. What we are trying to do is provide some protection to forest officials since the area they patrol (Central India) is a remote one. And like I said, this is a zero draft. If there are proposals, these provisions can be taken out.

Q: And immunity from trial?

Today, you have immunity everywhere. The army has immunity and so also the police. Forest officials work in more dangerous areas like the Red Sanders zone. There are no ordinary civilians there; only the forester and smugglers. Today, a forest officer is liable to be tried and arrested like any other person; so, inside the forest, it is man-to-man. Hence, the probability of allegations being levelled against a forest officer there is more because his job is to protect the forest. Thus, if he can be arrested at every drop of the hat, how will he discharge duty? That is why we are giving this impunity, but only to the extent that if a prima facie case is not there, then he cannot be arrested.

Q: There are provisions which say that a person who has been given rights, has to help the forest department in conservation and fire management efforts, failing which their rights can be taken away. Isn’t this similar to the forced labour that the British used to subject people to?

How that is forced labour? People are given some rights and they come with some duties. People always forget about that. Tell me, if a fire has broken out in a forest, if the locals don’t help curtail it, then ultimately the fire will impact them. This is a clear case of rights and duties.