'Indian elections will always be unpredictable'

For 25 years, economist Ruchir Sharma has travelled the length and breadth of India analysing voting paterns, sociological landscapes and nuances of elections. In his new book, Democracy on the Road, He has chronicled his experiences. He spoke to Down To Earth on the 2019 General Elections 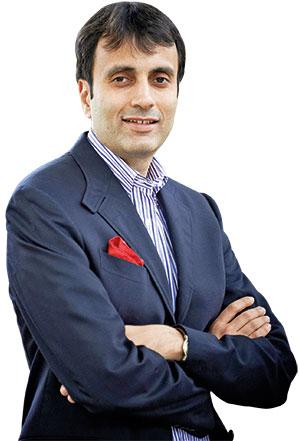 For the first time, the first generation of the 21st Century India will be voting, which is a landmark. What are your observations on the resultant change in voting patterns?

I think getting the caste and community equation right is still the starting point for winning elections in India. Over time it has become a necessary but not a sufficient condition for winning elections because every party is playing the same game in terms of looking at caste equations. So each party needs to offer something more for there to be a differentiating factor—be it family ties of candidates, welfare promises, development, money or a clean image.

The way voting patterns change over time is with urbanisation. In urban areas voters pay relatively less attention to the caste and community background. But as the pace of urbanisation in India is slow, so is the change in voting patterns.

Your first excursion, the 1996 General Elections, took place at a time when there was a deep agrarian crisis. So is there a similar crisis today. Do rural voters give their verdict on distress that involves their livelihoods? Or is caste still the deciding factor.

As I said, caste and community are an important starting point. After that other factors come into play and, yes, rural distress matters because voters in general are often distressed no matter which government is in power.

One of the main themes in my book is the “broken state”, which refers to the fact that the state in India just isn’t able to deliver on the promises that politicians make. They keep launching one scheme after another but the state just doesn’t have the capacity to deliver them effectively. As a result, voters keep facing some distressed situation.

In this election, women are being talked about as the most influential voting block. In the first General Elections, most women opted out from registering because they didn’t want to name themselves or take their husbands’ name to register. From then to now, have you seen a great leap forward for women?

Yes, we have seen more women present at every stage of the election process, from the rallies to the polling booths. This is indeed one of the biggest changes we have witnessed on the campaign trail. They are much more open now in telling us how they will vote and also how they will no longer just defer to the dominant male’s decision in the household regarding their vote.

You say caste identity is the key to win elections. So has religious identity become weaker in voting decisions?

I had said “caste and community”, and by community I meant religion. So religion very much matters but what we can say is that there is a limit to the idea of Hindutva in India because of the strong caste equations. As we see in states such as Uttar Pradesh, if there is perceived upper caste domination then the backward castes can go in a different way rather than rally under the same religious banner. So both religion and nationalism in India are constrained by the incredible diversity of the country where caste and sub-national identities are often more powerful than religious identities.

You write that there are only 700 District Magistrates for the entire country—one each for 4 million people. As an economist, how do you think governance systems can be transformed—political, administrative and judicial?

Beyond the mind-bending logistics that the Indian state has to deal with, it also suffers from a unique combination of dense regulation and thin staffing. Frustrated citizens go to the bureaucracy for help. Often they can’t even find a staffer to talk to, and if they do reach one they are greeted with a thick haze of indifference and regulatory mumbo jumbo—particularly if they lack the connections or money to command attention. So voters take their pleas for everything—permits for gas cylinder connections, broken water pipes—to their local legislator, who is obliged to listen to constituents, but has to try to coax action out of the same broken state.

Many politicians give up, and soon after getting elected, avoid their home district and frustrated constituents entirely. Over the years one of the most common complaints I have heard from voters is that their Lok Sabha representative has not been seen since election day. But the governing class does not want reform. The state machine allows them to appeal to voters by launching one welfare scheme after another, and to most politicians reform implies loss of control.

You write Narendra Modi’s chances of winning have shifted from near certainty to 50:50. Has your perception changed after you wrote this?

I am waiting to hit the road in early May for our 28th election trip to update the odds! When I had first stated a year ago that Modi’s chances of winning had shifted to 50:50 from being nearly certain, it sounded heretical. It then became conventional wisdom following the setbacks the Bharatiya Janata Party (BJP) suffered in the state elections in December, 2018.

Thereafter, with the rise in tensions between India and Pakistan the odds seemed to shift back in favour of Modi and BJP. The momentum keeps ebbing and flowing.

I think being on the road talking to voters increases the chances of knowing something more, but Indian elections will always be unpredictable and best understood after the results come in!

(This interview was first published in Down To Earth's print edition dated May 1-15, 2019)