‘Citizens must not just blame the government but criticise it’ 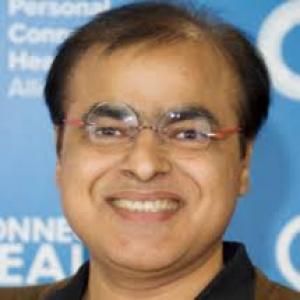 Rajendra Pratap Gupta, a public policy expert, who has held several positions in the central government, has published his second book titled ‘Your Vote is Not Enough’. His first book, ‘Health Care Reforms in India: Making up for the Lost Decades’ was on health reforms. The second book charts out strategies for citizens to engage with the government for ensuring better governance. The book also deals with ways for more job creation and an annual GDP growth of 12 per cent. Excerpts from an interview.

Is Your vote is not enough!  just another motivational book or a serious call to citizens to get involved in the governance process?

This book has a clear message for every citizen of conscience. We need to be constantly engaged with the government. Our work starts much before we vote and continues much later after we have voted.

You are saying that taking part in voting once in five years is not enough. Citizens need to go beyond. Are you too ambitious? In a country where half of the population struggles to meet their basic requirements, you are asking them to question a mighty government?

I, as a common man, have taken up various issues from time to time. This book dwells in detail about the right strategy to take on the mighty system and effectuate changes for the betterment of our society and lives.

The manifesto of the political parties is a guide to government. What role can citizens play after the manifesto is out?

In my view, commitments promised in the election manifesto should be sacrosanct, and voters do have a right to follow up and seek answers from the government.

Citizens must write to the people who are responsible.  Also, if the economic scenario and national priorities change after the elections, people have a right to send details with facts and data and ask the government to address the issue in light of the new developments.

Media plays a big role in shaping public opinion. When most of the media is busy with issues of nationalism ignoring many real issues like unemployment and inequality, how do you expect citizens behave rationally?

Governments must not take voters for granted, and voters must live up to a level of awakening so that governments cannot take them for granted. I tried to do it in my own small way through this book, where I quoted all the data and connected all the relevant dots and made a case of how we can transform the economy and address the issue of job creation.

You have introduced a new concept called, ‘cost of job creation’. Please explain it.

I spoke with business owners and analysed the data on the cost of job creation in India. I think it is clear that the Indian government will have to invest between Rs 3 - 3.6 lakh crore every year to create jobs and boost the economy.

Also, one more fact came to light, that the bigger the enterprise, the higher the cost of job creation. So, we have to invest more in micro, small and medium enterprises (MSME) to address the perennial issue of job creation. Else, saving jobs will be tougher, leave alone job creation.

You say agriculture will continue to be a major employer for rural areas. But it is a failed sector given the rate of farm suicides.

Agriculture has not failed. We have failed agriculture.  Agriculture, rural development and the economy are intertwined. If agriculture slows down, our economy will slow down.

You say, personality development for the youth should be promoted as the major service sector activity. It seems to be an interesting area of intervention. How shall the country be benefitted from it?

We have educated youth who don’t get jobs. We have an education system that is bookish and about rote learning. Mannerism and personality development are not taught.

When youth are equipped with soft skills along with appropriate training, we will address the issue of competence. Without which, merely having a degree will not help. So, I believe, personality development will play a major role in changing the issue of job security over time and is a big business opportunity.

You want to promote the ancient concept of ‘Food as Medicine’. Then the Pizza Huts and KFCs will have to shut shop! Will the young masses listen to you?

Evidence, incentives and enforcement hold the key. We need to first understand the calorific intake in our current lifestyles, show people the evidence and impact of an unhealthy lifestyle, and then, coach people about healthier options.

Also, food products that fall beyond the threshold of calorific intake should be marked with a ‘black dot’. Those that are healthy, must get incentives like lower premiums, higher increments and higher retirement age.

Similarly, we need to disincentivise people whose Body Mass Index is above 23. This needs a comprehensive approach. Else, the nation will lose heavily in the next three decades. Currently, the average age is touching 29 years and it is the right time for planning a behavioural change programme aimed at preventive health.

Regarding your proposition on ‘Moving towards a distributive growth model’, let’s be honest in analysing its feasibility. At least the current greed-based consumerist model growth is not distributive. It is rather exclusive in its character. Inequality is on the rise and cost of living is skyrocketing.

That’s true. But with the current pace, we are headed for a civil war in the next two decades. We cannot have a few large firms grossing 78 per cent of the profits in the country.

We need to learn from Germany, where 99 per cent of the businesses are small and medium enterprises (SMEs). SMEs distribute wealth creation and large-scale manufacturing consolidate business and profits. The choice is ours and the time is now.

And finally you suggest reforming the bureaucracy. How can we do it?

The process of lateral entry has already started. But we need to go beyond what we are doing. Secretary level appointments will also have to be sectoral experts. We need to gradually do away with tenured jobs and make them performance-based contracts. Revolving door policy (between industry, armed forces, academia and government) will be important to make this happen.

What are your three key expectations from the second term of Prime Minister Narendra Modi?

a. 3-3.60 lakh crore budget stimulus for economic growth for the next 3-5 years

b. Governance reform (judiciary and bureaucracy)