‘Europe has double standards when it comes to the Roma’

For centuries, the Roma (colloquially known as ‘Gypsies’) have been discriminated against in Europe, to which they migrated to from the Indian Subcontinent. The slaughter of Roma reached its zenith during World War 2 when the Nazis killed 3.5 million people of the community. Discrimination still exists in the modern European Union. Bajram Haliti is the Secretary General of the World Roma Organization. He was in India recently and spoke to Rajat Ghai on the issues of discrimination, displacement and integration in post-Cold War Europe. Excerpts… 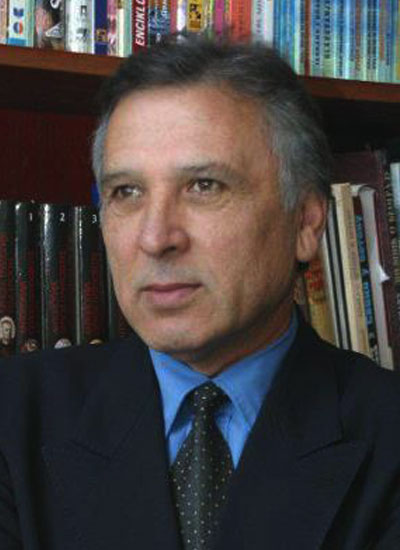 Was the formation of the European Union (EU) and later the Eurozone a blessing or a curse for the Roma?

It is definitely a curse. In February, 1995, 22 member states of the Council of Europe signed the Framework Convention for the Protection of National Minorities. The Roma people were not included in this convention. The convention does not have any mechanisms and instruments for the protection of the Roma. That is why, it is a curse.

What is the constitutional status of the Roma in the EU currently?

I did a thesis on this topic. The Roma people in Europe and worldwide have an undefined status. As a minority, they are not able to fulfill their national, cultural and collective rights. They do not have the rights to have their own institutions, use their language in institutional systems, be represented politically in local and state parliaments. That is why I appealed in my thesis for the Framework Convention to be modified. Because only national minorities are guaranteed rights in the Treaty of Lisbon (2007).

What is the current situation regarding the freedom of movement of the Roma in the EU?

Actually, it is a question of racism and I will give you an example. The Roma of Bulgaria and Romania are citizens of the entire Schengen area. But when they travel, they are deported.

How did Balkan conflicts in the 1990s like the Bosnian War and later, the war in Kosovo affect the Roma in a post-Cold War Europe?

In the period after Yugoslavia fell apart, 300,000 people from Bosnia and Herzegovina and Kosovo fled from the terrors of war. Before the war in Kosovo, there were 200,000 Roma. A 100,000 of them left their homes. They fled in fear that they and their family members would be slaughtered. They looked for a new location to live in the countries of Western Europe.

But Europe has double standards. Overnight, the Kosovar Albanians (Kosovo is home to ethnic Albanians, Serbs, Roma and other ethnic groups) were granted asylum status. But for the Roma, authorities said that migration is in their blood and culture, which is not true, because they were also fleeing from war. Once, as Secretary General of the World Roma Organization (WRO), I was holding a presentation on asylum seekers in Belgium. At that time, the president of the Belgian department of foreigners had said that the Roma who were asking for asylum must go back to their home countries. I said that in that case, Belgium would be violating the Geneva Convention as a member state. All this happened because while the Kosovar Albanians had a mother country to support their cause, we did not. It is only now that we are asking India to become our mother country.

There are constant threats to the idea of Europe every now and then, with member countries threatening to walk out. Is it, in turn, a threat to the Roma?

Let us suppose that Europe falls apart till 2025. It won’t affect the Roma at all since they are not and integrated factor in Europe.

What are the challenges to the Roma arising out of the migration of Syrian and Iraqi refugees into Europe?

It is definitely a factor that makes it more difficult for the Roma people. This is because Syrians and Iraqis have a mother country behind them. We don’t. I think like the Germans have accepted Syrians, it should also take in us. They have a moral obligation to do so since the Nazis killed 3.5 million Roma in World War 2.

It is a radical thought, but have you ever contemplated a separate state for the Roma in Europe on the lines of Israel in the Middle East?

No, not at all. The whole world is ours. We are cosmopolitan. We are not interested in a nation. We are interested in human rights. And we want that our mother country India stands behind us and protects us everywhere.

Where do you see the Roma people 15-20 years from now?

I see that India and the Roma will get closer in a cultural and any other sense.