CSR in India: 'Long-term vision is a must'

Dinesh Agarwal, ex-GM & CSR head, NTPC was drafting member of Ministry of Corporate Affairs' national guidelines on responsible business conduct. He speaks to Down To Earth on improvements that can be brought about 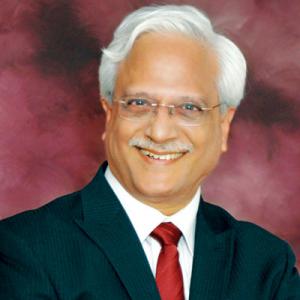 What are the biggest achievements and challenges of CSR?

The biggest achievement is that Corporate Social Responsibility (CSR) has created a level playing field among companies. The provisions of the Companies Act, 2013, has ensured that CSR activities involve the board of the company. This guarantees that even the senior-most company official has a clear understanding on CSR. The biggest challenge is that CSR is not fully integrated into the corporate philosophy yet. It is still seen as additional activities that focus on expenditure and not on the projects undertaken.

Why has CSR expenditure been more on human development and social welfare schemes?

There are many companies that want quick mileage from CSR projects. This is possible by focusing on human development and social welfare. The companies also use these CSR investments to buy peace from project-affected people. The idea of CSR is that companies should have a clear reason for undertaking a particular project, based on their core competencies, but that is rarely done.

There should be long-term vision on CSR projects based on principles such as sustainable development. But companies don’t have it. And, as long as they don’t have a vision, they will continue to have ad-hoc approach towards CSR.

Government reports have found that geographical distribution of CSR spending is skewed and places like aspirational districts are left behind.

The real question is what does the government think CSR is, and what do corporates understand it as. The responsibility of CSR project is towards the stakeholders, those who live near the area of operations of companies.

However, if an aspirational district is near the area of operation of a company, then it can be incorporated in CSR activities using a long-term plan for the district.

Most companies have undertaken CSR projects, but some lack scalability or the ability to replicate. This points to the fact that companies are committed towards CSR.

I would blame the government for this. It never asks companies about their long-term visions. All companies have their corporate vision for at least five to 10 years. But when it comes to CSR there is no such vision. And the government does not demand it. The government has kept parameters such as scalability and the ability to replicate a CSR project in considering a company’s project for the CSR award. However, there is no award for projects that have actually been scaled up or replicated. With this approach, there is a big gap between the cup and the lip.

This can be due to several reasons. The most probable one is that CSR expenditure is stipulated at 2 per cent of a company’s net profit, but firms are not making profits nowadays. It is also possible that firms did not find good CSR project to invest in.