Throwback at the time of COVID-19: ‘1897 plague caused distancing but there was a socially cohesive mass’

Kancha Ilaiah Shepherd is a political theorist. But his memoir From a Shepherd Boy to an Intellectual brought out another aspect of him: A keen chronicler of events that shaped our existence. The COVID-19 pandemic was a trigger for Down To Earth to dig into his world of social and environmental memories. 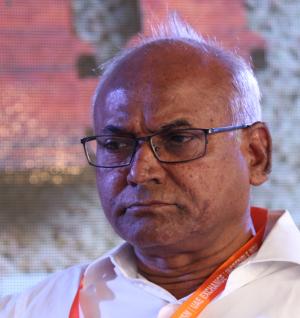 Kancha Ilaiah Shepherd's family escaped the plague pandemic of 1897 and scripted a new life. As a child he inherited all the stories of his family’s and the society’s experiences with the pandemic. We see a resemblance in the present pandemic’s impacts on us — thousands of people migrating out from economic hubs in desperation.

Like the present crisis, social distancing was prevalent then as well to fight transmission. But how an already socially marginalised community adopted this method is a story Ilaiah Shepherd shares in this interview. Edited excerpts:

Kundan Pande: You grew up, rather lived, with stories about the memories of the 1897 plague pandemic. Currently you are under lockdown for the COVID-19 pandemic. As a narrator of social changes, how do you see the two?

Kancha Ilaiah Shepherd: 1897 was a pandemic of plague, which can spread through air and water. The current one is transmitted via droplets or through direct connect with a person with symptoms. But both have the same origin: China.

In 1897, we were under colonial rule and there were princely states. Under them, there was no healthcare system at all. Under colonial control, some health protection was available. My family (in current Telangana) was under the Nizam rule.

The plague came from Mumbai and Kolkata ports and gripped the whole country. But as there was much less human-to-human contact and habitations were spread out, it took long to spread.

The current pandemic literally came riding airplanes. It came straight into the bodies of the highly mobile rich. This is the major difference between the two pandemics.

KP: Does a pandemic have a class bias?

KIS: In any pandemic, the poor suffer more because of low immunity levels and other reasons. In 1897, undivided India (including what is now Pakistan and Bangladesh) had a population of 180-200 million. The pandemic killed 10 million — mostly the poor and those living in urban slums.

If COVID-19 transmits to the masses, the biggest problem will occur in India, Indonesia, South Africa, Bangladesh, Pakistan and other such countries.

KP: You say this based on your family’s 1897 experience. Will you elaborate?

KIS: In 1897, my grandparents lived in Warangal town and were shepherds.  Plague hit the areas worst where poor people like my grandparents stayed. There was scarcity of food as well. Shepherds, cattle herders, the fishing community, Dalits dependent on cattle economy and forest-dwelling families fled.

My grandfather died of plague. My grandmother Kancha Lingamma, her elder sister (Alli Earamma, whose husband also died) and the herds of sheep ran deep into the forest that could offer green pastures and water resources.

They settled down around huge tank-belt or stream belt. My maternal grandparents also joined them.

There was disease-distancing by migration but they was a socially cohesive mass, helping each other.

KP: How did the new survival strategy evolve?

KIS: People ate their own sheep and goat; and drank milk. They stayed together and formed community associations. Gradually this gave birth to a new cluster of hamlets.

Women would stay along with the children and immobile cattle under trees. They would do some cooking or collect forest food / fruits and also take care of children.

Men used to go into forest for grazing cattle.

Fishers supplied their stock to others in return of milk and meat. Slowly, the migrant communities started cultivating the abundant land available irrespective of their staple livelihood activities. This is how they finally got access to food grains and pulses.

By my generation (born in 1952), the shepherd community had already settled in small villages. I was born in a hamlet — Papaiahpet — set up by the family and friends of my grandmother.

It was a very long and virulent plague. Data shows it affected 70 per cent people; 14 per cent became very sick and 6 per cent died of it.

What saved my family and others who escaped from their original places of residence was their meat and milk protein. Dalits and tribal survived mainly on beef and forest food. There was no vegetable economy at that time.

KP: How did the medical system, however insignificant, respond?

KIS: There was no medical system. In the western zone, after (then) Bombay was severely impacted and the plague spread to Pune, Yashwant Rao — the adopted son of Mahatma Phule and his wife Savitribai Phule — started the first clinic in Pune to treat affected people.

Brahmins in those days didn’t prefer to be doctors as it involved touching people of all castes. The British official order was that a doctor should serve everybody.

Tragically, Savitribai Phule and Yashwant Rao died from plague in 1897. He is the first known doctor who served and died in 1897 from plague.

The British brought in the Epidemic Disease Act, 1897 to segregate people to curtail disease transmission. The Act, still in existence and being used now to bring in social distance and quarantine people, helped them distribute grain. Collectors were given additional powers. They also deployed medical teams.

Pre-British India didn’t have a structured medical system to treat plague. The poor were never given access to the traditional medical treatments like the Patanjali system, Ayurvedic system or homeopathy.

For these communities, there were local practices like plant liquid medicines. Take the example small-pox. My brother and I contracted small-pox. There was no vaccine at that time. What saved us were neem leaves and turmeric. We would sleep on a bed of neem leaves and in a coat of turmeric on the whole body for 15-20 days.

So, thanks to colonialism for de-castesising medicines. It is very important.

My Left-Liberal friends including economists and medical experts abuse colonialism so much. But only they said don’t practice caste untouchability in medicine.