'Ebola is the result of environmental degradation'

Peter Hotez is the co-founder of the Global Network for Neglected Tropical Diseases that provides access to essential medicines for millions of people worldwide. He tells Down To Earth what prompted the rare Ebola disease to spread in epidemic proportion and how to contain such diseases in future. Edited excerpts 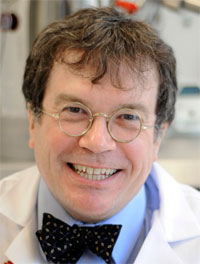 Some say deforestation and mining are triggering deadly outbreaks of diseases like Ebola. What is your opinion?
Deforestation and increasing contact between humans and the jungle environment have been responsible for the emergence of several diseases in the past. Leishmaniasis, a protozoan infection common across South America and the US, is one such example. The PLoS Neglected Tropical Diseases says that the current Ebola strain has been transmitted from fruit bats to humans. This is another evidence that deforestation is responsible for deadly outbreaks of diseases.

To what extent are the inadequate health infrastructure and funding responsible for the spread of such diseases?
Post-conflict Guinea, Liberia and Sierra Leone are battling with the worst epidemic of Ebola because they have a severely depleted healthcare system.

A strengthened healthcare system would have limited the spread of the disease by isolating contacts and through providing adequate protective gear for doctors and nurses treating Ebola-infected patients. Unfortunately, it is difficult to ensure such practices in the affected areas.

What is the best way to tackle diseases like this?
Raising awareness about the health impact of environmental degradation, including deforestation, has an important role to play in keeping these diseases at bay. Strengthening the healthcare systems of affected countries is a long-term endeavour. This will require international support.

What are the chances of Ebola spreading to other parts of the world, especially India?
The chances are not very high as the virus is not that easily transmissible and does not enter through the respiratory route. It transmits through direct contact of bodily fluids. Besides, healthcare infrastructure in most urban India is superior to that in West Africa. But one must remember that India has a significant percentage of impoverished population who suffer from neglected tropical diseases like intestinal worm and elephantiasis. More people die in India daily from malaria, diarrhoea or respiratory disease than all of the people who have died in the present Ebola epidemic.