‘It’s absurd to blame litchi for AES, malnourishment the real cause’

Arun Shah, a Muzaffarpur-based paediatrician who has researched on the syndrome, says the fruit is only a triggering factor for malnourished children

Litchi is being most commonly blamed for the Acute Encephalitis Syndrome (AES) outbreak in Bihar. The mystery fever has already killed more than 100 children in Muzaffarpur district, renowned for its litchi crop. However, experts say it is grossly wrong to blame this fruit

Down To Earth spoke to Arun Shah, a Muzaffarpur-based paediatrician, who has been following AES for more than 20 years, and an executive member of the Indian Academy of Pediatrics. 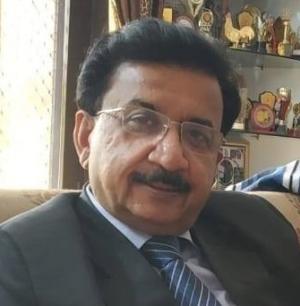 Q. Litchi has been blamed a lot for AES. As somebody who has been instrumental in the 2016 research conducted by Jacob John, a well-known Vellore-based paediatrician and epidemiologist, into the disease, what would you say?

It is totally absurd that the ministers and the bureaucracy are blaming litchi. John’s paper has been grossly misinterpreted. Its main finding was that this fruit contains a toxin called methylenecyclopropylglycine (MCPG). But the authors never blamed litchi for AES. The causal factor is malnutrition and not litchi.

The luscious fruit is only a triggering factor for malnourished children as the toxin MCPG can lead to hypoglycaemia (fall in sugar levels). So, if a healthy child eats litchi, s/he will not suffer from AES. The governments, both central and state, must accept that malnutrition is the cause. They should not try to run away from their responsibility to deal with malnutrition by putting the onus on poor litchi farmers.

Q. How does malnutrition cause hypoglycaemia?

Malnourished children have depleted glycogen store in the liver. So if there is no glycogen reserve, the glycogen breaks into glucose. When the shortage further increases, even fats start burning. This process produces by products like ketones and amino acids which are neurotoxic. So, if a child sleeps without food, this whole physiological process gets completed by wee hours of the day and then the kid gets fever with convulsions and at times s/he loses consciousness.

Q. How does MCPG interplays with malnourishment, which is not just a May-July problem and is there round the year?

When malnourished kids are exposed to toxins like MCPG present in litchi, which is grown in these months, the chemical triggers hypoglycaemia. It’s so much that sugar levels fall up to 30 milligrams per deciliter and sometimes even nil. This leads to complications. The fact that only malnourished children are at risk is also proven by the reasoning that all the vulnerable children belong to the poorest of poor class. No child eating litchi, who belongs to a well-to-do family and gets adequate food, suffers from AES.

Yes, it did. We tried to look into two other causes — pesticides and virus spread through bats. We ruled out pesticides because the classical symptoms of complications occurring due to pesticide consumption are very different from AES. As far as any virus was concerned, Pune’s National Institute of Virology and other researches confirmed that there was no viral infection.

On the other hand, the Institute of Toxicology in Lucknow confirmed the presence of MCPG in unripe and semi-ripe litchi. But I repeat, litchi per se is not the causal factor. It is merely triggering one.

Q. Even if litchi is a triggering factor, what about districts like Patna, Sitamarhi, Gaya, Siwan, Bhagalpur and Gorakhpur where litchi is not grown at a similar scale, but which are affected by AES?

AES is not a disease, it is a syndrome under the umbrella of which comes not only hypoglycaemia, but things like Japanese Encephalitis, Herpes meningitis, Race syndrome, cerebral malaria, scrub typhus, etc. All of them are grouped under AES as they have a classical triad of sudden onset of fever, convulsions and loss of consciousness. They may be cases of all of these and that’s why they are neither reported in huge numbers, nor are they fatal.

However, every AES case is not acute hypoglycaemia, which is causing deaths in Muzaffarpur. The cases in Gorakhpur are again not of hypoglycaemia.

Q. Why is AES caused due to hypoglycaemia so fatal?

Most of these deaths are preventable. Within four hours of onset of symptoms like convulsions, high fever if a child is administered dextrose (glucose), s/he can be saved. Only glucose administration is required. However, most of the patients come from far off villages where the peripheral medical facilities, much against the government’s claims, don’t even have facilities to administer it intravenously.

They take a lot of time to arrange for conveyance and so the golden time is lost. Only last week, we saved a child whose glucose level was nil when he was brought to us.

Q. Some doctors and bureaucrats in Bihar’s health department say heat and humidity is also causing AES. What do you have to say about that?

Q. Is the Bihar government too confused regarding AES? In first few days they were in denial mode with principal secretary of health department saying the deaths were happening due to hypoglycaemia and not AES

This was simply a case of hiding facts behind a medical jargon. Of course, it was hypoglycaemia, but the symptoms were classically that of AES. Either the bureaucracy was ill-advised or it was not putting correct facts forward. This is a mockery of medical science.

Q. Is it true that AES not only causes deaths but also has other neurological implications?

Yes, it can cause mental retardation, epilepsy, quadriplegia and many other such complications. The children who recover or partially recover are not able to sit or stand. Sadly, the government has been least bothered about it.

Q. Why is the number of AES cases unusually high this year?

Awareness that children should not be allowed to sleep without food can help reduce the number of cases massively. However, the government has also accepted that awareness level was low this year.