Death is inevitable. Yet people have throughout history challenged this reality by living to extraordinary ages. Researchers from the University of Washington, United States, have studied mortality patterns of such people from 13 countries.

In a paper published in Demographic Research, they predict the current record for oldest reported age at death, 122 years and 164 days, is likely to be broken this century. Lead author Michael Pearce spoke to Down To Earth about the limits of extreme longevity. Edited excerpts:

Dakshiani Palicha: How did you conclude that the record for oldest reported age at death may be broken? 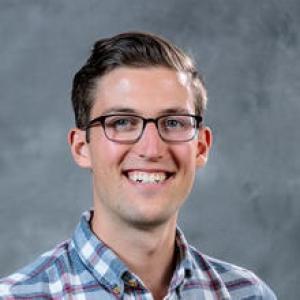 Michael Pearce: We took data of people who have lived to be over 110 years old, whom we call supercentenarians and tried to model their mortality patterns to see how long someone might practically live, in this century.

Our methodology was based on two components: Understanding mortality patterns of supercentenarians to estimate their mortality rate for every year and predicting just how many people might reach 110 during this century.

DP: Your study confirms an existing theory that says chances of dying levels out after 110...

MP: The evidence suggests people who have reached 110 are in some way extraordinary, either because of a healthy environment or excellent genetics. They have survived ageing, conflicts, disease or other things that might lead to a loss of life.

And once you reach this age, there is no influence of gender, region or lifestyle on your mortality rates. However, these things certainly impact the ability of people to reach that age.

We do see more women reach 110 than men. If I were to guess, I would say a woman is far more likely to break the record of maximum human lifespan.

DP: How do elements like COVID-19 and climate change influence changes in lifespan?
MP: There is a strong statistical evidence that the novel coronavirus disease (COVID-19) pandemic and climate change will impact the life expectancy of individuals.

But if a number of individuals are able to escape those impacts by perhaps just living in locations that are less prone to climate change or by controlling their exposure to toxins or pollutants, they might still be able to break these records of maximum human lifespan.