Jaideep Malhotra, president of the Indian Society for Assisted Reproduction (ISAR) and director of Rainbow IVF, talks to Down To Earth about the trend of old couples going for childbirth

Recently, two women in their 70s have become mothers using in-vitro fertilization (IVF), sparking off a debate over whether medical advances are being misused.

Seventy-four-year-old Erramatti Mangayamma from Guntur, Andhra Pradesh, became an internet sensation when she gave birth to twins using IVF in September. A month later, 75-year-old Prabha Devi delivered a premature baby girl. The baby had to be delivered after just six-and-a-half months of pregnancy because Devi was physically weak and had just one lung.

Jaideep Malhotra, president of the Indian Society for Assisted Reproduction and director of Rainbow IVF, spoke about why the trend of old-age pregnancies should be discouraged. Edited excerpts.

IVF has picked up in the country in a big way. What are its current challenges and achievements?

Yes, IVF in our country has picked up in a big way. Yet, we are far away from our goals.

While 15 per cent of our population is sub-fertile, only about five per cent are able to get treatment. Our biggest challenge is in ensuring IVF clinics follow uniform evidence-based management, without which quacks will continue to operate in the country.

For this, we need standardised training protocols, and effective laws and guidelines that spell out the legal and ethical framework for clinics. The government should use Ayushman Bharat to register clinics, donors and maintain surrogate registries and infertility treatment. 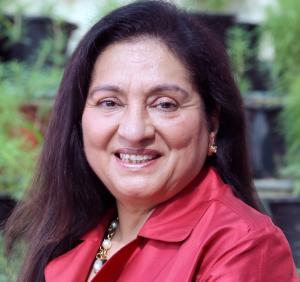 Our biggest achievement is that infertility treatment in India is affordable, compared to the western world. Still, it remains out of reach for many, largely due to low literacy and inadequate healthcare providers and tertiary care.

The other problem is that insurance and funding are not available for infertility treatment.

There have been two instances recently where women in their 70s have successfully given birth through IVF. Is this a growing trend?

Life expectancy is on the rise, though awareness of infertility treatment is still lacking. As a result, infertile couples go to any extent to erase the social stigma and achieve a pregnancy, without understanding the immediate and long-term repercussions of such desires.

I think the media, due to lack of regulations and unrealistic advertisements, adds fuel to the fire and contributes majorly to such trends.

Is it safe to use IVF to conceive in old age?

Definitely not. There is a lot of evidence that proves pregnancy at old age, IVF or natural, is highly risky.

The incidence of maternal and neonatal mortality is higher in older couples as compared to younger couples. They also have lower chances of pregnancy, higher abortion rates, and high risk of contracting medical disorders like diabetes and hypertension.

Even the baby is at risk of congenital abnormalities. On top of it, the child is likely to lose the parent early, and old couples find it challenging to cope with the demands of a child. This leads to a lot of social problems.

Are there any guidelines by ISAR pertaining to assisting old couples to conceive?

Till recently, we were following the guidelines of the Indian Council of Medical Research (ICMR), but this year we, along with other sister organisations, have started working on a document for members, embryologists and patients.

The document would be released by early next year. We have also recently rolled out documentaries to educate patients about IVF.

ICMR has recently issued a notice to the Andhra Pradesh doctor who carried out IVF in a 74-year-old woman. Has your organisation taken any action against the erring doctor?

ISAR has condemned the procedure and the doctor has resigned from the association. Such incidents can be checked only if the ICMR actively streamlines IVF services or lays trust in organisations that are self-regulating their members.