All you need to know about Zika and how it spreads

Nitesh Pandey, a researcher in Evolutionary Medicine with Indian Astrobiology Research Foundation, talks about Zika and how the mobility of humans makes it so challenging to contain

Why does Zika spread so rapidly?

In my recent paper submitted to the Indian Journal of Public Health, I have answered this question. As per the core idea of my research paper, it is the mild nature of Zika that makes it spread so fast. Aedes aegypti mosquito spreads Zika, which is a vector with restricted movement. Any disease that is spread by Aedes aegypti cannot thrive without the movement of infected but mobile humans. It is the movement of humans that ensures that constantly new Aedes aegypti mosquitoes are infected so that the disease transmission chain continues. Out of all the major viruses spread by Aedes aegypti, it is Zika that has the least negative effect on the mobility of humans. The disease is mild in the majority of the individuals and therefore, infected humans move freely to infect mosquitoes from different households of different areas.

Unlike Zika, Chikungunya causes severe joint pain and fever in the majority of cases and therefore, does not spread as rapidly as Zika.

Does you model provide any suggestions about where the disease would spread next?

As emphasised in my research paper, the movement of asymptomatic humans or the ones with mild symptoms play a very strong role in the transmission of Zika. The disease would, therefore, move with the movement of these infected individuals. A regular visit of humans infected with Zika to a new city might lead to infection of many new Aedes aegypti mosquitoes. This would help in the sustenance of the transmission chain and may lead to a new outbreak. The next most probable city to get Zika outside Gujarat and Rajasthan is Mumbai. A very large number of residents from Gujarat and Rajasthan visit Mumbai regularly for business purposes. The Marwadi community in Rajasthan and Gujarat is very likely to visit Mumbai during the Diwali vacations. Given the abundance of mosquitoes and an expected visit of a large number of people from Zika infected region, it is very likely that Mumbai may have a Zika outbreak soon.

Marwadis consitute a sizeable community in Gujarat. A lot of them would visit Zika infected regions like Jaipur. The massive movement of people during the coming Diwali vacation is expected to accelerate the current Zika epidemic in India.

What can be done to control the spread of the virus?

I believe the most important thing that we need to do is to wake up. With the current attitude of the state and the Central government it would be difficult to control a rapidly spreading disease like Zika. In the case of Zika, we must never forget that by the time we know about the outbreak the disease has already spread to a large extent. I believe we will need strong coordination of the state and the Central government to control this epidemic. The neighbouring states must not wait for the first positive Zika case but rather immediately start the surveillance to confirm and later control the disease. The following actions should be taken simultaneously to control a disease like Zika

You say that the vector should be controlled. However, this is difficult and people have struggled to do so for decades now. How do you suggest that vector control should be done?

The problem is the infrastructure of our cities and not the mosquitoes. Vector control is, therefore, a temporary solution. What we should try to achieve are cities that are no more the breeding grounds for Aedesaegypti. However, when it comes to vector control I would recommend the destruction of "Hotspots" as our top priority.  Aedes aegypti hotspots are the places where Aedes aegypti is able to bite people coming from different localities. For example, patients of different areas of the city often visit a clinic of a famous doctor. Adult Aedes aegypti mosquitoes at such clinics would feed on these people that belong to different locations. Individuals who get infected at such clinics would go back and infect the mosquitoes of their own home. These newly infected mosquitoes would infect the members of this home to support the transmission cycle. This could lead to the rapid spread of the disease in the city or state. 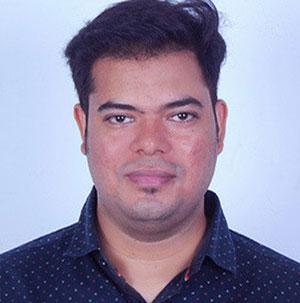 You suggest that the mobility of people should be controlled. How can this be done especially if they are asymptomatic?

I understand that controlling the mobility of a large number of asymptomatic individuals on a city level is a tough task. What we could rather do is to control the mobility of the individuals of the homes that were recently visited by Zika positive individuals. This would help us to break the transmission chain and control the disease at the earliest. It is therefore very important for the governments to carry out a massive surveillance to find the Zika positive cases so that mobility restriction measures could be applied to the relevant demography and not to everyone in the city.

As a country, we also have a poor reporting system. Whenever there is an outbreak like Zika every possible case of fever across the country should be taken seriously. The patient should be immediately tested for Zika so that we get the idea about the outbreak as early as possible.

How are you working with the government on this?

IARF is working with the local government administration and the Marwadi community of Surat as per the guidelines issued by National Centre for Disease Control, Government of India in the context of Zika Virus Diseases exposure.

Therefore, letters and messages are being issued to the Marwadi community of Surat to alert them to the risk to their families and to the city, thereby supplementing the efforts of local government.

(Nitesh Pandey is mainly interested in the understanding of infectious diseases from an evolutionary perspective. Nitesh is the first ever researcher who has connected vector ecology, transmission dynamics and evolution of virulence among the vector-borne diseases.)