Coronavirus: 'Difficult to talk of trajectory but should die down by May'

Down To Earth interviewed Eric Feigl-Ding, epidemiologist with Harvard Chan School of Public Health, on the ongoing coronavirus outbreak 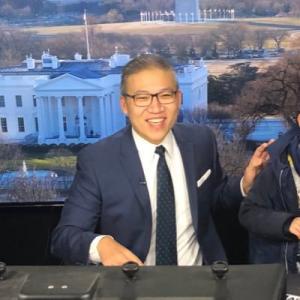 The number of people infected by the novel coronavirus (2019-CoV) reached 31,485 globally. The deaths too crossed the 600-mark. The total number of casualties as on February 7, 2020 were 638. Everyday, nearly 3,000 cases were getting added. Has the deadly virus peaked yet, or is more to come? Down To Earth interviewed Eric Feigl-Ding, epidemiologist with Harvard Chan School of Public Health to know what lies in store. Edited excerpts:

Banjot Kaur: Quite a few reports suggest a cover-up by China of the novel Coronavirus outbreak in early December. Do you believe in them?

Eric Fiegl-Ding: I do not want to go into the politics of cover-up but I do believe China did delay a little in ramping up public health facilities in the initial days due to which crucial time was missed. More significantly, even now there is a lot of under-diagnosis because labs there have reached a saturation point; they face a shortage. So, the actual number of cases can be much higher.

BK: So did you believe the Imperial College of London when it said there were 44,000 cases in Wuhan or when Hong Kong University’s Gabriel Leung talked about 75,000 cases?

EF: It is true that number of cases is high. You may still not be counting milder cases. There are reports that patients are being turned away in Wuhan. Everyone agrees that the difference could be of eight times, at least at the epicentre.

But I can’t give the final word — whether it is 8X, or more — because there is lack of data from China. Even the quality of data to reach a conclusion of X times is not that good.

BK: Despite the opposition by World Health Organization (WHO), many countries have imposed full or partial bans. Some have even cancelled visas. Who is right — WHO or these countries? Would you call it a knee-jerk reaction?

EF: It is tricky to say. No doubt the transmission rate is high. But before imposing bans, whichever countries did so, they were keeping people coming from China under quarantine for 14 days; it is considered the incubation period. This was good enough and pragmatic.

One has to understand whether travel bans, if at all to be implemented, were required only for Wuhan or for entire China. The countries should be rational. Also they must periodically review the bans.

BK: The WHO decided to explicitly say that the current outbreak is not a pandemic. Your thoughts.

EF: It is true that more than 25 countries now have confirmed cases, but there are not more than 150 such cases outside mainland China; and only two deaths.

So, if you consider strictly the present scenario, I am not much sure if a pandemic could be declared.

BK: What about human-to-human transmission in five countries other than China?

EF: They are restricted within close family in the odd cases. At the moment, there are no local epidemics.

BK: How comparable is the current outbreak with SARS, which was also due to coronavirus?

EF: The R0 number (the number of persons one infected patient can pass on the virus to) of SARS varied from 2-2.5, at some places even 4. That of this outbreak is nearly 2.6. But what is important is SARS took three months to reach a number of close to 8,000. In the current case, in a little over a month we are close to a tally of 25,000. This exponential growth should worry us while we still do not know the exact reasons if it.

In the case of SARS, there were hardly any asymptomatic cases. But in the current outbreak, there are many. They may go unreported, later leading to infections.

BK: What about the mortality rate?

BK: Have the number of cases peaked? What can you say about the possible trajectory?

EF: It is very difficult to talk about a possible trajectory; but one thing can be said: That the peak is yet to come. It is expected in mid-February; by the end of February, the rate may slow down.

Viruses do not usually like summers. So, difficult to say, but by April / May the coronavirus should, considering past experiences with virus, start dying down.