Down To Earth speaks to Mohinder Singh, professor and director of the National Institute of Panjab Studies and Bhai Vir Singh Sahitya Sadan,New Delhi, about epidemics and public health in Sikh history

While the novel coronavirus disease (COVID-19) pandemic continues to run riot in India and across the world, it is important to remember that epidemics have always been part of human life since times immemorial, especially in India.

When health facilities were not as developed, humans relied on the guidance and teachings of men of religion to find succor and solace.

The history of the Sikh faith, which developed in the Middle Ages in the Punjab region of South Asia, is replete with instances of the Sikh Gurus doing selfless service for the sick and needy in times of need. Their emphasis on good health is also seen in their life stories.

Down To Earth spoke to Mohinder Singh, professor and director of the National Institute of Panjab Studies, New Delhi and Bhai Vir Singh Sahitya Sadan about the topic of public health and the service underatken by Sikh Gurus during times of epidemics. 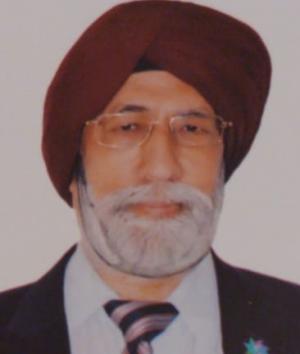 Rajat Ghai: What are Sikh views on health?

Mohinder Singh: Guru Nanak, the founder of the faith, believed that a healthy mind and healthy body have to go together.

In fact, when the guru, after 18 years of travel, finally settled down in Kartarpur on the banks of the Ravi river, he called upon his disciples to follow a fixed routine: Get up early in the morning, take a bath, say your prayers, have a community meal and then go to the fields to work.

The successive gurus followed this teaching. They also introduced newer measures for shaping the health of the growing community.

RG: How did the Sikh gurus administer during epidemics?

MS: The tradition goes back to Guru Nanak himself. There is the story of Noorae di Serai. Once, during his travels, the guru and his companion, Bhai Mardana, were looking for shelter as night fell. The only place they could find was the house of a leper. The guru not only entered the leper’s home but also bandaged his wounds and eventually cured him.

The ‘sarovar’ or tank dug by the fourth guru, Ram Das, at the spot where Amritsar stands now, was supposed to have healing qualities. A woman named Bibi Rajni's husband, who was a leper, was cured after having a dip in it.

The fifth guru, Arjan, built a leprosy home while getting a tank dug at Tarn Taran.

The seventh guru, Har Rai, started a herbal garden in Kiratpur. The story goes that Mughal crown prince Dara Shikoh got cured by the herbal medicine administered by the guru.

When he came to Delhi, he found people suffering from leprosy near Chandni Chowk and it is believed that he cured them of it.

Thereafter, he moved to the palatial house of Aurangzeb’s Rajput general, Mirza Raja Jai Singh, where devotees from all over Delhi visited him to get his blessings at a time when an epidemic of small pox had swept the city.

Jai Singh’s haveli had a well. The water was given by the guru to people who were suffering and was said to cure them.

The devout believe that Guru Har Krishan took upon himself the suffering of the people and left for his heavenly abode. The guru was cremated on the banks of the Yamuna, where the Gurdwara Bala Sahib now stands. Mirza Raja Jai Singh’s home, meanwhile, is today where the Gurdwara Bangla Sahib stands.

RG: Are there modern examples of this tradition of tending to the sick and needy?

MS: Yes, there are. Tending to the sick and needy was continued during the tenth guru, Gobind Singh’s time by one of his disciples called Bhai Kanhaiya. He used to offer water to the injured, both in the guru's camp as well as the Mughal one.

When the matter was reported to the guru, Bhai Kanhaiya was asked to explain. His simple answer was that he saw the guru in every human being. Impressed by his sefless act, the guru gave him ointment and bandage so that he could provide first aid to the injured as well.

Bhai Kanhaiya's legacy continues to this day. A sect called the Sewapathis are carrying on selfless service to those in distress. Bhagat Puran Singh continued serving the destitute and opened a leprosy home in Amritsar, which after his demise is being run a woman named Inderjeet Kaur.

RG: What principles in Sikh theology guided the Gurus to administer to the sick and the needy?

MS: It is very simple. Sikh gurus believed and taught that all are children of one God. Some are fortunate that they have enough food to eat. Other are less fortunate. Those who are more fortunate must share with those who are not. Service before self is the motto of the Sikh community.