World Malaria Day: ‘If we don’t become complacent, we can eliminate malaria like 1965’ 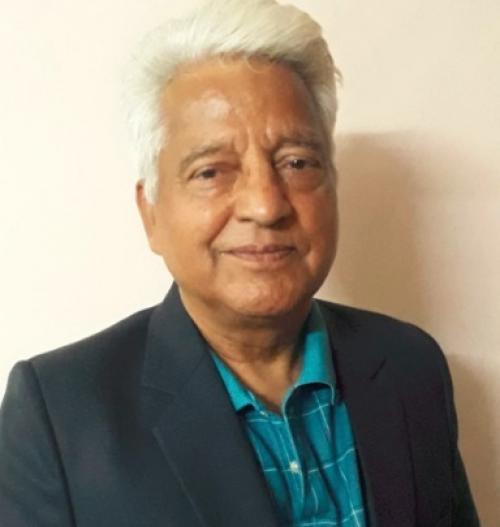 On World Malaria Day, Malawi becomes the first country in the world to begin immunising children against malaria under a landmark pilot programme. The new vaccine can protect people from the disease that has affected large populations in sub-Saharan Africa and India. Down To Earth spoke to PL Joshi, former head of National Vector Borne Disease Control Programme and senior advisor of Malaria No More, about the vaccine’s importance for India and if the country would be able to meet the elimination target. Excerpts:

Q. What relevance would the vaccine have for India?

A. It is an important development in the fight against malaria but its efficacy is only 30 per cent. In a country like India, which has the third-highest incidence of the disease, it would have to be procured in bulk. And India being a resource-hit country, it would not be cost-effective to invest something which has so less efficacy, at least at the moment. We will have to use our resources to fight Malaria very prudently

Q. Prime Minister Narendra Modi had committed to eliminate (zero death) malaria from the country by 2030. Do you think it is achievable considering that we had more than five lakh cases in 2017 and about 200 deaths?

We had almost eliminated malaria in 1965 itself. The death rate had come to zero and the incidence reduced to less than 0.1 million cases. But the vector causing malaria became resistant to DDT and in subsequent years the death rate and incidence went up, partially because we became complacent.

Now, cut to the current scenario. We are using synthetic pyrethroid for spraying. By and large it is working barring few exceptional reports of vector becoming resistant to it too. But if we remain lackadaisical, the vector will become resistant to that too. The longer we take to eliminate mosquito, more are the chances of resistance towards the insecticide. So if we don’t become complacent, we would definitely be able to achieve the target.

Q. Is the coverage of spraying adequate?

A. We have to work on it. One of the challenges is that it is not universally acceptable in the community. People may not like health workers coming to their home and spraying. We have to engage with people to convince them because spraying is extremely important.

Q. Has our surveillance been up to the mark to achieve the elimination target?

A. There’s no doubt that it has to be intensified. Not just the vector surveillance, but even that of cases of malaria and the deaths. Vector surveillance is very important to focus on the strategy to deal with it. If we don’t know the areas properly, we will miss on the important areas. We need more entomologists for it.

The surveillance of cases and deaths is significant because it helps us understand the pattern of the disease in an area and the specific strategy required. ASHA workers are already a part of the programme, but their participation has to be increased because they are frontline workers in such interior areas where the vector breeds.

Q. What about drug resistance?

A. Chloroquine, the traditional anti-malaria drug, is already out of radar because of drug resistance. We are now using artemisinin-based combination therapy. Barring a few small regions, it has not met the same fate as Chloroquine. But, we may not rule out the eventuality completely. Therefore, the best way is to prevent it. Besides spraying, a lot of insistence is now being given on insecticide-laden nets that the government is distributing in more malaria-prone states. The coverage of these nets has to go up.

Q. How do you assess the Centre-state coordination in implementation of anti-malaria programme?

A. The momentum has to be sustained. States like Odisha, Chhatisgarh, Maharashra, Madhya Pradesh and Jharkhand know that they have to take the disease head on. But other states, where there is incidence of cases though not as much as in these states don’t have this programme in their priority list. This is the new challenge. If they also join the momentum, we would be able to eliminate the disease.