Senior international lawyer Nathalie Bernasconi-Osterwalder, who heads the investment programme of the International Institute on Sustainable Development (IISD), has written extensively on the dangers of bilateral investment treaties (BITs) and free trade agreements (FTAs) signed at the regional level. She was previously managing attorney of the Center for International Environmental Law's Geneva office, where she concentrated on issues relating to trade, environment and sustainable development. Bernasconi-Osterwalder’s books include Reconciling Environment and Trade (with John H. Jackson and Edith Brown Weiss) and Environment and Trade: A Guide To WTO Jurisprudence. In an interview to Latha Jishnu, she explains why India needs to take a fresh look at the many investment treaties it has signed. Excerpts: 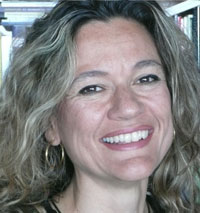 Would it be correct to say that all countries are at risk from BITs and FTAs although the treaties are targeted at developing countries?

Any country that has signed an investment treaty that includes investor-state dispute settlement (including an investment chapter in an FTA) is at risk of being sued. This first became clear with the investment chapter that was included in the North American Free Trade Agreement (NAFTA), a treaty between Canada, the US and Mexico. It is quite clear that the US and Canada thought that the extraordinary remedies included in the investment chapter would serve Canadian and American investors investing in the poorer partner, Mexico. However, claims brought against the US and Canada have exceeded those brought against Mexico. This came as a surprise to the two wealthier NAFTA parties. They reacted quickly to the early challenges, however, by adopting interpretative statements and changing their investment treaty models to become more balanced and to safeguard government policy space.

In contrast, most European Union (EU) members like Germany refuse to adapt their treaties to make these more balanced despite the reality that they too can be sued. The member-states are also taking this unsustainable “don’t change a comma” approach with the European Commission, mandating the Commission to negotiate old-style investment treaties. This also becomes clear from the negotiating mandate with India.

What should India avoid in the EU FTA that it is expected to sign soon?

India has been a leader fighting for the developing countries in multilateral trade negotiations. It is hoped that India will also take a strong stance in its bilateral negotiations with the EU. I believe that India has realized that there are major problems with the old-style investment treaties and the related investor-state dispute settlement system. I hope that this realization will be reflected in its negotiations with the EU. India would not be the first country to depart from the traditional old-style investment treaty model. Brazil, as both a major capital importer and exporter, has not ratified a single such treaty. South Africa is reviewing all of its investment treaties and is crafting a new approach for the future, and Australia has announced that it will no longer negotiate investor-state provisions. There are also some more timid but nevertheless important changes that have been introduced at the regional level as well, such as in Southern and Eastern Africa and ASEAN. In some ways, the North American and some Latin American treaties have also introduced important changes that safeguard government policy space.

But even if India takes a strong stance in its investment negotiations with the EU, this will not solve its problems with its existing investment treaties. India has signed a large number of old-style treaties that leave it vulnerable to challenge. These too must be fixed.

How do you view the case filed by Swedish energy utility Vattenfall against Germany?

Vattenfall sued the Government of Germany under the Energy Charter Treaty (ECT), an energy-specific investment treaty. The Swedish company sought approximately €1.4 billion in compensation, claiming that environmental restrictions placed on a coal-fired power plant would make the project uneconomical. Under the settlement reached in March 2011, Vattenfall obtained, among other things, a modified water use permit and release from previously imposed requirements to build and operate a discharge cooler at the Moorburg power plant. Interestingly, In November 2011, Vattenfall announced that it would initiate a new dispute against Germany requiring compensation for Germany's decision to phase out nuclear power after new risks became evident following the Fukushima nuclear disaster in Japan. The new legislation affected not only Vattenfall but several German energy companies, too. The case demonstrates that the German firms have far less rights than their Swedish-owned rival. While Vattenfall can approach German courts and an international tribunal and enjoys rights under ECT, German entities have only the arguably more limited rights provided in the Constitution.

Why is it that a huge number of FTAs are still being signed by developed (S Korea with the US, for example) and developing countries (Rwanda with the US; half a dozen by Pakistan) in spite of the inherent risks and the experience of the last two decades?

With respect to FTAs, the answer is difficult because these cover so many topics and investment is just one chapter which is often neglected. From our work with the poorest and least developed countries, I can attest that the understanding and negotiating capacity is still lacking. Officials in these countries often have no training in the field and are dealing with investment negotiations among a multitude of other tasks. Despite the absence of conclusive evidence to prove it, these countries still believe that signing investment treaties will increase investment.

Some states appear to simply want to be part of what might be termed ‘the club’ to show that they are modern. And finally, many states, unfortunately, see investment treaties as a diplomatic photo opportunity without being fully aware of the actual legal implications.

There is a general belief that the World Bank-affiliated International Centre for Settlement of Investment Disputes (ICSID) is a secretive tribunal and that very few of the cases that are brought by it are made public and that awards, too, are kept confidential. What is the factual position?

ICSID is not itself a tribunal. The ICSID Secretariat simply administers the disputes brought under ICSID arbitration rules. Each tribunal is composed of two party-chosen arbitrators and a president (chosen by those two arbitrators or the appointing authority). ICSID tribunals are, therefore, very unlike judicial courts. ICSID rules require a minimum of transparency. For example, every dispute is posted and made public. The Secretariat is obliged to publish at least the legal reasoning of the awards, but often also posts the decisions if at least one party has made the decision public or the parties agree to publication. Investment proceedings conducted under other arbitration rules, such as those of the UN (UNCITRAL) or the International Chamber of Commerce (ICC) may remain entirely confidential.

So are proceedings under ICSID better?

Investment treaties typically list at least one or two options of arbitration rules for the investor to choose from. Often treaties refer to ICSID and UNCITRAL, and sometimes to the rules of the ICC, the London Court of International Arbitration (LCIA) or the Stockholm Chamber of Commerce. ICSID rules are the most consistent in terms of transparency. ICSID as an institution is arguably also more adapted for dealing with cases involving state and public policy issues in contrast to the commercial focus of most other institutions. However, from a state perspective, the ICSID rules are stronger and, therefore, more dangerous than the others in terms of enforcement because the system is self-contained. All decisions are binding and can only be reviewed in a very limited fashion through ICSID’s own annulment process. Decisions under other arbitration rules are also binding and final but can be subject to a limited review by national courts. India, Brazil and South Africa, for example, are still not members of the ICSID Convention.

So are such states safe?

ICSID is an important institution and topic, but not the most important. Ecuador and Bolivia, for example, withdrew from the ICSID Convention but are still getting sued under their investment treaties. South Africa never became a member of ICSID but still got sued by Italian mining companies under its  investment treaty with Italy for its Black Empowerment legislation, which aims at redressing inequities caused by the Apartheid regime.

How fair are these investment tribunals?

The composition and structure of investment tribunals raise serious concerns. Investor-state tribunals are built on the model of commercial arbitration between private parties. This is in contrast to how other areas of in public international law usually deal with disputes, namely through judicial bodies and tenured judges or dispute settlement members. All three arbitrators can concurrently serve as counsel in other investment treaty cases and can advance their own (very lucrative) careers and the investment arbitration bar, which has an interest in a strong, investor-friendly system, since only investors can sue the state under investment treaties, but states cannot sue investors.