'Global warming has enhanced the impact of heatwaves'

Jane Baldwin, a climate researcher at Princeton University, USA, spoke to Down To Earth on what enhances the frequency and intensity of heatwaves 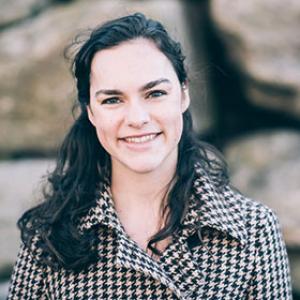 Apart from temperature and humidity what other local weather factors cause or enhance an ongoing heatwave?

One important factor that can worsen heatwaves is the urban heat island effect — that is the tendency for temperatures to be higher over urban regions (where population density is high) compared to surrounding rural places.

This effect is caused by a variety of factors, including dark surfaces (such as asphalt) common in cities, impermeable surfaces that limit evaporation of water, local air circulation caused by high buildings, and heat caused by machinery (such as air conditioners, which can cool inside but slightly warm the outside environment).

What global climatic factors enhance the frequency and intensity of heatwaves in general?

Different modes of variability of the climate system (such as El Niño) can increase or decrease the likelihood of heatwaves over particular regions. Globally, increasing levels of carbon dioxide in the atmosphere are creating an enhanced greenhouse effect and global warming.

This is driving increases in heatwave frequency and intensity in most parts of the globe, simply by shifting the mean temperature of locations, which results in greater extreme temperatures as well. Changes in temperature variability, caused by global warming, may play a role as well, but are not clearly observed at this point.

Have the frequency and intensity of heatwaves increased in the past few decades?

Yes they have, again primarily due to anthropogenic global warming. However, the degree to which global warming has played a role in increasing the probability of a given heatwave depends on the event itself.

Are new regions around the world coming under the influence of heatwaves?

The answer to this question depends on how you define heatwaves. Heat waves are generally considered a number of days in a row in which temperature exceeds a certain threshold. These thresholds vary by location since people and industry are adapted to the local climate to a large degree.

As a result, all places on earth deal with periods of relatively hot days for that place, and so experience heatwaves. However, it is true that due to higher levels of carbon dioxide and global warming places are experiencing more frequent and intense heatwaves.

(This interview was first published in Down To Earth's print edition dated July 1-15, 2019)