Down To Earth speaks to Mrutyunjay Mohapatra, director general of the India Meteorological Department (IMD), about the weather forecasting scenario in India 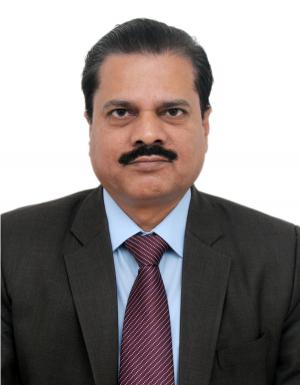 Sitting at his desk in his office in Mausam Bhavan, New Delhi, director general of the India Meteorological Department (IMD), Mrutyunjay Mohapatra was deciding whether a particular low pressure area would form in the north of the Bay of Bengal on September 29, 2019.

This information was critical as a low pressure area would have meant excess rainfall at the fag end of a monsoon season that refuses to leave the Indian Subcontinent. He checked through seven different global and regional weather models, only two of which were showing the formation of the weather system.

Now Mohapatra, often called the ‘cyclone man’ of India, with all his experience, had to decide whether to alert the citizens and administrations of the country about the impeding deluge in Bihar. “One should apply more caution rather than less caution in such circumstances”, he told me.

So he wrote down that there is a low probability of the formation of a low pressure system in the north Bay of Bengal and its subsequent intensification into a depression and movement in the north-north west direction (Bihar) between September 28-30. This went as part of an extended two week forecast issued by the IMD every week on September 27.

Excerpts from an interview with Mohapatra.

How is a live forecasting decision being made at the highest level?

The basic principle of forecasting that I tell my colleagues is that there can be over-warning but there should not be under-warning as low-pressure areas or depressions are high impact events. If we miss them it is more dangerous than giving a false alarm.

People might say that false alarms are increasing but they are in fact slowly decreasing. If at all there is a possibility of something happening, one should not keep silent as a low pressure area will cause heavy rainfall, strong wind and impact everyone.

Even in the case of Cyclone Fani on April 18, out of all the models, only two were showing that it would become a cyclone. But I mentioned in our extended range forecast (for the next two weeks) on that day that a cyclone was going to form.

At the time, we did not mention that it would hit Odisha or that it would make landfall. We just mentioned that a low pressure area would form near the Equator on April 25 and probably intensify into a cyclone.

The first advantage of such an early forecast is that the public knows that there is a development. If a cyclone does develop then the entire Bay of Bengal region is under threat so the fisher folk planning to go to sea for a long period of time (say 10 days or more) can avoid doing so.

Also, disaster managers cannot claim that they did not know about the possibility of a cyclone and were not told about it. They can then warn fisher folk along the coast.

The third advantage is for forecasters themselves as the development will remain at the back of their minds everyday while analysing daily weather charts. So everyday monitoring becomes better for us. This extended range forecast was introduced by IMD on April 22, 2018.

How many weather products and services is the IMD offering the private sector currently?

The IMD is offering quite a few products to the private sector. Since it is the nodal agency for weather- related work in India, the responsibility of basic weather forecasting work lies with it.

Different private sector enterprises are, in turn, using our data for applications and value additions. Dissemination of weather bulletins is also being done by the private sector.

For instance, take agriculture. When we develop the weather forecast for agriculture, we release it in different ranges — short, medium and extended.

These forecasts are being developed in a partnership or collaborative mode with the Union Ministry of Agriculture, state agriculture departments and universities. The dissemination of bulletins is being done through various media like television, radio and also by private organisations like Reliance Foundation and MS Swaminathan Research Foundation.

These organisations also use this data for their own purposes. We provide our forecasts to private media as well. Google utilises them. In that sense, there is no limitation on the dissemination by the private sector.

What role should the private sector play in the weather services industry?

So far, our principle has been that the private sector should complement our work. They should not compete. There can be a collaboration.

For the dissemination of this early warning, we have a Memorandum of Understanding with CROPC, a non-profit that is working in this field. They are indeed adding value to our warnings, also verifying our forecasts and explaining about them to the people.

We are providing our forecasts to the Red Cross and they are also utilising them to prepare for extreme events. There is a similar collaboration in place for heat action plans where we are providing meteorological support.

But one thing common to all these is that there is no financial angle. We are not charging these organisations as we are a public service sector organisation. As far as forecasting is concerned, we do not want any private sector to come up as a forecaster as it is simply not possible for them to do it.

With private forecasters in the fray, will the scientific rigour required for the field of meteorology come down?

If you look at the international arena, core weather forecasting is always done by the national weather services. It is not under private enterprise. In National Oceanic and Atmospheric Administration, they are not happy with what is going on there (the appointment of businessman Barry Myers).

Imagine if you want to forecast the weather in Delhi. Then, you cannot depend only upon what is happening in Delhi. You have to consider the weather conditions in Pakistan, Afghanistan and a lot of other places in Asia and beyond.

For a low pressure area in the Bay of Bengal, you have to examine Southeast Asia, the South China Sea, north east Pacific Ocean and the equatorial south Pacific. For this, you need a vast network and capacity to have all types of observations, have your own observational systems, communication system — India acts as a regional telecom hub for the entire Asia-Pacific.

You should also have the manpower, knowledge, experience and expertise. This is not possible to develop in the private sector.

All that they can do is take up some data from somewhere, do something with it and transfer it to someone else. It is better for the private sector to have applications where they can utilise the data in a complementary mode.

Even the weather parameter data that we generate is free for everyone to use. We also provide it for research purposes but only if it is not funded. Because once funding comes in, they can claim money for data that is available for free from us. With such cases, we are careful.

Are there many crop and disaster insurance claims involving private companies that come back to IMD for resolution?

Some of the states have established extra Automatic Weather Stations to take care of crop insurance and insurance. The claims go to them first. From our side, we provide whatever rainfall information is required to settle any such claims.

Nothing much has moved since then. In principle, public private partnership is being encouraged by WMO. But again, it is left to individual countries to decide on this. WMO cannot interfere in the internal policy decisions of a country as it is an advisory body.

Many people believe that the IMD can do short, medium and long range forecasting for the country but the more localised forecasting can be done by the private sector companies. What is your view on this?

It will further reduce when I come down to Haryana, then to Delhi and to Safdarjung. This aspect of forecasting is universally true. For smaller regions you cannot give the forecast with so much accuracy.

If somebody can give a highly localised forecast without considering large scale forecasts then I will say they are just bluffing. It is not possible. I have heard that private companies are claiming that they can provide village level forecasts. Let us see what becomes of that.