'5G is unlikely to cause health concerns'

India plans to begin 5G trials by 2020, but experts and industry stand at odds over its impact on human health and environment. The fifth generation wireless network promises to be 50 times faster than its predecessor — 4G. Down To Earth spoke to a series of experts on the issue 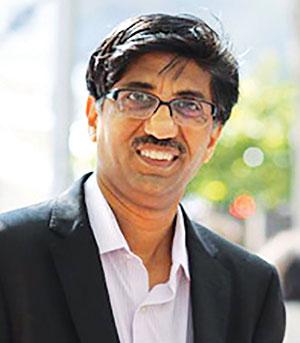 Abhay Karandikar, director of Indian Institute of Technology, Kanpur, and part-time member of the Telecom Regulatory Authority of India (TRAI), tells DTE what the latest generation of cellular mobile connections holds for India.

Q: Is 5G an upgrade on 4G, just the way 4G was on 3G, or a paradigm shift in the way telecommunication works?

It is a paradigm shift in the sense that apart from enhanced mobile broadband experience, the technology will be tailored towards large-scale machine to machine communications and ultra reliable and low latency applications, say, for advanced robotics and intelligent transportation.

Q: Is India ready to make the shift?

We still need to assign and allocate spectrum for 5G. Certain regulatory and infrastructure changes are also required. Backhaul (getting data to a point from which it can be distributed) for 5G is a challenge. Businesses and services exploiting its potential also need to be evolved. India may see 5G trials early next year and some deployments in second or third quarter of 2020.

Q: Where do satellites feature in 5G infrastructure?

They do not have much role, as of now.

Q: Such advanced networks will mean greater power in the hands of corporations and governments for surveillance? How can the misuse of such power be prevented?

It's true that advanced network gives more power to corporations but it also gives greater power to people. Internet has played a significant role in democratisation. Finally, Internet governance is evolving but so are the security and privacy of data.

Q: Many scientists around the world warn that the Radio Frequency (RF) Electromagnetic Fields generated as a consequence of 5G will have a wide range of health impacts.

Typically, RF radiations are nonionising and cause only dielectric heating effects (unlike ionising radiations like X-rays and gamma rays). It is not known yet that these radiations can cause any adverse health effects like cancers as physics of nonionising radiation cannot explain this. Moreover, 5G is going to be deployed in various spectrum bands. The popular bands are likely to be in the range of lower frequency. The ones with high frequency range will have a small coverage and hence their radiated power levels will be within reasonable limits. They are unlikely to cause any major health concerns.