`Remote sensing is being used to predict crop-growing seasons'

Satellite technology is not just being used to monitor and predict climate change events. Its applications are now also accurately estimating crop-growing seasons. Jadu dash, a professor of remote sensing at the University of Southampton in the UK, has been monitoring and measuring the resilience of communities and agriculture systems in Punjab, Haryana and Odisha who are battling the impacts of climate change and natural disasters. He speaks to Shreeshan Venkatesh about the new applications of satellite technology 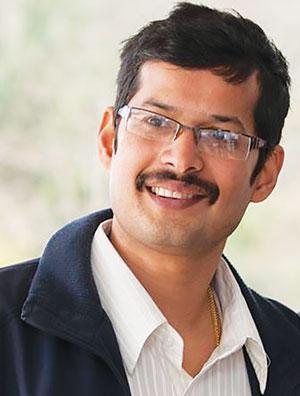 How useful is remote sensing in climate change adaptation?

Satellite imagery and remote sensing are great tools for tracking changes over time. They have a very well-known application in climate modelling, but what I do is slightly different. We use remote sensing data to assess an ecosystem’s response to climate change and their impacts. We do this by tracking changes in vegetation growth and, in turn, the carbon cycle. Changes in climate impact vegetation as it alters or disturbs the growing season for plants, creating an imbalance in the normal carbon cycle that we assume to be true. Remote sensing data is being used to monitor the growing season with precision. With the advancement in satellite products, we are getting up to near daily data, which will enable us to pinpoint exactly when the growing season will start and end. This data is then used as a starting point to infer the specifics of a vegetation growth cycle and productivity.

For instance, a few years ago, we did a study in Punjab and Haryana, one of the highest crop producing areas in India, to assess the impact of climate change on crop production. We found that the maximum crop growth stage was coinciding with peak spring temperatures that lasted for 10-15 days, the period when the grains get formed. But when the temperature rose, it had a negative impact on the development of grains and the overall yield. One of the solutions for this is moving the sowing season a little earlier, which would help in avoiding the “spring stress”.

What can remote sensing tell us about the impacts of climate change and how they can be tackled specifically?

We use satellite images every three to five days, and use the data series for one year, which gives us an idea of the peak growing season. If the length of growing season shifts each year, we analyse the underlying climatic conditions using data from the met office, or sometimes, using the land surface temperature from satellite observations. The idea is to draw a correlation between the period of temperature increase and the overall yield of the crop. In Punjab and Haryana, we used data for 15 years. While this is not enough to draw a solid indisputable conclusion, it is still enough to capture the trend and anomalies in the growing season and link them back to the climatic drivers. We could even come up with a statistical model where one can predict the yield for the next year across the country, using data on temperature, rainfall and vegetation growth parameters derived from satellites.

What can we learn about carbon sequestration through remote sensing?

Changes in the carbon cycle are closely related to the changes in the sources of carbon and sinks—carbon reservoirs. Over here, we are interested in accurate quantification of the sinks. We monitor the Gross Primary Productivity (GPP), which is the total amount of carbon being captured by vegetation or by a plant. In a generalised way, GPP is a function of three main factors, namely incoming solar radiation, the quantity of active biomass present, and environmental factors like temperature and precipitation.

These three components can be used to determine the GPP of a specific location with formulations that are well established and verified. All these components are either directly captured or inferred from satellite data. When you monitor that through time, the changes in GPP and the carbon cycle can be tracked and correlated with changes in climate. The Sentinel satellite of the European Space Agency has certain specific spectral characteristics that can be used to measure even the chlorophyll content in the vegetation of a specific location, which can then help us to infer the specifics of photosynthesis. This provides a direct link to estimate the amount of carbon captured by vegetation.

Resilience building has today become a major talking point in climate discussions, and the PREFUS project in Odisha precisely looked at this aspect. What did you find?

The PREFUS project was very interesting because for the first time we tried to combine the socio-economic dataset with remote sensing information. The PREFUS project looked into the recovery after the 1999 cyclone in coastal Odisha, where agriculture is mainly practised by small subsistence farmers. This was done by monitoring how crop production recovers after damage due to cyclone, and we compared the rate of growth with pre-cyclone levels. Remote sensing helped us identify village level crop production that never recovered after the cyclone, demonstrating low resilience to these events.

To find out why these villages never recovered, we conducted in-depth socio- economic surveys on the field. The surveys revealed that two reasons stalled recovery. The first was the permanent salinisation of the land after the cyclone making them less suitable for rice cropping.

But the second reason is more important. One of the things that happened after the cyclone was that people converted their agricultural lands into prawn gheris, where prawns are cultivated. While this was encouraged by the government, there was no training given for prawn cultivation. The gheris failed within a couple of years and farmers lost both their farmlands as well as their gheris, worsening their livelihood conditions. It is imperative for the government to plan programmes that can help people regain their livelihoods after any natural disaster.

How prominently will remote sensing feature in future climate science?

Satellite technology enables us to draw a global picture of how climate is changing, instead of depending on individual point observatories. In the future, data from satellites will become richer and the inferred trends will become sharper, and it will be immensely useful in monitoring adaptation too. For example, new techniques using microwave sensors can provide information about forest densities and help track deforestation and emissions, as well its impacts on the carbon cycle.