‘Vapour on Venus will tell us if it’s alive’

More than two-and-a-half decades after its last missions to Venus, NASA has planned a trip to Earth’s nearest neighbour 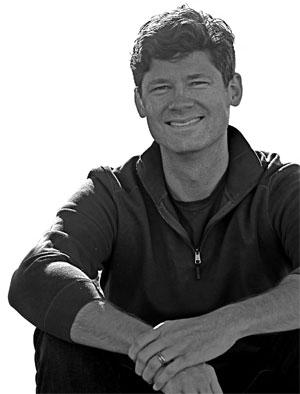 On June 2, the United States National Aeronautics and Space Administration announced DAVINCI+ and VERITAS missions to the planet in 2028-30 under its Discovery Program, going on since 1992.

Space agencies have explored Venus since the 1960s, but focus shifted around mid 1990s. Venus regained interest after researchers from the United Kingdom detected phosphine, a gas released through organic processes, in the Venusian atmosphere.

A week after NASA, the European Space Agency announced a Venus mission later this decade. India and Russia, too, have been planning Venus probes. Described as Earth’s twin due to its similar size and density, Venus’s atmosphere is full of carbon dioxide and clouds of sulphuric acid with a surface temperature hot enough to melt lead.

NASA’s DAVINCI+ (Deep Atmosphere Venus Investigation of Noble gases, Chemistry, and Imaging) will drop a descent sphere to measure the gases in Venus’ air, while VERITAS (Venus Emissivity, Radio Science, InSAR, Topography, and Spectroscopy) will orbit the planet to map its geological features.

We’ll also learn about phosphine, Thomas P Wagner, who leads the Discovery Program, told Down To Earth in an interview. Excerpts:

Dakshiani Palicha: NASA’s last mission to Venus, Magellan, ended in 1994. What renewed your interest in the planet after 27 years?

Thomas Wagner: The Venus missions had been proposed primarily for NASA’s New Frontiers programme, and then for Discovery, but they did not get picked. This is not because there wasn’t a desire to go back to Venus, it’s just that other proposals — for example, the Juno mission to Jupiter or the Osiris Rex, Lucy and Psyche missions aimed for asteroids — beat them.

Venus was also not as big a priority as Mars, where people were eager to detect signs of life.

However, between Magellan and now, there has been amazing technological development. Radars are more sophisticated, as are the radiometers that will map the composition of Venus’s surface and measure the light it emits into space.

The chemical instrumentation to measure the composition of the atmosphere is phenomenal; we can now measure components that are present in minute amounts, like noble gases, which are important in understanding the history of the atmosphere. This is why we picked missions to Venus now.

DP: What scientific return do you expect from DAVINCI+ and VERITAS?

TW: The missions we pick face strict competition. The process began two years ago; we had 18 proposals and we evaluated their science and implementation plans. We then narrowed them down to four. These teams then planned their missions at an even higher level of detail. We looked at their implementability, cost, NASA’s budget, among other things.

So while evaluating their scientific return, we do not just consider the science, but also how it would fit with our portfolio. Right now, we do not have other missions to Venus; we are also going to launch the James Webb Space Telescope to study exoplanets [planets that exist outside the solar system] soon. These missions would help with that.

DP: How will the two missions help scientists understand exoplanets?

TW: We think some exoplanets may be like Venus; hot and giving off a lot of light that we are going to able to see around other stars. And so studying Venus is going to be directly applicable to exoplanet research.

DP: Venus’s dense atmosphere and hot surface temperature throws up many challenges, which have contributed to failures of earlier missions. How do DAVINCI+ and VERITAS plan to overcome that?

TW: Venus is a really tough place to work. These missions have done a couple of things differently to get around that. For example, the DAVINCI+ team spent a lot of time working on the probe [the descent sphere] itself and on keeping it cool enough to last about an hour in the atmosphere and make all the measurements it needs.

They also worked on the design of the chemical instrumentation, to ensure that they do not get blocked by sulphurous droplets. For VERITAS, the team has refined its radar and aims to use wavelengths that can pass through the challenging Venus atmosphere. They also have the Venus Emissivity Mapper (VEM) that is going to measure the infrared light that comes off the surface.

DP: Is there any technology being developed from scratch for these missions?

TW: There is a lot of new development that has not been used before. But when we build new missions, we generally take the best of what’s been done before and improve it slightly for the next generation. A lot of the technologies associated with chemical analyses on DAVINCI+ have also been tried on the Mars rover missions, so they have heritage from that.

DP: The primary goal of DAVINCI+ is to study Venus’s atmosphere, which is 96 per cent carbon dioxide. Is there scope to compare the effect it has on Venus with the Earth’s own rising carbon emissions?

TW: The Earth is in such a different state than Venus that it is hard to simply extrapolate where we are headed in the next few years, apart from just saying Venus got hotter because of more carbon dioxide on its surface. Comparing the planetology of both over a long term — several million years — could tell us if the Earth can become like Venus. But in terms of the climate change that we face now, we need to try and understand the Earth itself at this point.

DP: Comparative studies also say that in its initial days, Venus may have been just like the Earth. Could it have also undergone some kind of climate change?

TW: There are theories that Venus may have been habitable with liquid oceans and an atmosphere, like the Earth. The question is: What happened to them? Maybe Venus lost its magnetic field and the Sun blew away the lighter parts of its atmosphere, and so the planet lost its water. Its state now could also be related to how the planet resurfaced itself; one theory says it has plate tectonics and massive volcanic eruptions, like the Deccan traps [a large volcanic province of igneous rocks] in India.

The huge outpouring of lava from these traps probably changed the Earth’s climate system. Maybe Venus is dominated by phenomena like that. Through these missions, we want to understand how climate change happened on Venus and use that data to understand climate change on the Earth, over a long period of time.

DP: One of VERITAS’ objectives is to detect the presence of water vapour in volcanic erup-tions on Venus. How will it do that?

TW: One of the exciting things about VERITAS is that its VEM has a wavelength that is sensitive to water vapour in the atmosphere. And if it finds vapour, that means there is a source of water, probably a volcano. So the presence of vapour would indicate active volcanism on Venus, which means the planet is alive.

On top of that, the radar on VERITAS is going to map surface topography on Venus and tell us if there are changes since the Magellan era; if a volcano has erupted or there has been lava flow since then. The radar is also going to do repeat pass interferometry, which is a way of mapping a surface so we can see the deformations on the ground and detect faults or volcanic eruptions.

DP: If Venus is confirmed to have had the conditions to sustain life in the past, is there any possibility that it may still be habitable?

TW: There is some scientific literature recently that reported finding phosphine [a gas formed by the break down of organic matter] in the atmosphere of Venus, and so some people speculate that maybe life could not survive on the planet’s surface, but could on its atmosphere. There is a lot of scientific debate in literature.

So when we go to Venus, we’re going to learn a lot more and figure out whether phosphine can be generated by non-biological processes, we’ll measure it if there is an abundant amount present. It’s one of the things that makes going there so exciting; it is pure exploration.